The current moratorium ends on Sept. 7. 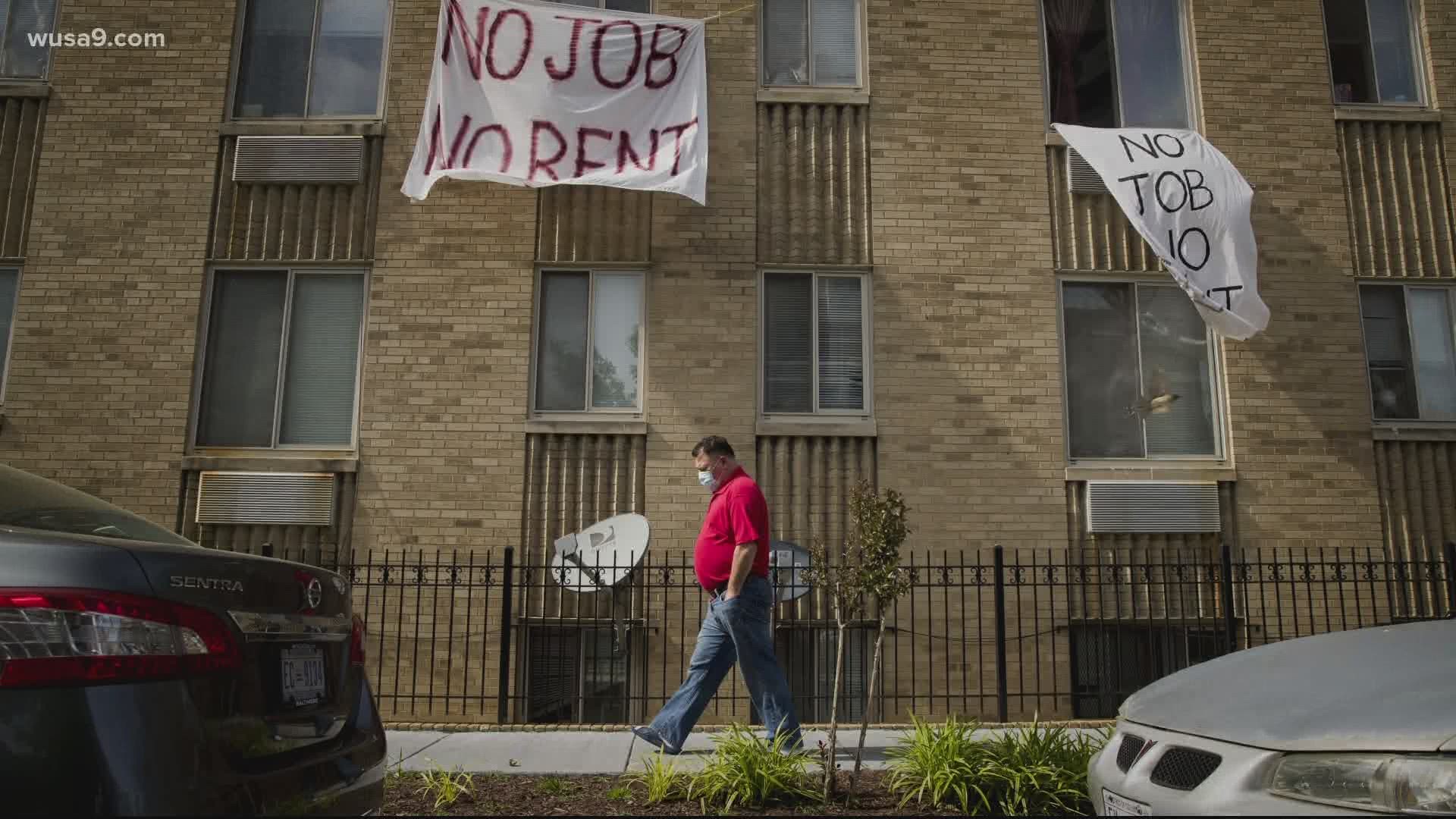 ALEXANDRIA, Va. — Newly filed bills in the Virginia legislature aim to temporarily prohibit evictions through the length of the Commonwealth’s State of Emergency Order, plus the two months after it ends.

Del. Kaye Kory (D-Fairfax County) is a sponsor to HB 5111 and said if passed, the bill would immediately go into effect.

“It codifies what Gov. [Ralph] Northam has been working at doing with his request to the State Supreme Court to put a stay on eviction notice,” Kory said. “What this bill will do is from the date that the bill passes and becomes effective until 60 days after an emergency order has expired landlords basically will not be able to evict a tenant.”

Kory said this will allow tenants to stay in their homes and rental apartments without fear of being evicted. She said this will be in the law and state police and local sheriffs would be required to enforce it.

One Northern Virginia resident said Wednesday if the bills aren’t passed, one in the House and one in the Senate, that he and his family could be facing homelessness.

“I have been living there for eight years, I've never even once been late on my rent and I did not expect this from the landlord. I haven't paid rent for the last five months now,” Nuredin Ebrhim said through a translator.

Credit: WUSA
Ebrhim said he has a child at home and his wife is pregnant, adding to the fear of what would happen if moratorium bills aren't passed.

Ebrhim said before the pandemic he was working three jobs to be able to afford his Southern Towers apartment and pay all of his family’s expenses. He said when Virginia started to open back up one of his employers called him back, but he is only working four hours a day.

“We still need a lot of assistance from the lawmakers to pass this bill. Otherwise, not only are we going to starve, we're going to be going to homeless,” Ebrhim said.

Ebrhim’s fear and frustration was translated through Bert Bayou, DMV Chapter Director of African Communities Together.

Bayou said thousands of people will get evicted if the bills don’t pass. 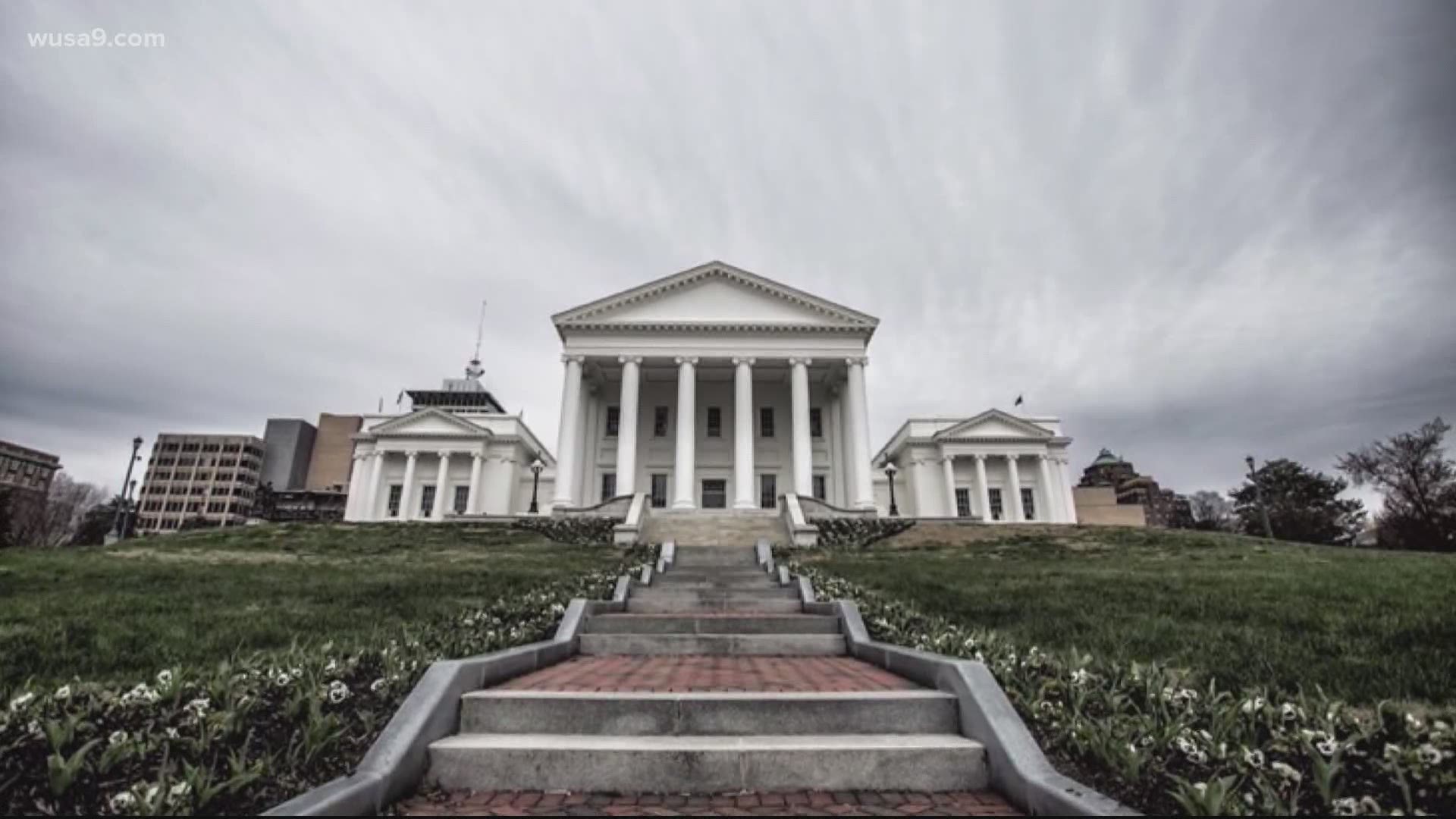 Kory said if passed the bill would immediately go into effect. She said she expects the bill to pass and will be heard in a committee later this week.

“We need to get this passed so there will be no gray areas, and people will not be evicted for being unable to pay their rent. I have heard from a number of constituents stories that are upsetting scary and sad,” Kory said.

Kory said she hasn’t heard any objection to the substance of the bill.

“There’s been a lid on it because of the CARES and because of the eviction moratorium, if that goes away it's going to be pretty dire,” Mary Paden, Chair of the Housing Committee for Fairfax NAACP said.

Paden wrote to Senator George Barker asking him to support the bill to pause evictions, citing information from the RVA Eviction Lab.

Paden said there is a higher concentration in evictions in places where families are poor and sick.

On July 29, Northam instituted a rent and mortgage assistance program for low-income Virginians.

A racial justice political action group in Virginia had criticized the program, saying the $50 million earmarked for assistance wouldn't be enough to help everyone in need.

The commonwealth is under Phase 3 of Northam's reopening plans, and people are still encouraged to work from home if possible - and wear face coverings, and keep a safe social distance, if telework isn't possible.

Under these restrictions, many businesses are facing decreased revenues and extended layoffs, five months after the outbreak started for Virginia.