The new vaccine comes alongside new recommendations from the CDC as to who's up next for the shot. 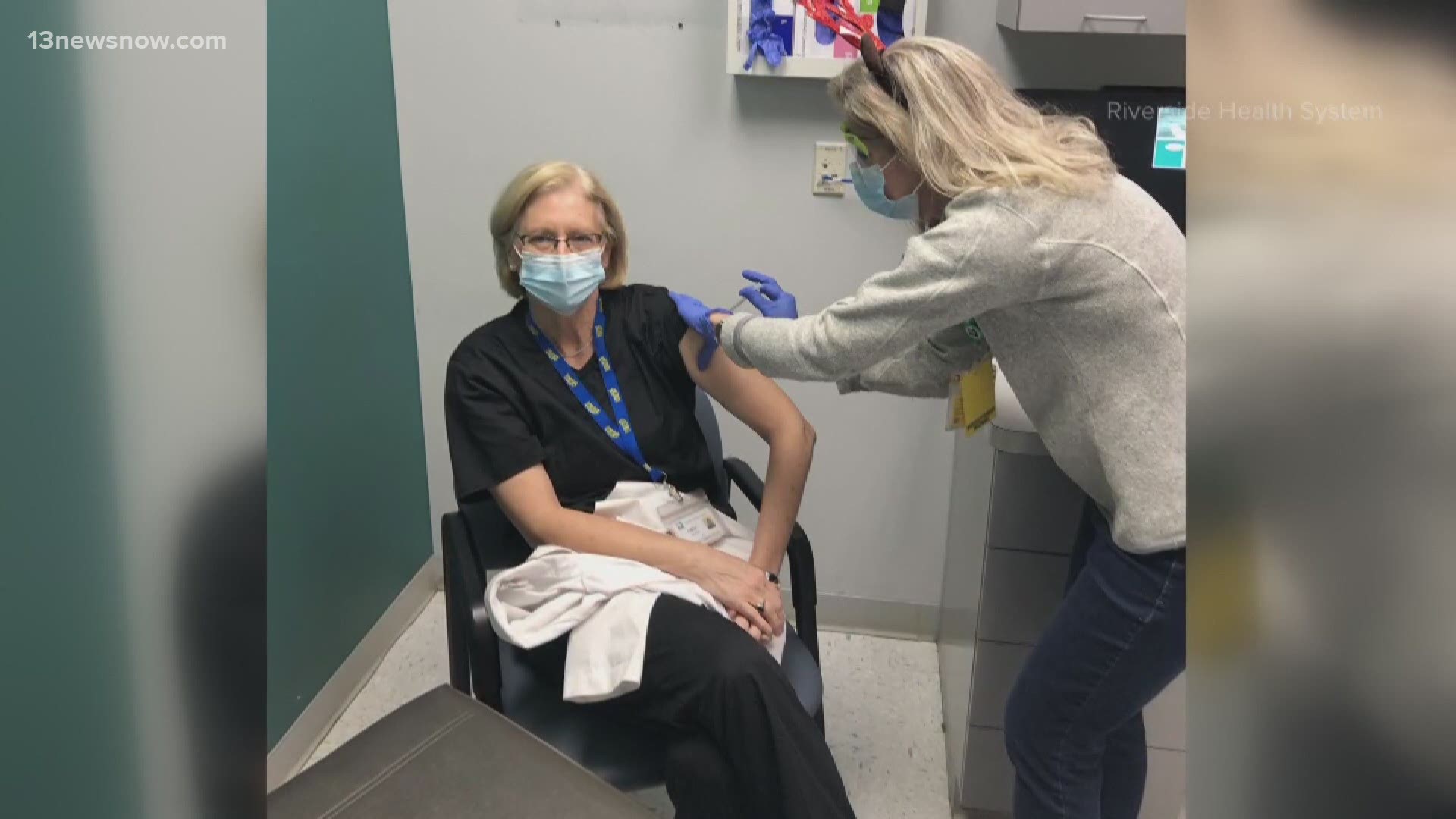 NEWPORT NEWS, Va. — Now that the FDA gave the Moderna vaccine the green light, there are two coronavirus vaccines on the table. So how do you decide which one to get?

She said the shots are very similar, what you get really depends on what’s available, but a key difference is the shelf-life.

“They’re both safe and they both have efficacy so we’re not really concerned," Williams said. “But I think the big thing is we’ve got up to 30 days.”

RELATED: Second COVID-19 vaccine authorized in US is shipped out

The Moderna vaccine can be stored at regular freezer temperatures, rather than the ultra-cold temperatures required for Pfizer’s shot; and once thawed, Moderna is good for thirty days, compared to Pfizer’s 120 hours.

“I think what that will mean for us over the longer term, we may have more flexibility in the locations where we offer that vaccine," Williams said.

Like the Pfizer vaccine, Moderna's is given in two doses.

Williams said about 60% of Riverside employees that are eligible for the vaccine, want the shot. Since Wednesday, they’ve vaccinated more than 1,750 workers.

“We got the Pfizer allocation last week. We will have used most of that initial allocation by the end of this week and we anticipate moving on to the Moderna vaccine early next week because that’s the product that we will have on hand," Williams said.

She got her shot on Saturday.

“I don’t think it’s that much different from when I get a flu vaccine," she said. "I had a little bit of discomfort in my arm where the injection was on Saturday evening and a little bit into Sunday morning. I took some over-the-counter pain medication - some acetaminophen - that seemed to take care of the situation. I haven’t had any other side effects other than that.”

Now that vaccination clinics are underway, who’s up next for the shot? The CDC made that decision over the weekend.

Right now, those in group 1A are getting the Pfizer and Moderna vaccines. That’s frontline healthcare workers and those in long-term care facilities.

Williams said group 1B is next and could receive the vaccine as early as next month, depending on supplies.

“Category 1B will be those individuals 75 and older, as well as frontline essential workers," Williams said. "Those for example that work in grocery stores, those that work in industries that are really necessary to keep things moving.”

Those essential workers also include firefighters and police, teachers, prison and corrections workers, post office employees, public transit workers, and those in manufacturing, and food and agriculture such as the poultry plant workers who experienced outbreaks, this year.

“As we get into 1C, that is going to be individuals 65 and older, those with certain chronic medical conditions – such as diabetes, and then other essential workers that aren’t necessarily frontline workers," Williams said.

Williams said the CDC is trying to prioritize who's most likely to get sick.

“They’re trying to balance that with trying to keep society going, who are those workers that we need to have available,” she explained.