District Director Dr. Richard Williams said the district is still investigating the two outbreaks and developing a list of people who may have been exposed. 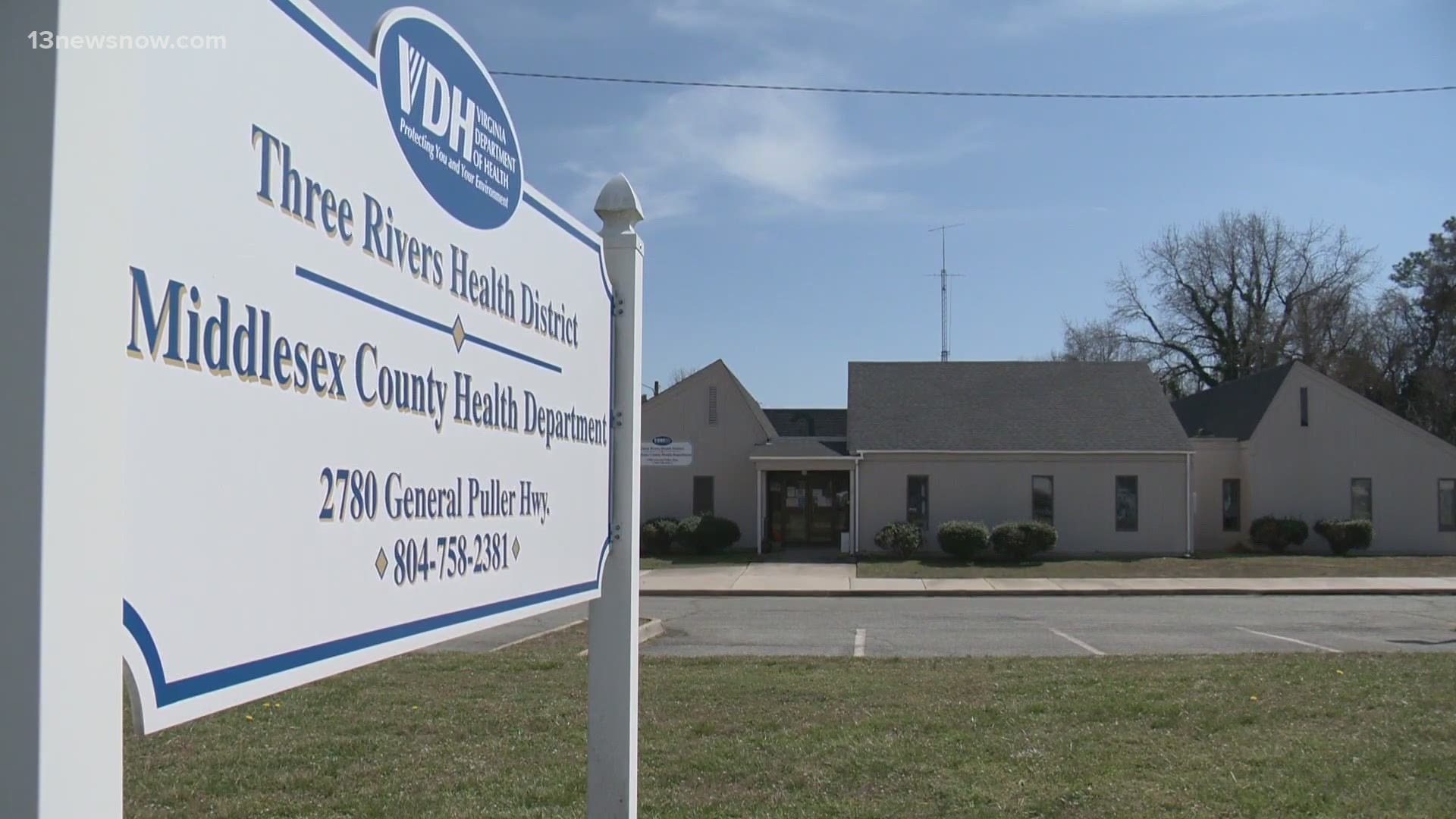 Dr. Christian F. Wathen, MD, FACP with the Middle Peninsula Medical Center said one of those outbreaks happened after several people in Mathews County went to a wedding. Those who were exposed are voluntarily quarantining.

The Three Rivers Health District said the main sources of community transmission are individual exposures and private events in venues that the Virginia Department of Health does not regulate.

Dr. Williams said the district is still investigating the two recent outbreaks and developing a list of people who may have been exposed.

“If there is a virus there, it will transmit,” Williams said. “We're coming back down to where we were -- not at our lowest cases -- but where we were four or five weeks ago.”

Robert Stokes lives in Mathews. He said he heard about the outbreak a few weeks ago.

“Oh my God,” Stokes said. “Is it anybody I know or anyone in my family? I see people all the time with their masks and since this outbreak here the last two or three weeks it's like they don't care. The only thing we can do it put prayer on it.”

Dr. Wathen said they continue to recommend the same thing they have been from the beginning, which is washing your hands, do not touch your face, continue six-foot social distancing, and wear your mask.

The Three Rivers Health District is reminding the community that they can reduce COVID-19 transmission greatly by wearing a mask in public, practicing social distancing in all venues, staying out of crowds, washing hands, and practicing good sanitation.

Higher community transmission levels increase the risk of the virus getting into nursing homes, assisted living facilities, businesses, schools, and other places where people must live and work. We owe it to vulnerable people who will suffer badly with this disease, to our children, and to the welfare of our nation to protect each other during this pandemic.