Archaeologists believe they've uncovered evidence of one of the first Black Christian congregations in American history. 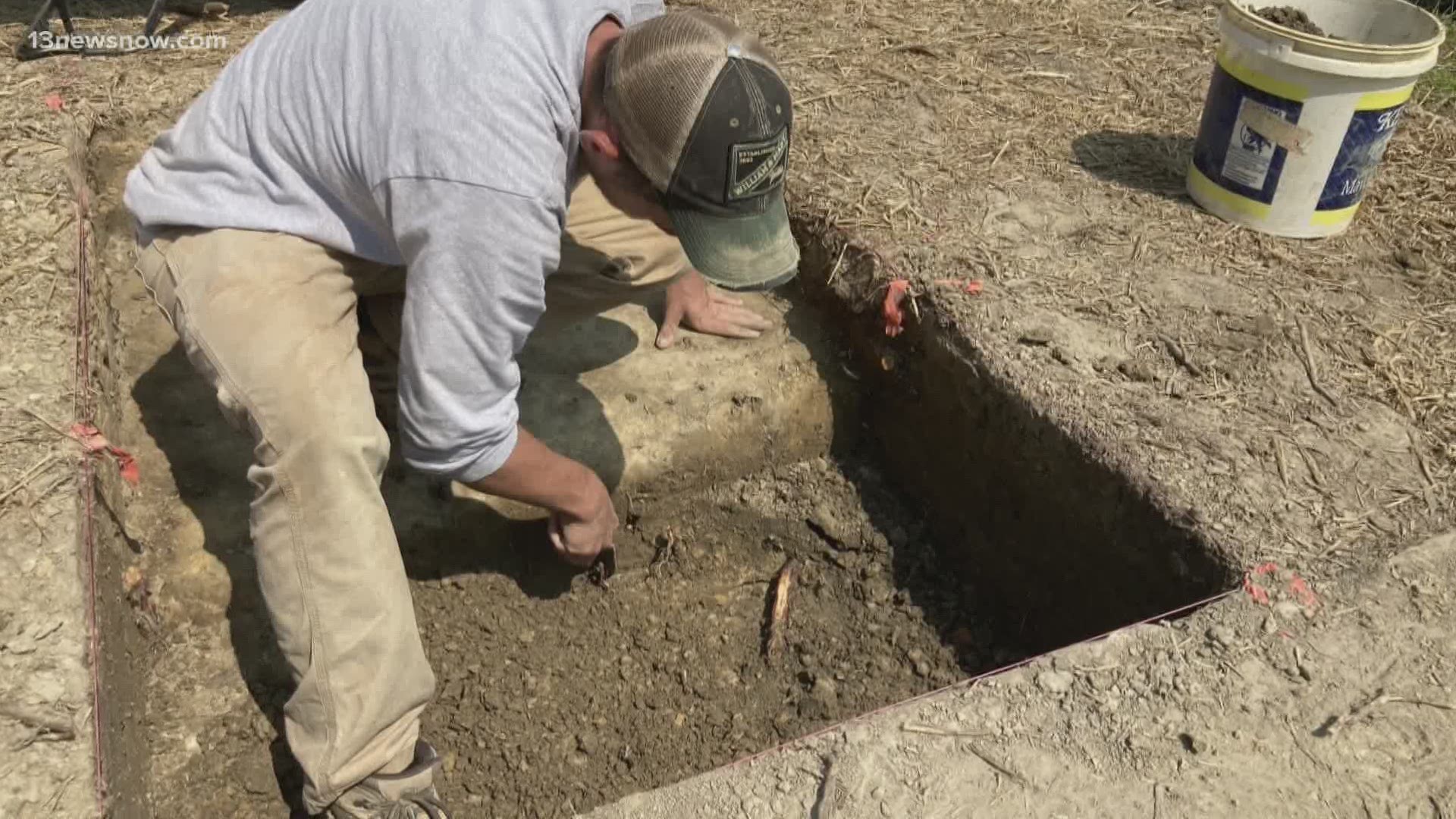 WILLIAMSBURG, Va. — Since September, archaeologists have converged on a small plot of land in Colonial Williamsburg.

What was once a parking lot is now covered in dirt and signs of excavation.

They believe they've uncovered evidence of one of the first Black Christian congregations in American History.

We know during the late 18th century, a group of enslaved and free Black people gathered in secret to form what would become the First Baptist Church.

However, the physical side of the story hasn't been told, or uncovered, until now.

Harshaw was inspired to learn more about the origins of the church after reading a plaque located just off of Nassau Street in Colonial Williamsburg.

The plaque marks the site of the First Baptist Church, but there isn’t an exhibit to accompany it. In March, Harshaw met with Colonial Williamsburg leaders to hash out a plan.

After finding a donor for an archaeological dig, they brought in their lead archaeologist, Jack Gary. His official title is Williamsburg Director of Archaeology.

“If we want to know more about this site, and we want to commemorate it and interpret it in the right way, we need to do archaeology,” said Gary.

Using ground penetrating radar, they identified a foundation near the plaque, in what had become a parking lot.

“The foundation showed up right away, so we knew we had a good chance of learning about this property once we started to dig,” said Gary.

For the first time, they started uncovering physical evidence of a congregation dating back to the 18th century. This includes shards of glass potentially from a church window, fragments of a porcelain doll and an inkwell.

The story was coming together.

“You had slaves who were worshipping in secret - and you also had free African Americans,” said Harshaw. “And then a white townsman, Jesse Cole, donated a plot of land for them to worship. We got it right then. There was a time when a white townsman and black preacher thought it was important enough to allow people to gather, even though it was illegal.”

Phase one of the project recently finished.

In January, they’ll begin a bigger excavation to try and figure out exactly what the building looked like.