New and reinstated requirements are frustrating unemployment applicants, leading to more issues with claims and what applicants call "roadblocks" to get benefits. 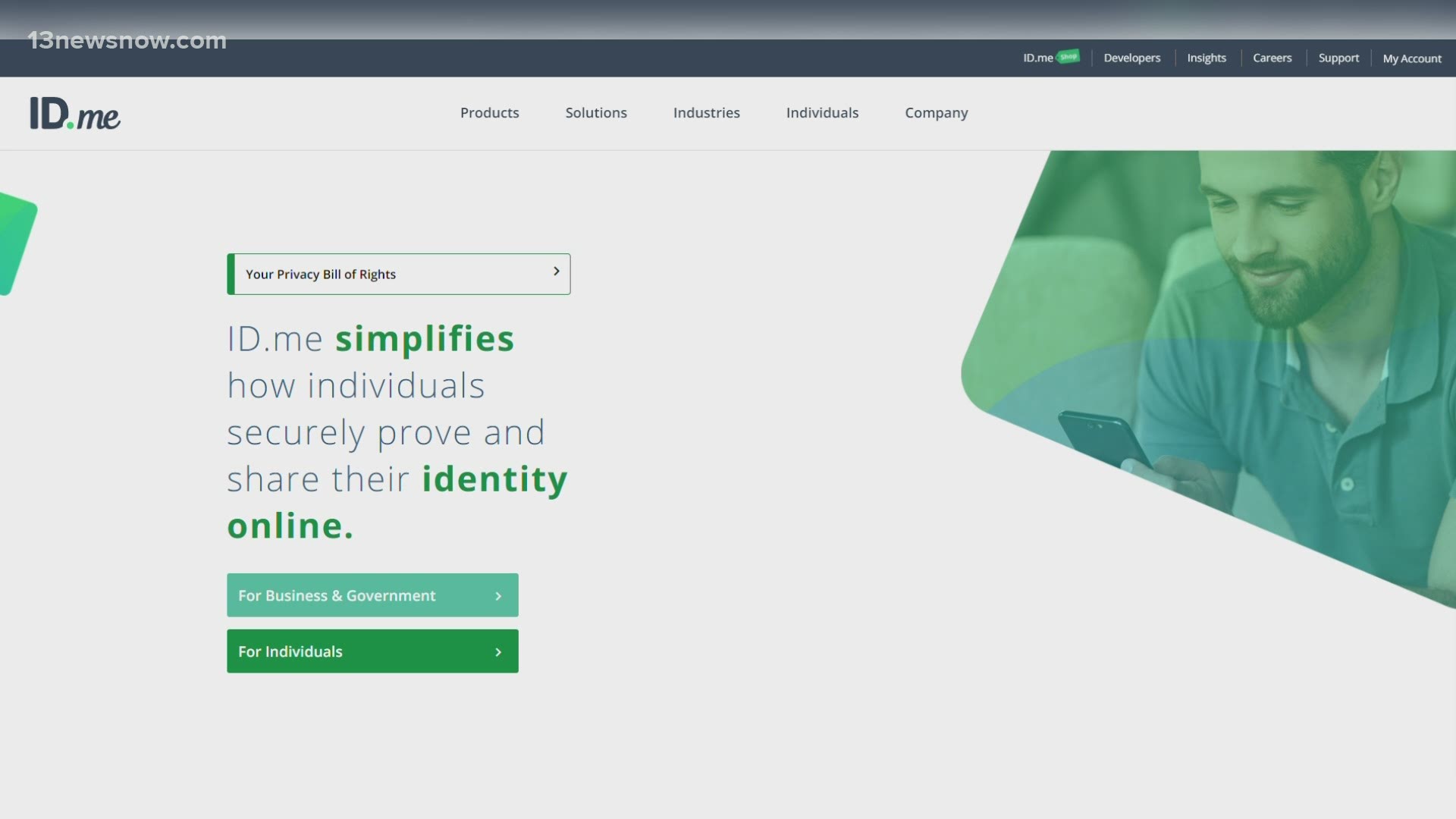 NORFOLK, Va. — Unemployed workers say Virginia's backlogged and increasingly complicated system of filing for benefits feels designed to force applicants to give up.

Some workers said a new appointment system is providing solutions and new requirements have turned into roadblocks, preventing people from getting benefits.

After the Virginia Employment Commission shut down its system for accepting new unemployment claims in April for a fraud investigation, the VEC added a requirement for claimants to use ID.me to prove their identifies online.

Despite weeks of emails and calls, help from an IT specialist, and repeated attempts, Howard Todd said the program won't take his Army veteran ID.

“It’s organized chaos, it’s discouraging," Todd said. "Why make it so difficult? It's not necessary."

The ID.me program is only part of the expanded application process.

The VEC reinstated the work search requirement at the end of May, which prompted some issues with claims among workers who told 13News Now they were applying for jobs, but no longer receiving benefits.

Now, while waiting for a mailed PIN, some claimants said it can take a week or longer before they can continue applying for benefits, which delays payment.

"So many people I’ve run across that I know have just quit trying," Todd said.

Other workers report a new appointment system for help -- which is typically booked two weeks out -- isn’t providing any solutions once they reach a representative.

“I had all my hopes they were going to help me, tell me something, get an end result... and I got nothing," Laura Lee Whitfield said.

She said an agent told her to "reapply again" before ending the appointment. She said she couldn't reapply because her personal information was already registered on a claim within VEC's system.

Days later, after reaching another customer service representative for help, Whitfield said the agent cleared and submitted a new claim in her name, and now she's waiting to see if that claim is approved.

“I knew [of people struggling with the unemployment system in Virginia] and I kind of dreaded going through the system," she said. "I didn’t think it would happen to me but it did.”

In all, applying for unemployment benefits has become increasingly complicated, while the VEC trudges through thousands of claims flagged for review.

“I feel like this roadblock has been strategically put there in an effort to compel individuals to get back to the workforce, and I would not mind if I were able to work in my profession," Todd said.

“I don’t need the extra stress, fighting [prostate] cancer is enough, fighting heart disease is enough, it's not right," he said, fighting back tears.

Now, when he needs help, he said he feels frozen.

“Who is going to stand for the underdog like us when we don’t have the ability to get what we need?”

Nationally, new unemployment claims increased by about 50,000 this past week. About 419,000 filed for benefits. Virginia also reported an increase of new initial claims, up 800 from the week before.