The Virginia Employment Commission added a new online system to schedule appointments and get help. It filled up almost immediately and is fully booked. 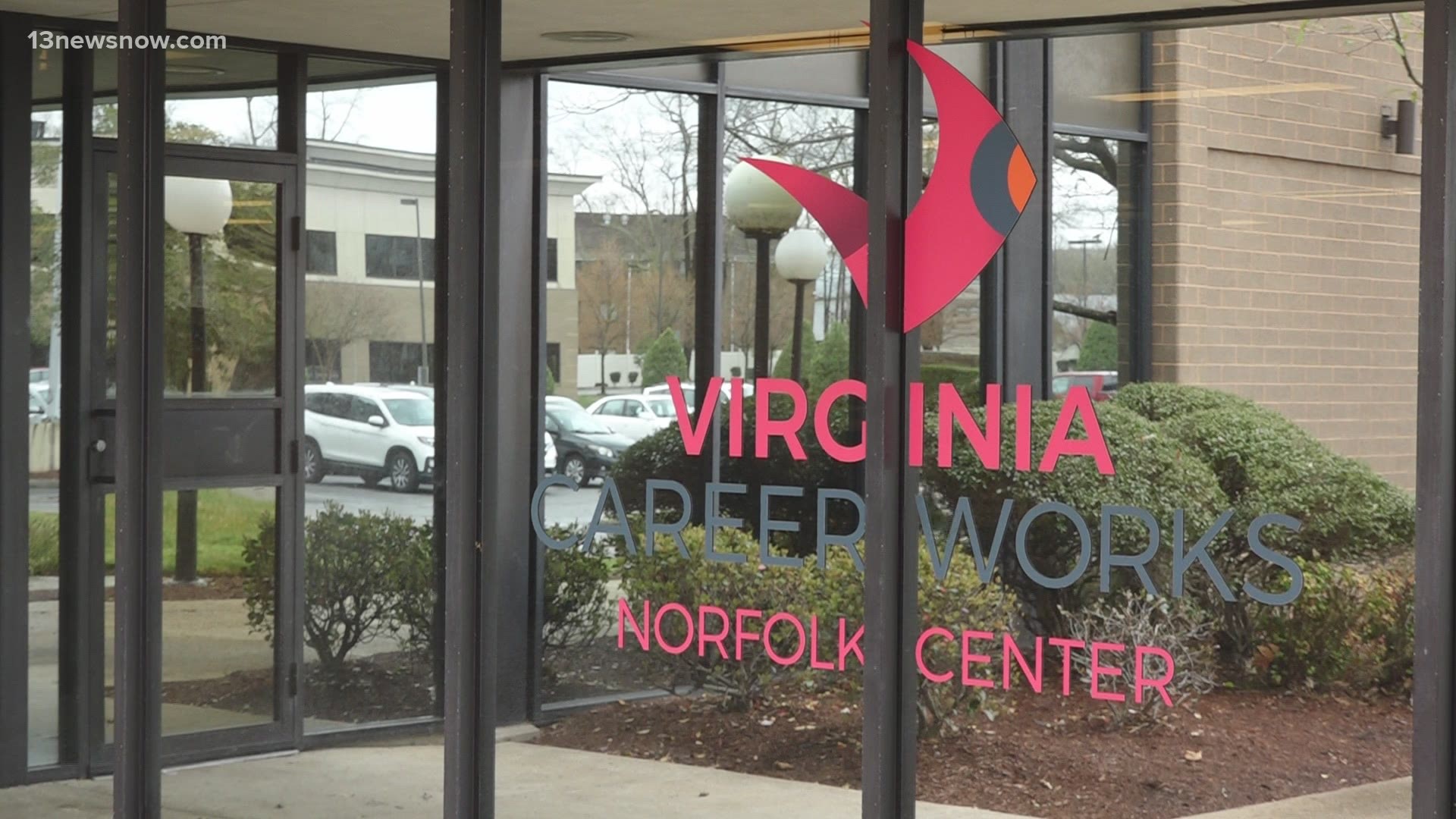 NORFOLK, Va. — Fewer people are filing for unemployment each week, but in Virginia, new claimants aren’t the main problem.

About 59,000 people are still waiting on officials to resolve issues with their claims for benefits, according to the Virginia Employment Commission.

Some unemployed workers are waiting months to find out if they can get paid. It’s been a persistent issue in the Commonwealth throughout the pandemic.

Virginia ranks last in the country at resolving disputed claims and making nonmonetary determinations within three weeks. In 2021, only 3% of Virginia case reviews have been made in that timeframe.

Three weeks is the maximum amount of time federal officials say it should take to provide answers to unemployment applicants.

“It’s a crazy time right now but this just points out a very major flaw in the Virginia system," said Melissa Higgins, an unemployed worker who was receiving benefits through the PUA program.

A week ago, the Virginia Employment Commission rolled out a new system where people can sign up online to talk with a representative about their unemployment claim.

All appointments filled up within hours.

“I couldn’t get one for my area so I just put it for another area, I know that’s probably not allowed," Higgins said.

VEC is offering 4,000 appointments per week, and new appointments appear online two weeks ahead of the time slot. At times, a single appointment can appear during the day before quickly being filled.

At the moment, no appointments are available for unemployed workers in Hampton Roads within the next month.

Higgins was receiving unemployment benefits before they stopped in April.

She said she tried to extend her benefits based on a new federal extension bill, a VEC representative then mistakenly filed a new claim in her name, and the mix-up flagged her claim with an "outstanding issue" -- stopping all payments.

Higgins said she's called every day for the last three months, and the Virginia Employment Commission service line is the most called number in her phone.

Higgins says she thankfully just got a job, but it won’t solve the stress of mounting bills.

"It doesn’t make the need any less great," she said.

The VEC says it has hired more people and is improving technology to speed up its response to the backlog of claims.

The third phase of the VEC's modernization project starts in October.