The costs of chasing Amazon, and lessons learned

Amazon may not be building its second headquarters in Hampton Roads, but the area could see benefits from the effort made to attract the company here. 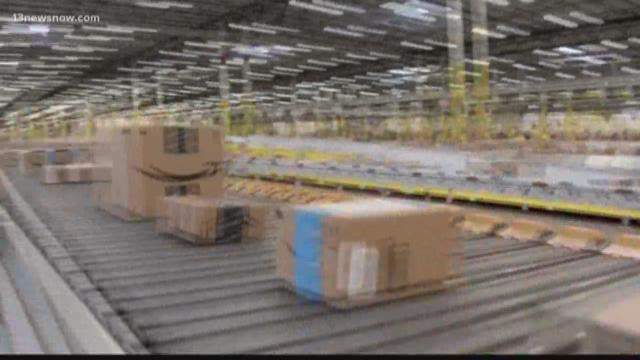 VIRGINIA BEACH, Va. (WVEC) -- The fight to bring a second Amazon headquarters to Hampton Roads might be over, but the effects of the bid process could be felt for some time.

13News Now has learned the City of Virginia Beach spent $99,894 to try to "woo" the retail giant. Those costs include money on engineers, marketing and public relations, and a share of the regional proposal.

Since Virginia Beach is not one of the 20 cities still vying for Amazon HQ2, $100,000 might seem like a lot of money to spend on a lost bid. Now, experts believe there are lessons learned while chasing Amazon.

A pile of documents we requested from the City of Virginia Beach gave us insight into its spending on the Amazon HQ2 pitch.

Minutes from a meeting of the city economic development authority show it actually approved expenses up to $200,000 to spend on the RFP response, but a few months later, the total for the failed-bid only reached half of that.

Minutes from a meeting of Virginia Beach's economic development authority show it approved expenses up to $200,000 to spend on the Amazon HQ2 RFP response.

“It caused us then to think a little bit as a region about what large companies like this are looking for,” Filer told us.

Filer has been at ODU for almost 20 years and explained instead of localities competing against each other, this is one of the first times he has seen a region-wide effort on one particular economic development prospect.

“Now, we have a portfolio of product that's put together as a region to now shop around to other ones, where we now likely have a much higher probability,” Filer concluded.

Those are likely smaller companies than Amazon, but still bids that would be considered "a get." To compete for those, Filer argued officials also have to address any negatives discovered during this courting process.

“We have the ability to work on that and then market those sites in a much better manner going forward,” he proposed.

Filer believes it's important to hold leaders accountable for pulling out all the stops for other projects moving forward.

“That's really the bottom line,” he added. “If they do not leverage this now into something else, yeah that is wasted money for sure.”

After Virginia Beach was out of the running, 13News Now asked officials again for both a copy of the bid and details on the tax breaks and economic incentives offered. A spokesperson said because the Beach was just one part of the state's proposal -- and Northern Virginia remains a viable candidate for Amazon -- she cannot release that information.