School lunch debt will no longer go to a collection agency, it'll go to the Treasurer's Office instead. 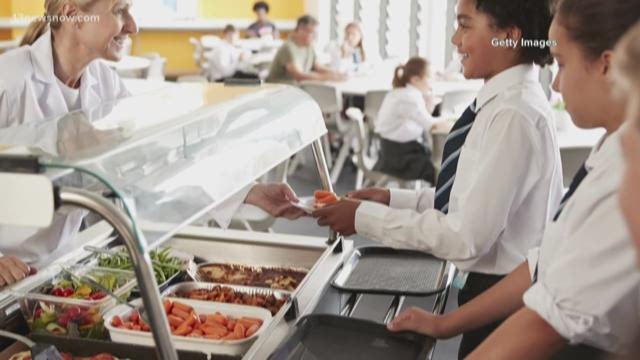 There’s a big update on school lunch debt in Hampton.

Previously, Hampton City Schools would turn unpaid meal charges to a collection agency. Now, the debts will go to the City Treasurer’s Office.

“After it goes to Treasurer's Office, what happens when families still can't pay?” said Bell. “One of the things that we’re looking for is for it to be laid out in the policy and direct.”

Kellie Goral, a spokesperson for Hampton City Schools said the district works with families on a case by case basis and will offer payment plans before sending any debt to the Treasurer's Office.

The district is in the process of figuring out when the Treasurer's Office will begin to notify families of the fees. Goral said district leaders also want to create a threshold between $250-$500 to limit the debt, but that is not finalized as of yet.

Students in the district always receive a regular lunch meal of their choice regardless of any debt or inability to pay.

“We think that's great, every child should be fed no matter what, we just want to take it a step further and make sure that the debt and financial piece isn't left for parents and children to carry, so that's really where some of our organizing work really picks up,” said Bell.

“We would like to see once those kinks are worked out, the policy updated and publicized for everyone to see so we can know exactly what those steps are and what we can expect.

We reached out to other school districts about how they handle school lunch debt.

Virginia Beach City Public Schools and Suffolk Public Schools have policies similar to the one in Hampton, in which they send the debt to the Treasurer's Office.

Chesapeake Public Schools turns the debt over to the Department of Taxation’s Debt Set-Off Program.

All of the districts that responded to 13News Now have a policy of notifying and communicating with families before the debt goes anywhere else.