According to Chesapeake police, 19-year-old Sarah Wilson was handcuffed during the traffic stop, then somehow got ahold of a firearm and killed herself. The gun was not a police-issued weapon. 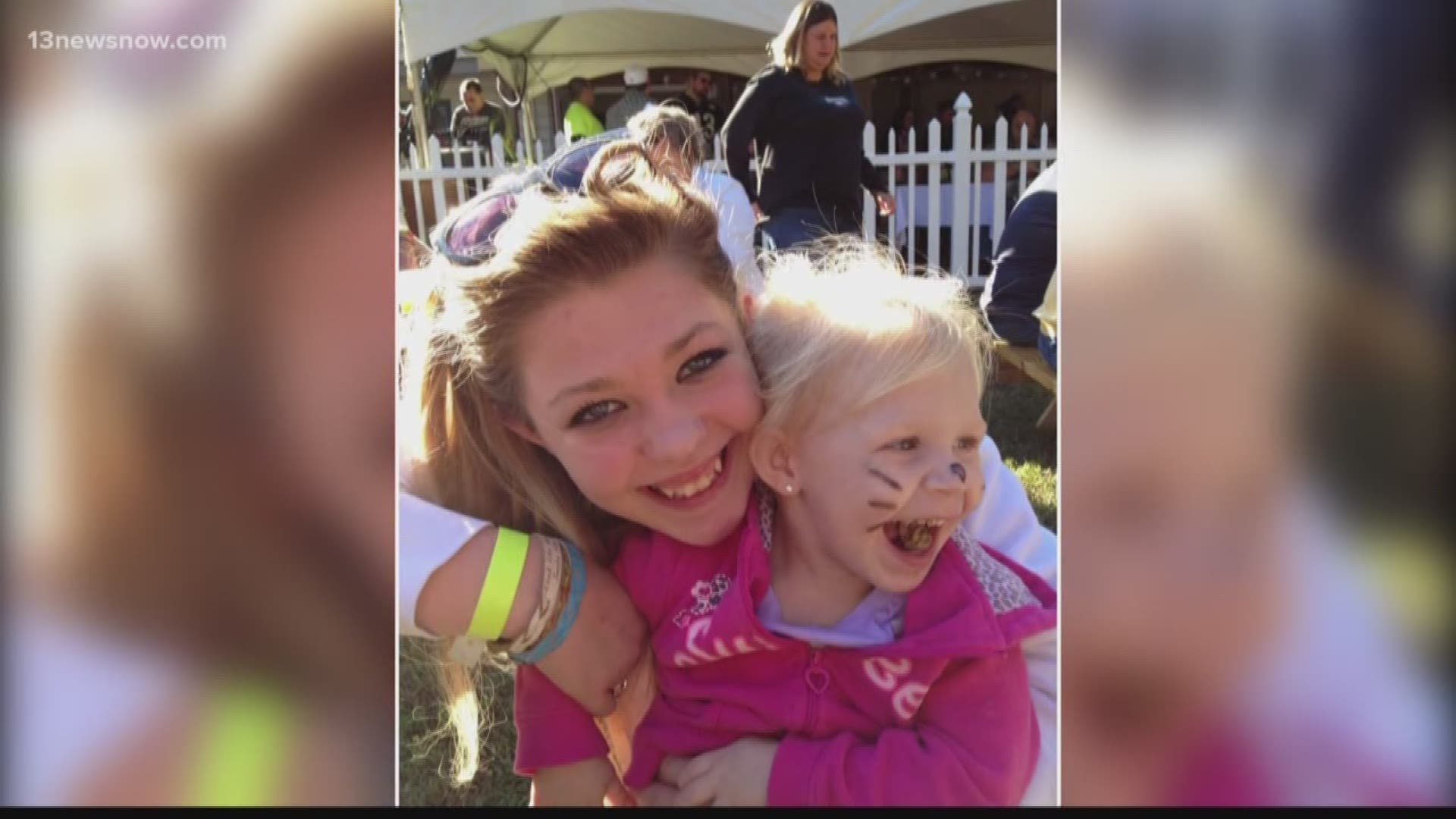 CHESAPEAKE, Va. (WVEC) — Dawn Wilson lost her daughter, Sarah, nearly a week ago. Sarah was just 19. She was traveling in a car with her boyfriend, Holden Medlin, when they were stopped by police.

Chesapeake police say they had probable cause to pull the couple over, but they aren’t saying what that cause was. An investigation has been launched into what happened, according to Chesapeake Police Department Spokesman Leo Kosinski.

"Criminal investigation side, and then our ethics and conduct unit, they always look into stuff like this also. Then, police are a witness to a death they would always look into it,” said Kosinski.

Kosinski also says the officer who pulled Holden out of the driver's side was the only officer on the scene with a body camera recording.

"As the officer at the driver's side door goes to pull out Holden, he goes to pull him out. Goes to handcuff him, Holden starts resisting, starts fighting him,” said Kosinski.

Kosinski says the officer leaves Sarah by the car and runs to help get Holden under control.

"During the struggle, the body cam gets knocked off, hits the ground, goes offline,” said Kosinski. Police say it was during that struggle that Sarah – in handcuffs – moved toward Holden's car.

"Sarah somehow gets back in the car, reaches in the car, gets a firearm, that's when she killed herself,” said Kosinski.

"He said that she was cuffed and that she was able to take a revolver and shoot herself in the mouth,” said Dawn. But she says that she’s also heard other versions of what happened that day.

"She was pulled from the car by the officer by her hair. She said to Holden, 'I'm scared,' and the officer said there's no need to be scared, and then she was on the ground,” said Dawn.

But Kosinski says that’s not true.

"It's feasible that when somebody's handcuffed, they can still wiggle themselves around and still do things,” said Kosinski.

But Dawn says Sarah would never have committed suicide because her family was counting on her.

"My health has not been the best, she also knew that. She knew that those girls were going to be coming to her,” Dawn said.