Court documents said Laura Miles' husband got a text message saying she was "okay." Her husband was suspicious something was wrong because Miles always wrote "ok." 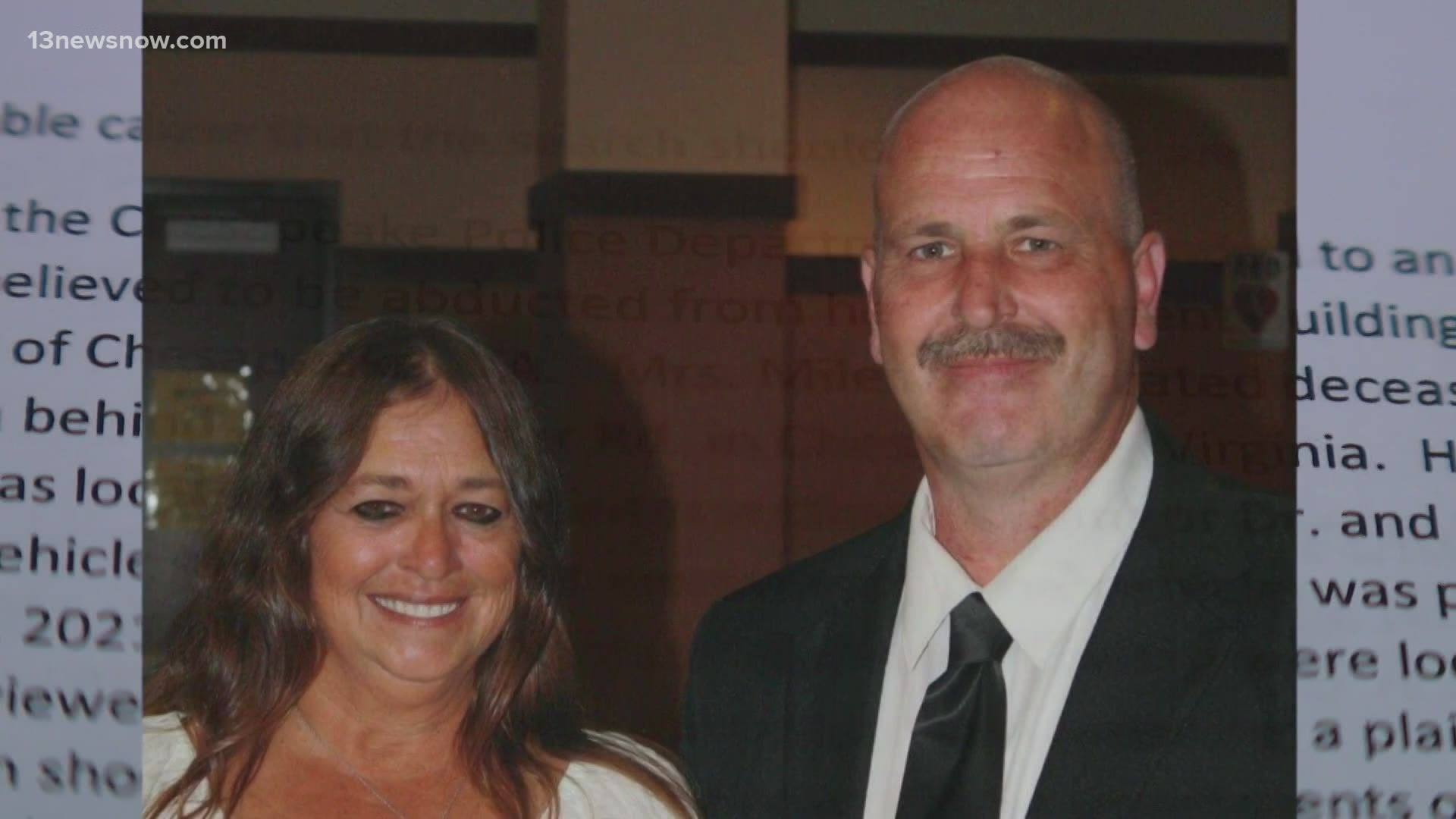 CHESAPEAKE, Va. — Laura Miles, the woman whose body was found off Taylor Road in Western Branch last week, was on the phone with her husband moments before she went missing, according to court documents.

Raheem Cherry, 19, is now facing multiple charges, including first-degree murder, in the death of the 61-year-old woman.

Miles was reported missing on the morning of May 17. Her vehicle was found unoccupied away from her home and workplace in an area she normally didn't frequent. Later that evening, police said Miles' body was found in a wooded area in the 4600 block of Taylor Road.

A search warrant released to the public Tuesday said Miles had multiple stab wounds. Investigators believe Miles was abducted in the parking lot of her apartment complex, which is off Taylor Road.

Court documents state Miles' husband was on the phone with her that morning when he heard her scream and then heard a struggle.

That's when the phone disconnected. Miles' husband tried to call her back but she never answered the phone.

Her husband then got an unusual text message saying she was "okay." But the documents say Miles' husband became suspicious because his wife always writes "ok" when using that word.

He also said that his wife would end conversations saying she "loves" him -- but didn't, during this text exchange.

Cherry was arrested on Saturday. He lives in the same apartment complex where Miles stayed.

Documents said Cherry moved to Chesapeake from Richmond in March, and he was living with his girlfriend for the past couple of weeks.

Miles lived in New York, but would often travel to Hampton Roads for work and would stay for several weeks at a time.

When Miles' F-150 truck was found, court documents say Cherry’s fingerprints were found on the vehicle. Her phone and keys were not found.

Cherry faces charges of first-degree murder, robbery, abduction, and concealment of a dead body after an investigation into Miles's death.

BREAKING: Newly released court documents tell us more about what happened to Laura Miles. Docs say her husband was on the phone with her when he heard her scream and then heard a struggle. Paperwork says the phone was then disconnected. I posted more details below. #13NewsNow pic.twitter.com/2ZLkCF1nfE

Investigators said they searched Cherry’s home. They seized a box cutter and several pieces of clothing.

13News Now reached out to Cherry in jail to see if wanted to share his side. He denied the request to interview.

Cherry’s next court date is set for August 11.