A federal judge sentenced Jenis Plummer, Jr. to 30 months in prison. Plummer said he smuggled drugs and contraband into Chesapeake City Jail when he was a deputy. 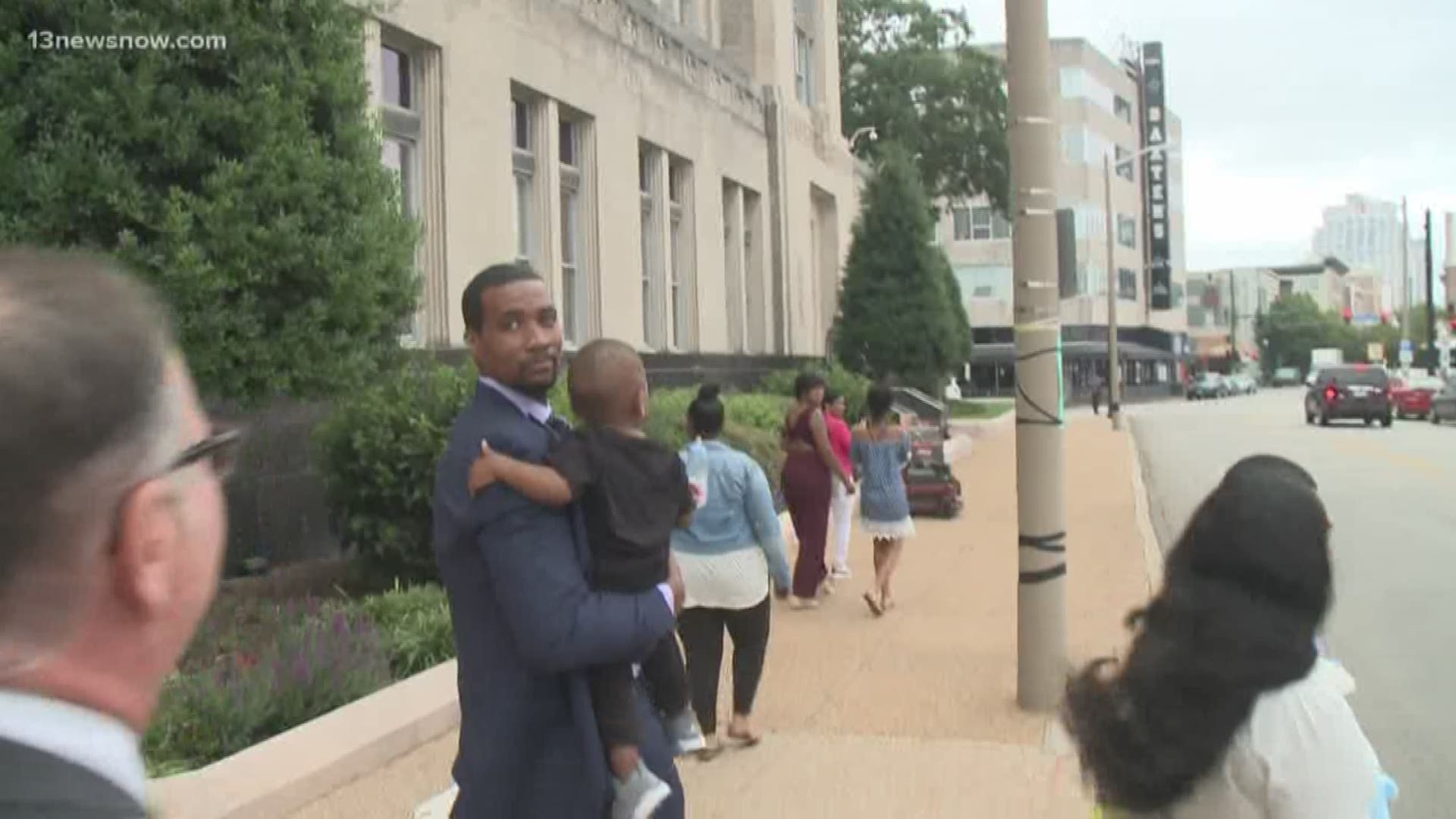 NORFOLK, Va. — A former Chesapeake Sheriff's deputy was sentenced to two and a half years in prison on Monday for smuggling drugs, contraband into a local prison.

In exchange, conspirators gave Plummer over $6,500 in cash.

From July 2017 through January 2019, Plummer knowingly and intentionally worked with an inmate in the jail to execute the scheme. On numerous occasions, Plummer contacted the inmate’s girlfriend and arranged to meet her at different places throughout Hampton Roads to pick up the contraband, court documents said.

At these meetings, the inmate’s girlfriend gave Plummer the illicit contraband in blue latex gloves. Plummer then smuggled the items into the jail, and he delivered the items to the inmate.

Court documents claimed that numerous individuals connected to the inmate paid Plummer with cash, via CashApp and PayPal.

On one occasion, law enforcement saw the inmate’s girlfriend drop a black sock containing contraband at an arranged meeting location in a cul-de-sac on Horse Run Drive in Chesapeake.

Documents said law enforcement took the sock and replaced the suspected bags of narcotics with two bags of fake narcotics. The sock was then returned to its original spot.

Later, officers saw Plummer go to the cul-de-sac and get the black sock containing the fake contraband and fake drugs.

After being approached by law enforcement, Plummer, and his conspirators, separately admitted their involvement in the conspiracy.

Plummer pleaded guilty to smuggling the items back in April of 2019.