Plans are in the works to revitalize Greenbrier Mall, which is currently missing an anchor store. 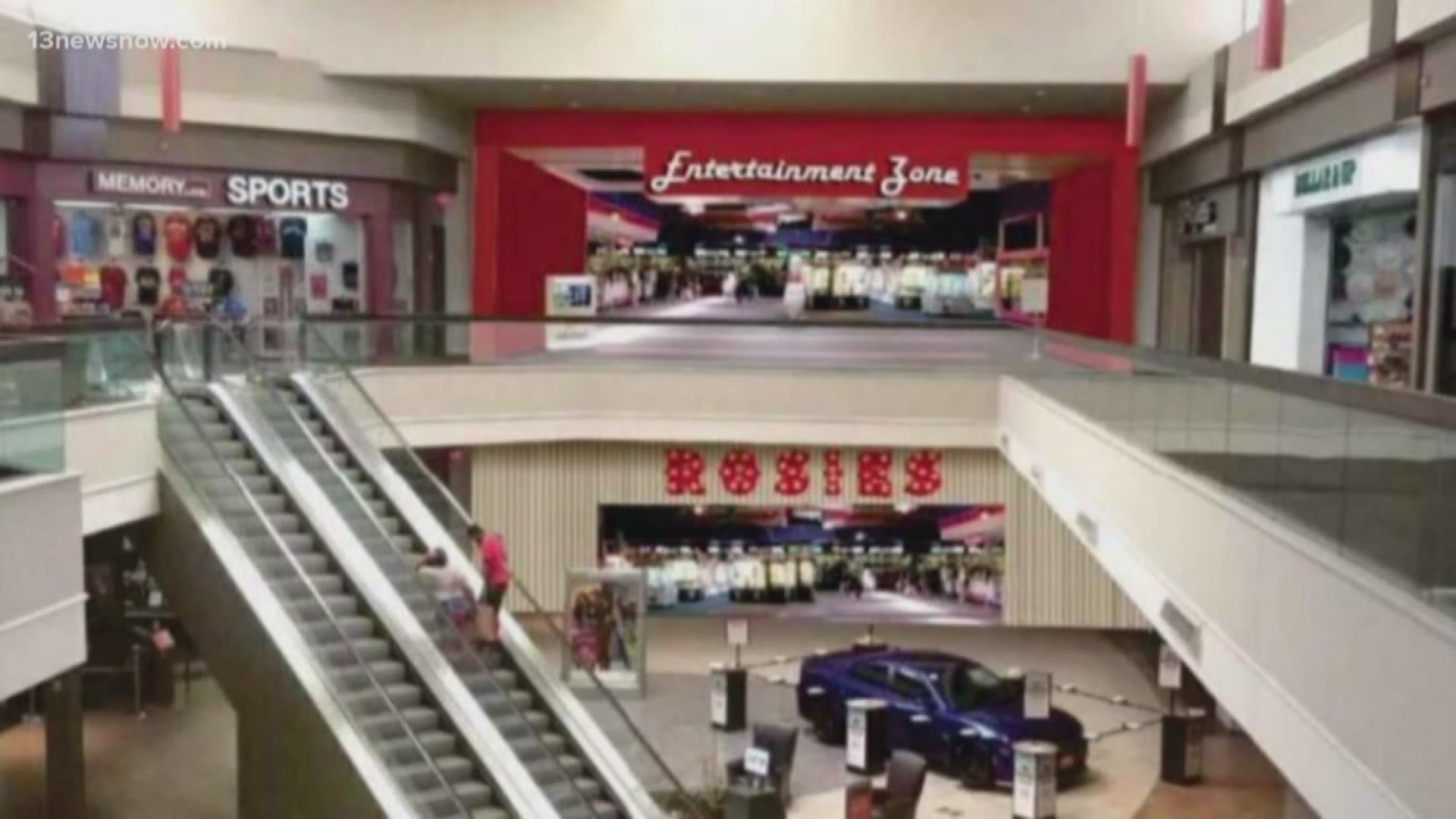 CHESAPEAKE, Va. — A developer wants to change up the atmosphere at Greenbrier Mall.

The plan as it stands now is to open a Rosie’s Gaming Emporium, a brewery and restaurants, and add a nearby four-story hotel.

It would be located at the old Sears’ department store that shut down in 2018.

“I think it’s a draw for people,” explained Brynne Murawsky.

According to online plans, the developer wants to make the proposed Rosie’s similar to the one in Hampton, with about 700 horse racing gaming stations. The plan is to also put a brewery and entertainment on the second floor, as well as four freestanding restaurants and a four-story hotel nearby.

“I think it’s a good idea for the mall. It’s better than an empty store. It will bring people back to the mall. It is kind of a ghost town over there,” Parker explained.

Not everyone is on board with the plans. Some city leaders, as well as people who live in Chesapeake, said they worry about congestion in the area.

Last week, the planning commission delayed their vote due to their concerns about traffic and parking. The plan is to bring the topic back up on April 8.

Council members were expected to discuss the development at Tuesday’s council meeting, but it was continued to a later date.

RELATED: The battle to stop the development of two hotels, 154 apartments in Greenbrier