VERIFY: There is a law in Chesapeake against overage trick-or-treating.

Mayor Rick West told 13News Now that the law hasn't been enforced in the 45 years it was on the books. If you cause problems though, you will get busted. 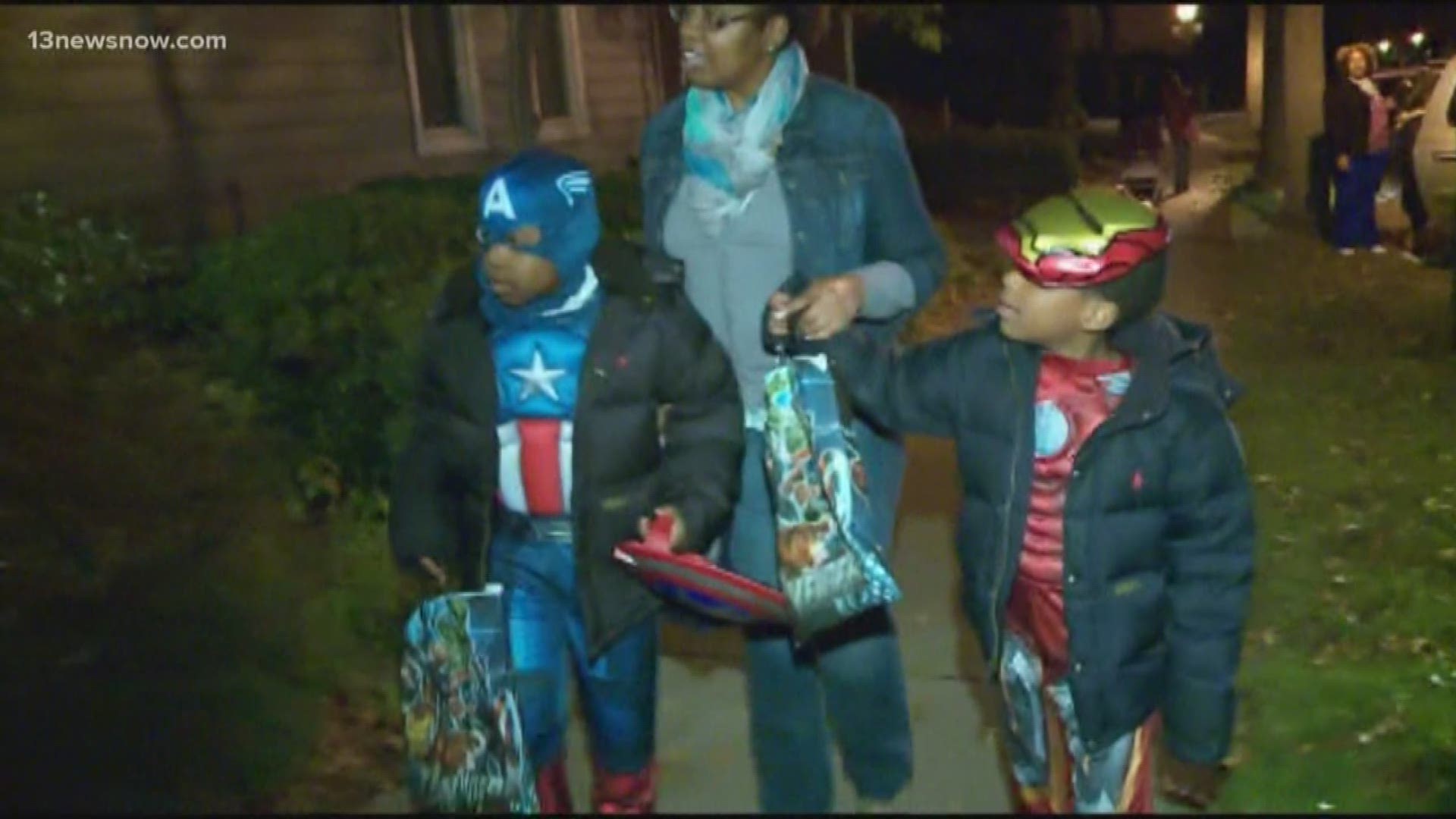 CHESAPEAKE, Va. — Getting arrested for trick-or-treating?

So what are we talking about? A city ordinance that puts an age limit on trick-or-treating.

People might argue that it's an activity for children, but others might feel if older teens want to trick-or-treat and are staying out of trouble it shouldn't be an issue.

Another question: Does an age limit on trick-or-treating limit the childhood of some teens?

The tweet below pretty much sums up how people feel about the law.

Despite the information in the tweet being a year old, it was tweeted this year, and it got people talking.

So we're looking to verify: Is that city ordinance, threatening jail time for trick-or-treaters over the age of 12, still on the books?

We took a look at Chesapeake's city codes and an interview we did with Mayor Rick West from February.

In March, city council voted to remove the penalty and raise the age limit from 12-years-old to 14-years-old.

The full ordinance on trick-or-treat activities for Chesapeake is below.

RELATED: Chesapeake updates ordinance: No jail time for teenagers too old to trick-or-treat

Mayor West noted that in the 45 years the rule was on the books, it was never enforced.

Overage trick-or-treating is still on the books, but kids won't face any jail time or fines.

In October of 2018, a 45-year-old City of Chesapeake ordinance about trick-or-treating rules became a viral sensation. The fact was, though, that this law had never been enforced; it only existed to give Police an option, should things get out of hand on Halloween. In fact, it was created following a particularly violent Halloween in a neighboring City.

While we appreciate all of the concern and attention we received from around the country last year, we’d like to assure everyone that, in fact, we do NOT arrest teens for trick-or-treating and never have. Earlier this year, the Chesapeake City Council voted to remove the (never before used) penalty of jail time from the ordinance and to raise the age limit from 12 to 14. This makes our ordinance one of the least restrictive in the entire Hampton Roads region.

The City of Chesapeake wishes everyone a safe, fun, and candy-filled Halloween!

City of Chesapeake Government
UPDATE (7:05 a.m.) - Traffic remains heavy but All Lanes Have Reopen... ed. TRAFFIC ALERT - Mt. Pleasant Road westbound, at the Rt. 168 entrance ramp, is blocked due to an accident. It will take 15 to 30 minutes to reopen the roadway.

But, if you are out there causing trouble like smashing pumpkins, messing with people's decorations, picking on younger kids who are just trying to collect some candy or anything else, you will get busted.