Hampton leaders made the decision to modify services due to COVID-19. 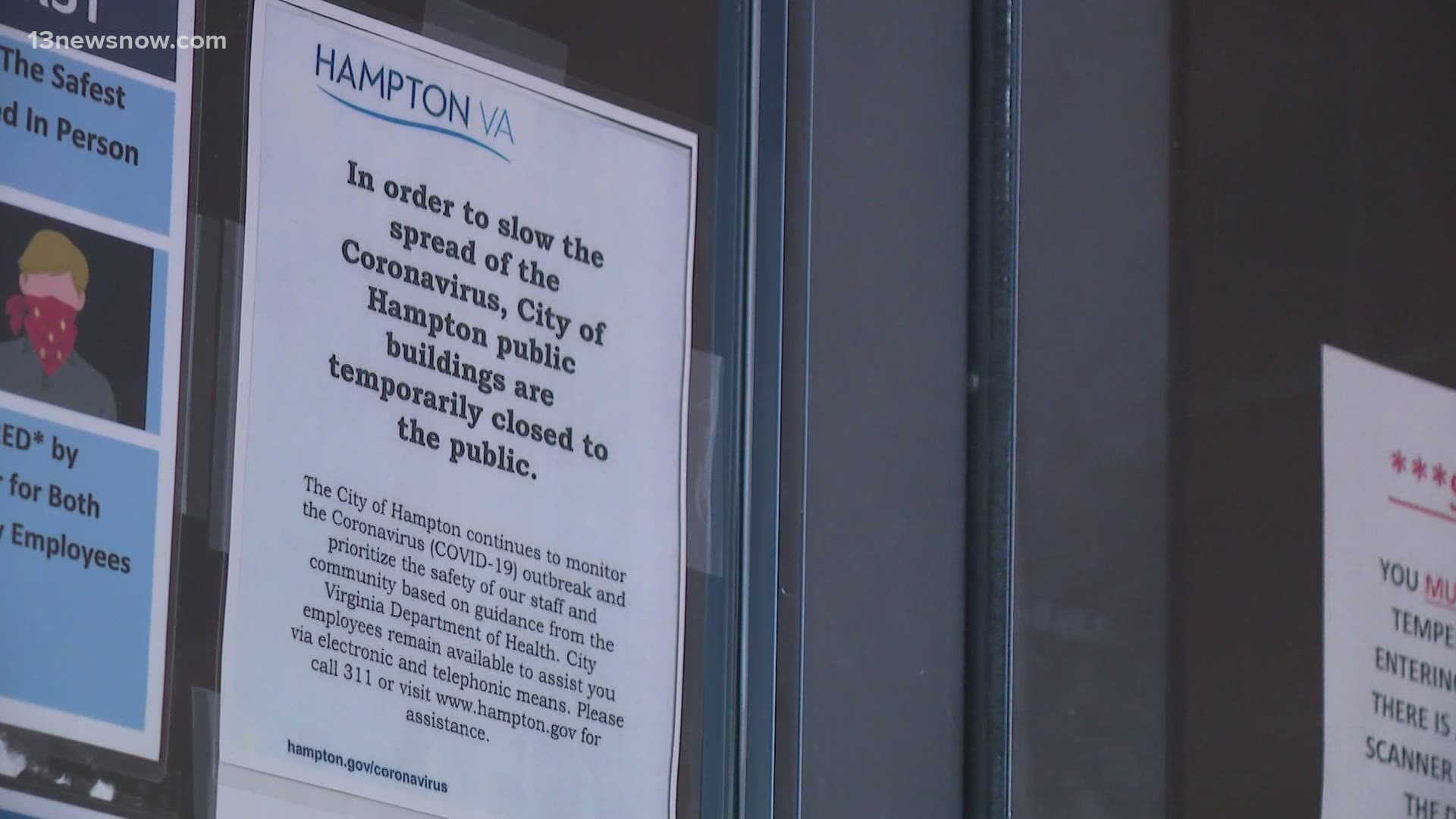 HAMPTON, Va. — The City of Hampton is trying to stop the spread of COVID-19, and this includes changes to city hall and their police division.

Hampton residents must have an appointment to come into city hall and the Hampton Police Division headquarters is closed to the public.

"We’re going to an appointment-only system for most of our city services," said Hampton City Manager Mary Bunting.

On Tuesday, Mayor Donnie Tuck announced the City of Hampton has the highest COVID-19 positivity rate in Hampton Roads.

Hampton city leaders made the decision to turn to an appointment-only method for residents walking into city hall.

The Hampton Police Division also announced it has closed its headquarters to the public. Hampton police sergeant Reginald Williams says some services have changed.

“The only thing that would typically change is if someone would come to file a police report at headquarters or to receive records request or pick up some property or be fingerprinted. Those services are going to be conducted by appointment only or by telephone," said Williams.

Hampton resident and restaurant owner Taran Jones found out about the changes Wednesday when he went to city hall. Jones closed his restaurant to stop the spread and may start doing takeout.

For now, he's using his space is as a donation site for items that can help people, which is what he thinks Hampton's appointment-only policy will do.

"I definitely think it’s necessary especially if our cases are rising. I just think that we need to all unite and come together as one and try to get rid of this COVID thing because it is real," said Jones.