Police said the 15-year-old student opened fire inside the building and that he faces several charges. Two other students were hurt in the shooting. 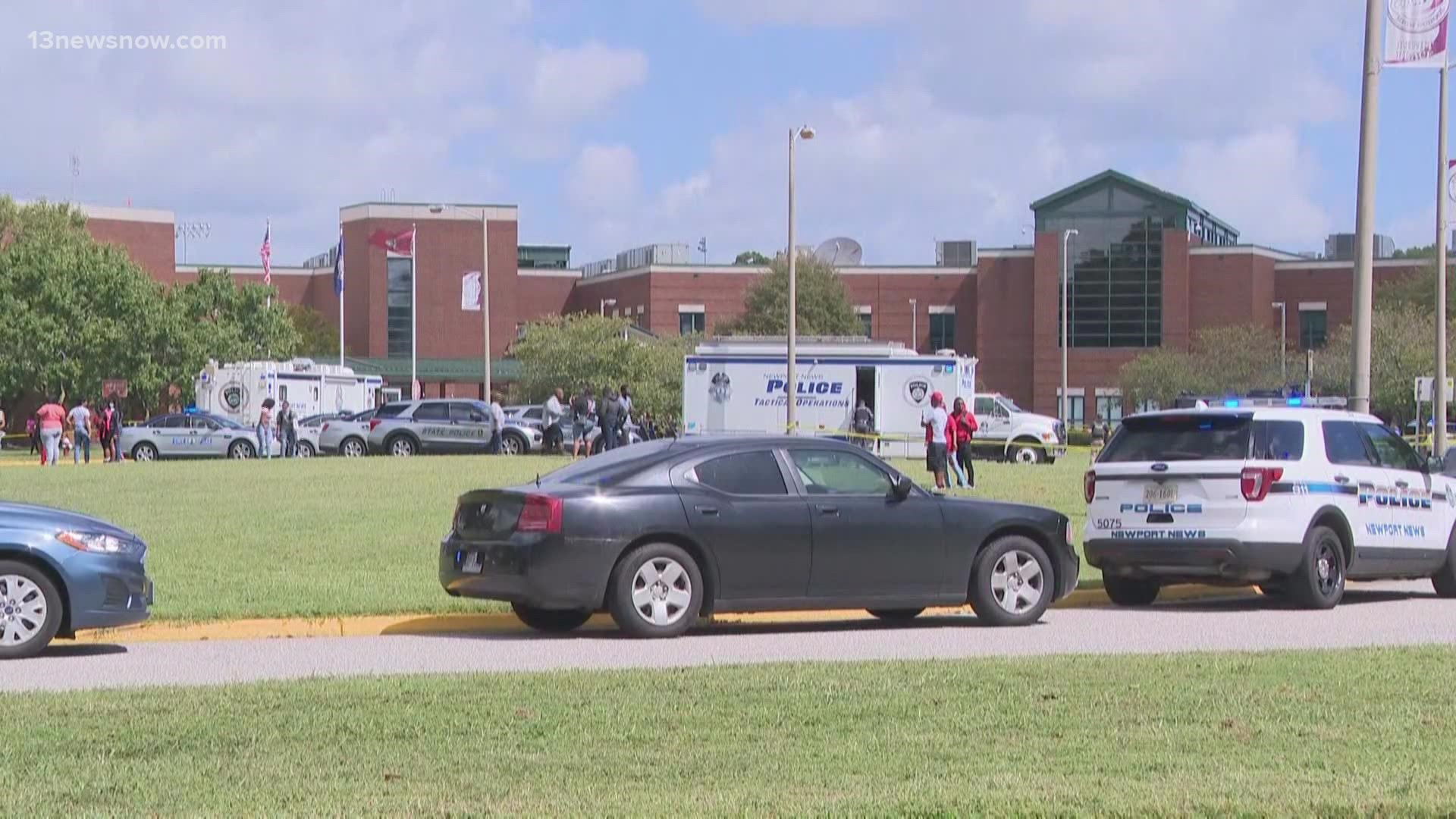 NEWPORT NEWS, Va. — Police Chief Steve Drew said Tuesday that the person accused of opening fire inside Heritage High School is a student at the school, himself. Police later said they boy was 15 years old.

The students hurt in the shooting were a 17-year-old boy, who was grazed with a bullet to the side of his head, and a 17-year-old girl who was shot in her leg.

Drew said Monday that the victims knew the suspect prior to the shooting which took place around 11:40 a.m. that day.

Around 2:20 p.m., the boy was taken to Juvenile Services by a family member where he was then transported to Newport News Police Headquarters for an interview.

He has been charged with two counts of Aggravated Malicious Wounding, two counts of the Use of Firearm in the Commission of a Felony and other weapons-related charges.

"There are some things we need to put together: where did he go, what did he leave behind, why did this happen...but by the grace of God, everything I've been told are the two injuries are not life-threatening," Drew told 13News Now.

At least two other people besides the boy and girl who were hit by gunfire had to go to the hospital because of what happened. One person had a sprained or broken arm. Police said the injury happened as people evacuated the building. The other person had asthma issues.

When students evacuated the building, they were sent to the tennis courts where parents were able to meet them.

School administrators said student could pick up their belongings Wednesday from 8 to 11 a.m. and 4 to 6 p.m. or Thursday from 9 to 11 a.m. The school's tech staff will be available along with the crisis support team as students arrive.

Wed 9/22, Canes may come to HHS to pick up their belongings, 8AM-11AM or 4PM-6PM. Note-only one adult guest may accompany a student. The crisis support team is also available. Tech staff will also be onsite to assist with repair or issues. #5800Family pic.twitter.com/XC2oYA16ty

On Monday, police had said reports of shooters at other schools in Newport News were false.

SUSPECT IN CUSTODY: NNPD Chief Steve Drew says a juvenile male is in custody for the Heritage High School shooting.

I asked, Drew did not say if suspect is a student. Suspect was arrested *off-site* about 1:30 p.m. No name or age as of now @13NewsNow pic.twitter.com/oydhXAZ8Lx

Chief Drew said his officers, members of the FBI, and Virginia State Police troopers searched every part of the school in the hours after the incident to make sure there was no one still inside it.

Investigators said they recovered evidence at the scene of the shooting and other parts of the school grounds, but the police chief said he couldn't provide specifics about the evidence.

"It’s a large area but it looks like the crime scene is considerably small. I will tell you there has been evidence recovered that’s going to be very beneficial," Drew said.

Newport News Public Schools Chief of Operations, Rahard Wright, told 13News Now that Huntington Middle School and Heritage High School will both be closed tomorrow. He did not say when they will reopen.

The school's website said all afterschool activities were canceled Monday for the school division, as a whole.

After the suspect was taken into custody, Governor Northam sent a follow-up tweet thanking "the first responders for their heroic work today." He went on to say, "Our prayers are with those hospitalized, their families, and the entire community. Virginia has made great strides to reduce gun violence—and we have more work to do."

Pam and I are grateful to the first responders for their heroic work today in Newport News. Our prayers are with those hospitalized, their families, and the entire community. Virginia has made great strides to reduce gun violence—and we have more work to do.

My staff and I are closely monitoring the shooting at Heritage High School. Police are advising all parents to pick up their students from the school's tennis courts. https://t.co/vaVrYog1oh

Closely monitoring the horrifying reports of a shooting at Heritage High School in Newport News. Praying for the health and safety of all involved as we wait to learn more. 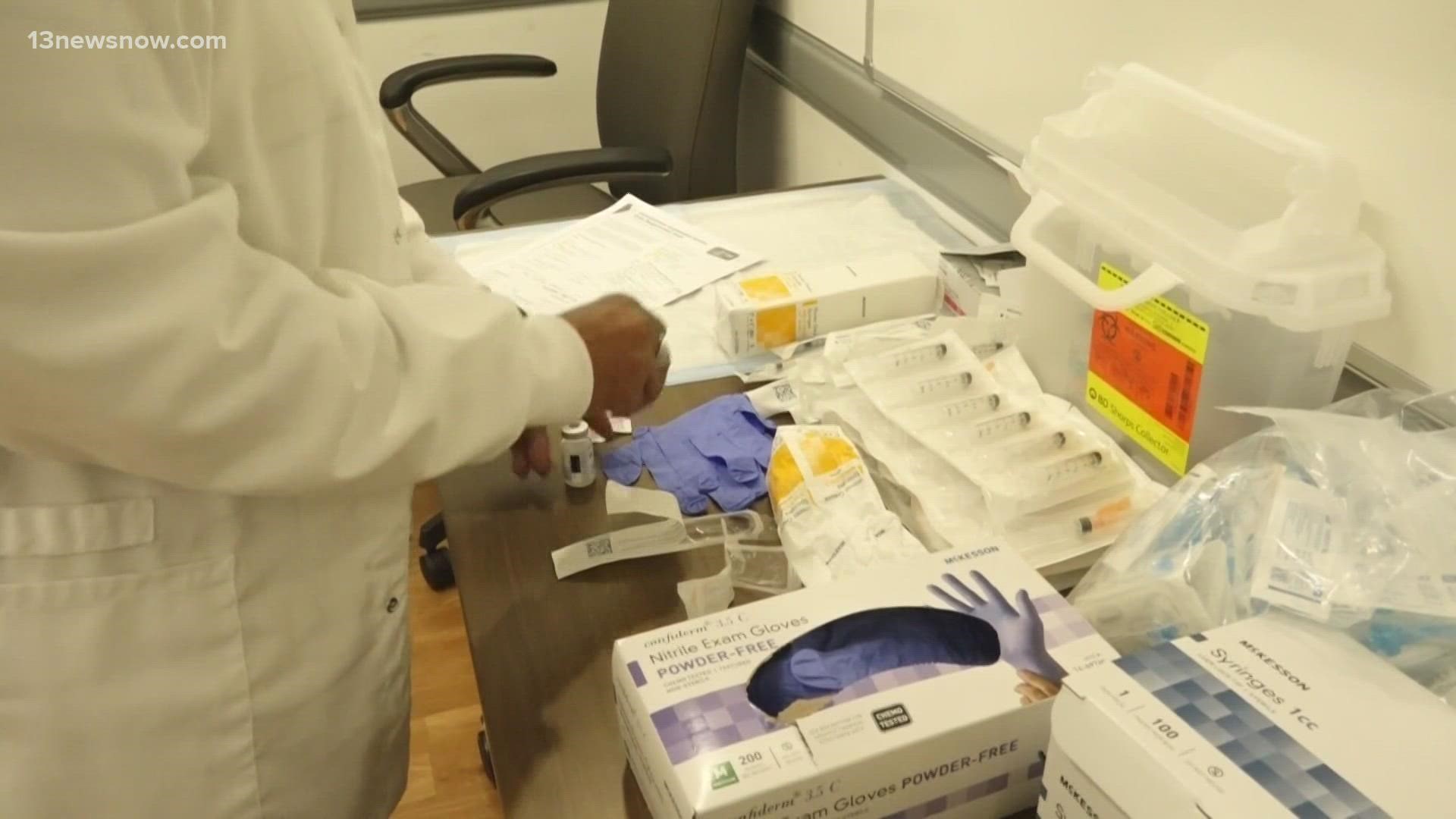