The stop-arm cameras will be live starting Monday, March 15. 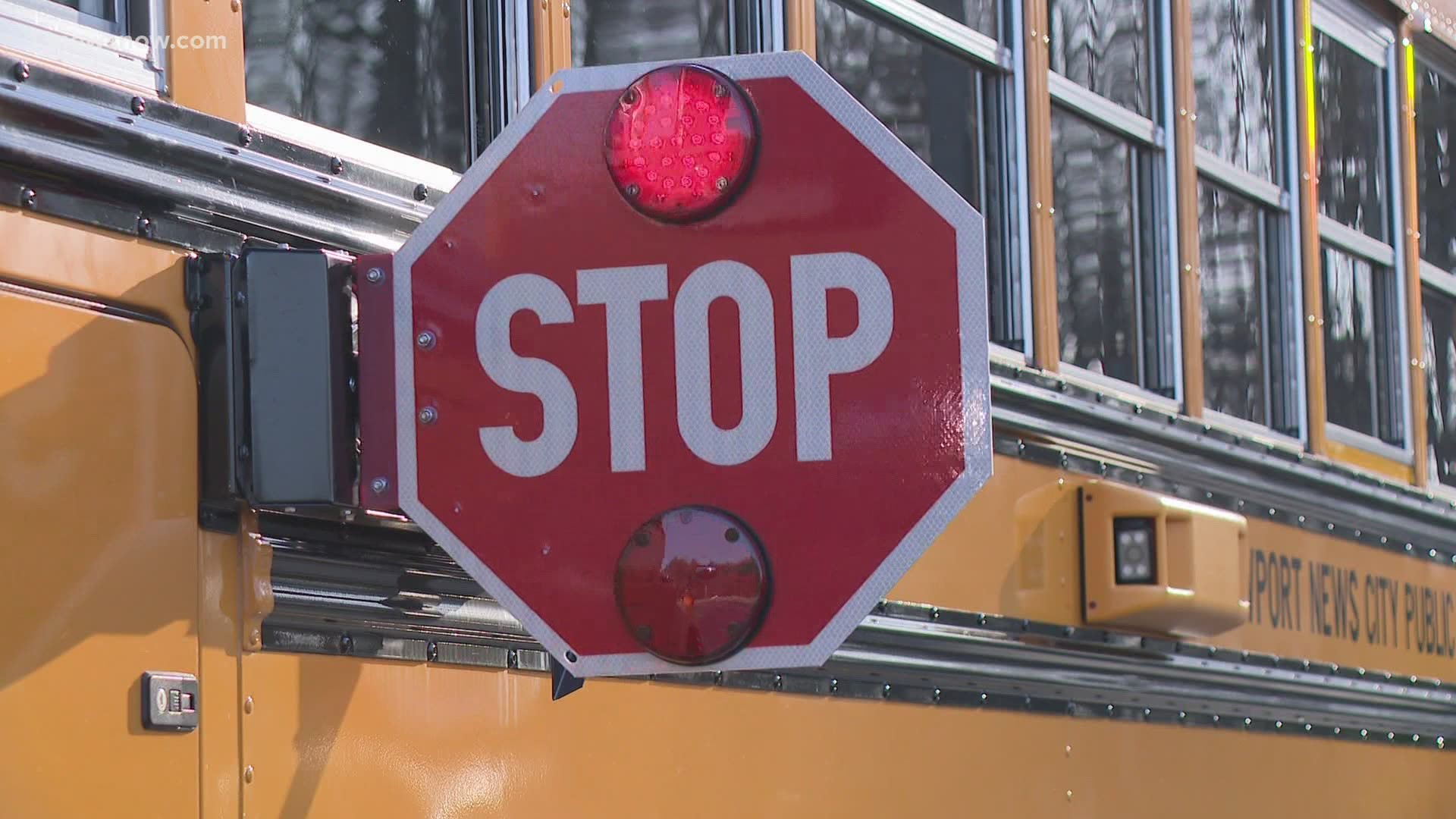 It shows a dangerous trend of drivers refusing to stop, despite the potential of students getting on and off their bus.

"So that tells you there’s a lot of issues out there on the street," said Shay Coates, transportation director at NNPS. "And we are hoping this program will deter people from passing the school bus."

Starting Monday, March 15, violators will likely be caught on camera through a new program. All of the school system's 340 school buses have been outfitted with stop-arm cameras in a partnership with the City of Newport News, the Newport News Police Department, and national vendor BusPatrol.

“When you think of the yellow school bus, it should always be safety,” said Coates.

When the stop-arm releases, the cameras start rolling and capture traffic surrounding the bus. BusPatrol reviews the footage and any potential violations are sent to the Newport News Police Department. Officers then decide if a ticket is warranted.

Violators will receive a $250 ticket from the vendor. The price aligns with Virginia state law, and the money will be split between the vendor, school system, and police department for the next five years.

Chesapeake Public Schools rolled out the same system in October 2020 and a spokesperson said the system has issued more than 1,600 violations.

According to data from the National Association of State Directors of Pupil Transportation, drivers illegally pass stopped school buses more than 17 million times a year in the U.S.