Crews are busy working to conserve the USS Monitor's giant Dahlgren guns at the Mariners' Museum. 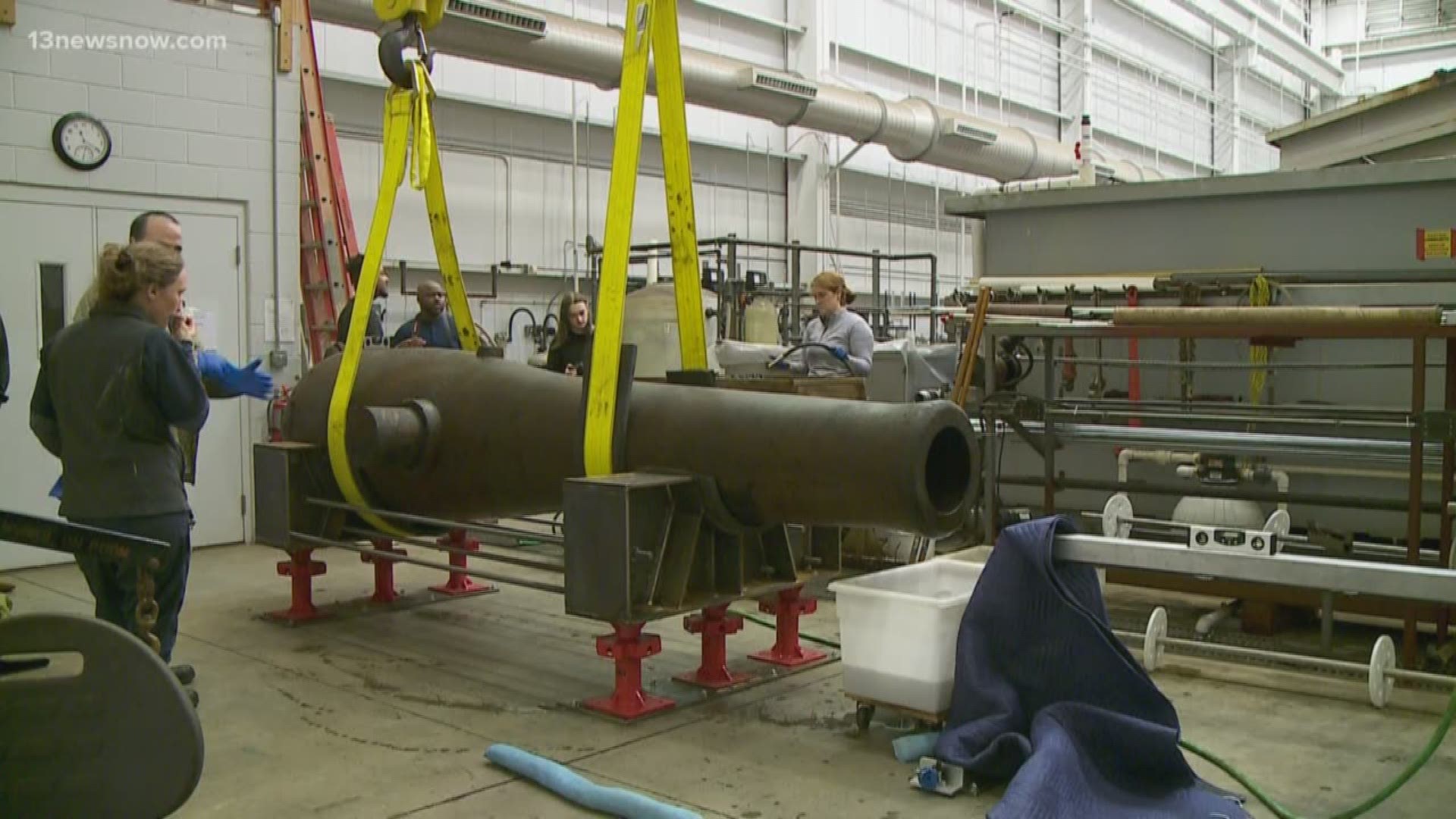 Crews are busy working to conserve the USS Monitor's Dahlgren guns at the Mariners' Museum.

The ironclad warship participated in one of the most famous naval battles in American history. In 1862 the Monitor battled the CSS Virginia to a draw in the waters of Hampton Roads, only to sink off Cape Hatteras, North Carolina nine months later, taking 16 men with it.

The Monitor was rediscovered in the 1970s, and recovery began in the 1990s to bring parts of the historic ship back to the surface. Now there's an effort to restore as many parts of it as possible.

From March 2019: Turret from ironclad USS Monitor about to be moved

On Tuesday, that meant starting to clean the 11-foot-long bores in each of the massive guns. The conservation team actually needs to use a custom-made machine to get the job done in order to remove the marine growth from inside of the artifacts.

Monitor's guns are the largest to ever be bored, according to chief conservator Will Hoffman.

"Once the guns are bored, the next step is going to determine now that we've exposed that area, how much the marine salts are going to come out," Hoffman said. "So once we go put it back in the solution, we'll let the chemistry treat it and well determine when it will dry."

Conservators who have diligently worked on restoring the Monitor's artifacts are excited to someday share the ship's story with the public.

"The goal of this is to really get the artifact on display so it can tell the story of the Monitor, the leadup to the battle between ironclad ships, the aftermath," Hoffman said. "Because just nearby is the turret of Monitor, which the gun was found inside. That’s the first turret on a ship in human history."

All told, it will take about 10 years to complete the conservation project. After that, the hope is to open the ship to public display at the Mariners' Museum by 2035.