Demonstrators in Norfolk march, rally at locations throughout city

People who rallied in the name of justice for George Floyd took part of the protest to the Confederate memorial. Someone spray-painted part of the memorial. 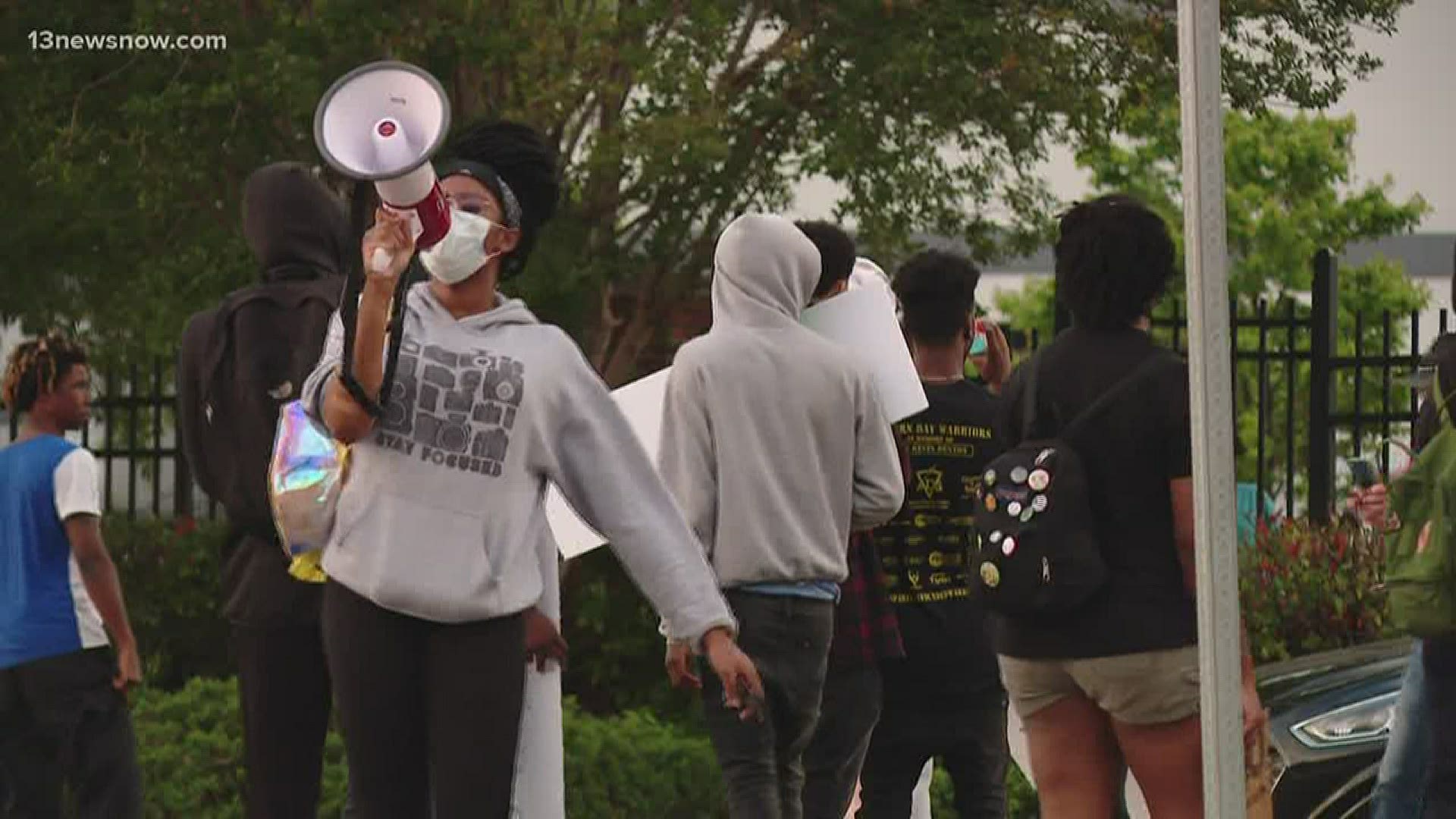 NORFOLK, Va. — Hundreds of people spent part of Saturday afternoon marching through the streets of Norfolk, adding to the nationwide call for justice after the death of George Floyd in Minnesota.

Video showed former Minneapolis police officer Derek Chauvin pressing his knee into Floyd's neck while taking him into custody. Floyd can be heard saying he can't breathe. Other people in the video can be heard begging the officer to take his knee off Floyd's neck.

Floyd later died at a hospital. Chauvin has been charged with 3rd-degree murder and manslaughter in the death of Floyd.

The demonstration in Norfolk Saturday found people gathered in front of the Norfolk Police Department's Operations Center on East Virginia Beach Boulevard. Many arrived there after marching in neighborhoods including Huntersville and Barraud Park. The march began near Norfolk State University.

The demonstration there lasted for several hours. Most of the activity had dissipated by early evening. At least some of the people gathered at the Confederate monument in Downtown Norfolk. Others were along part of Brambleton Avenue.

Signs hung on the memorial that said "Black Lives Matter" and "Justice for Floyd." Some also spray painted an expletive on the monument and "BLM."

Credit: Angelo Vargas, 13News Now
The Confederate monument in Norfolk, Va. seen after someone spray-painted an expletive and "BLM" on it.

Hampton Police Division said officers arrested two adults and two children were during the demonstration in the city.

Police said the four people arrested were not associated with the coordinators of the Black Lives Matter 757 group.

RELATED: 'Don't turn your back on racism': Nike ad shines light on race relations in America