Latoya Smith was charged with homicide and felony child abuse in the death of 11-year-old Heaven Watkins. She is scheduled to be sentenced in January. 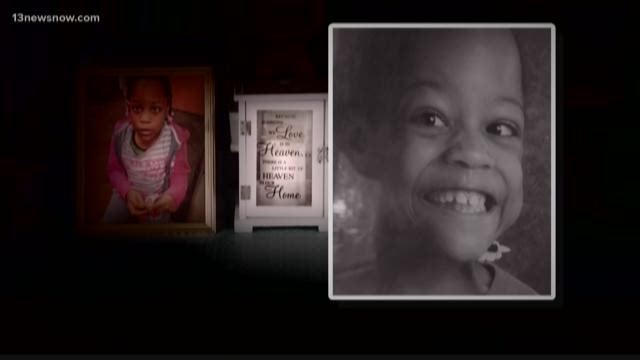 NORFOLK, Va. (WVEC) — The Norfolk mother accused in the death of her daughter pleaded guilty before a judge on Wednesday morning. Latoya Smith was charged with homicide and felony child abuse in the death of 11-year-old Heaven Watkins back in May.

We don't know yet what Latoya Smith's punishment will be for her role in killing her daughter, Heaven. On the high end, she faces a maximum of fifty years in prison. On the low end, according to statute, she could serve just seven years behind bars, which is less time than her young daughter got to live.

For Heaven Watkins's family in Minnesota, Wednesday's guilty plea does not ease the pain of what happened to the little girl they loved.

“Since May 18th, I have cried every single day and tomorrow will be five months and I'm sure years from now it still will be fresh,” Orridge lamented.

The tears come as new court documents revealed Heaven suffered not just during her death, but throughout her life. An autopsy and forensic pathologist’s reports call the injuries "a classic hallmark of child abuse." They include 23 rib fractures from at least four prior incidents, extensive bruising all over her body, bruises on her forehead, cheek and chin, and a fracture to a arm bone.

“She did not have to die, especially in the horrible way that she did,” Orridge added. “It's not right for Latoya to be still breathing.”

Here’s more from our extended investigation into issues we uncovered in the Child Protection system, which stem from Heaven’s Story: https://t.co/CARA3gLhqi

Smith will be back in court in January, when a judge will hand down her sentence.

Smith's boyfriend, Demont Harris, is also charged in Heaven's death. Wednesday, we learned Harris is scheduled to plead guilty to his charges, as well. His hearing is set for next month.