Lining up for liquor: The underground world of 'Bourbon Hunting'

A bourbon boom has a growing group of enthusiasts tracking down bottles of rare, hard-to-find whiskey here in Hampton Roads... and the competition is fierce. 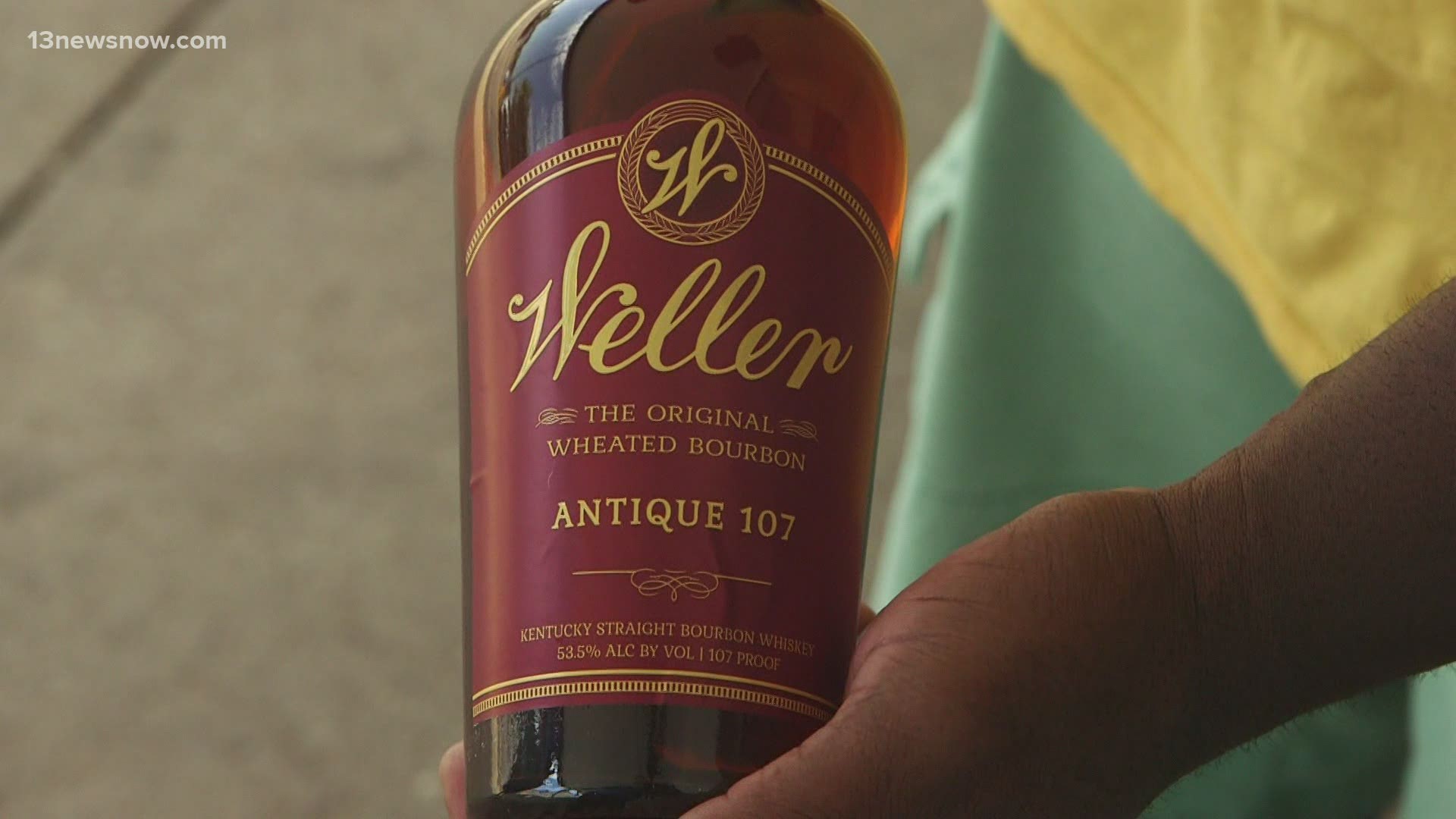 Dan Johnson leaves his home in Richmond bound for Norfolk and a VABC store on Colley Avenue.

“You have to be here early in order to get them,” said Johnson.

Johnson is at the front of a 12-person line, even though the store won’t open for another six hours.

Like everyone else in line, Johnson is a bourbon hunter – someone who tracks down and buys hard-to-find whiskey at retail prices. He’s in line this time for Weller Antique 107 and Old Fitzgerald Bottled in Bond 8 Year.

If you’re scratching your head and wondering why people wait in line for a bottle of Bourbon, it's important to understand the nature of the spirit.

Bourbon is an aged liquor (sometimes up to 10 or 20 years) and that means distillers can’t just increase production to meet demand on a whim.

Virginia is also a controlled state for liquor, so when the most sought-after bottles are released, they’re allocated in very small quantities to certain stores, and even then, you can only buy one at a time.

If you miss out, and you really wanted a specific bottle, you could end up paying ten times its retail cost on the secondary market.

“The hunt started for me just going to the Virginia ABC website and looking for these bottles you don’t readily find,” said Old.

VABC has an online database that allows people to track where the allocated bottles are going to be at any given time.

The Old Fitzgerald Bottled in Bond 8 Year that Johnson picked up, for example, sells for $84.99 at VABC stores.

But on the secondary market, the bottle will cost you up to $500.

The bourbon market has exploded in the last decade with Kentucky distilleries producing more of the spirit than they ever have.

Part of that has to do with its authenticity. Whiskey can’t legally be called Bourbon unless it’s made in the USA.

As a chef and caterer, Old started offering Bourbon tastings for his clients.

It’s a smart business move, but it also captures the essence of the spirit.

“Bourbon is not a single ‘drink by yourself event,’” said Old. “It’s a sharing of the community and telling stories of what we went through to get it.”