The U.S. Coast Guard says a waste oil tank that was on shore overflowed into Steamboat Creek on Tuesday afternoon. 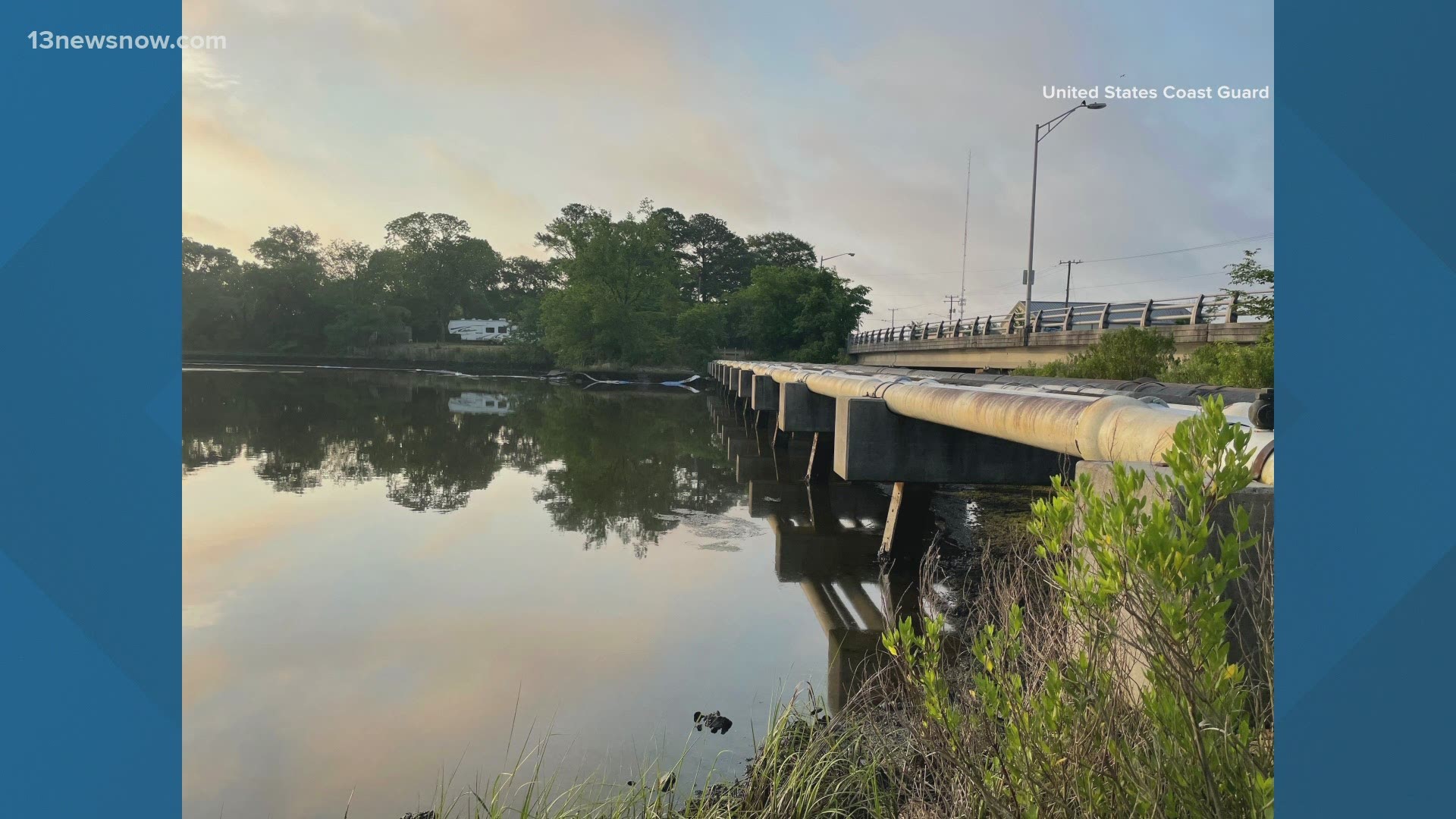 NORFOLK, Va. — The U.S. Coast says it is continuing to respond to an oil spill in Norfolk.

Officials say a waste oil tank that was on shore overflowed into Steamboat Creek on Tuesday afternoon. We don't know how much oil got into the water, but the Coast Guard says the source is secured.

About 300 feet of shoreline is said to be affected. The Coast Guard said the "responsible party has been identified and is fully cooperating and participating in all response efforts."

As of Thursday, the Coast Guard said oil spill response teams have collected about 200 gallons of waste oil and water mix, along with 185 bags of oiled debris since cleanup efforts began.

The Virginia Department of Health says cleanup is expected to take several weeks and urges people to avoid the area. People should not enter Steamboat Creek to fish or swim.

The VDH said nearby residents may smell oil as cleanup continues.