"Everywhere that you go, citizens stop. They want to know what they are, what they're called, if they can get one," Officer Mitchel Ashton said. 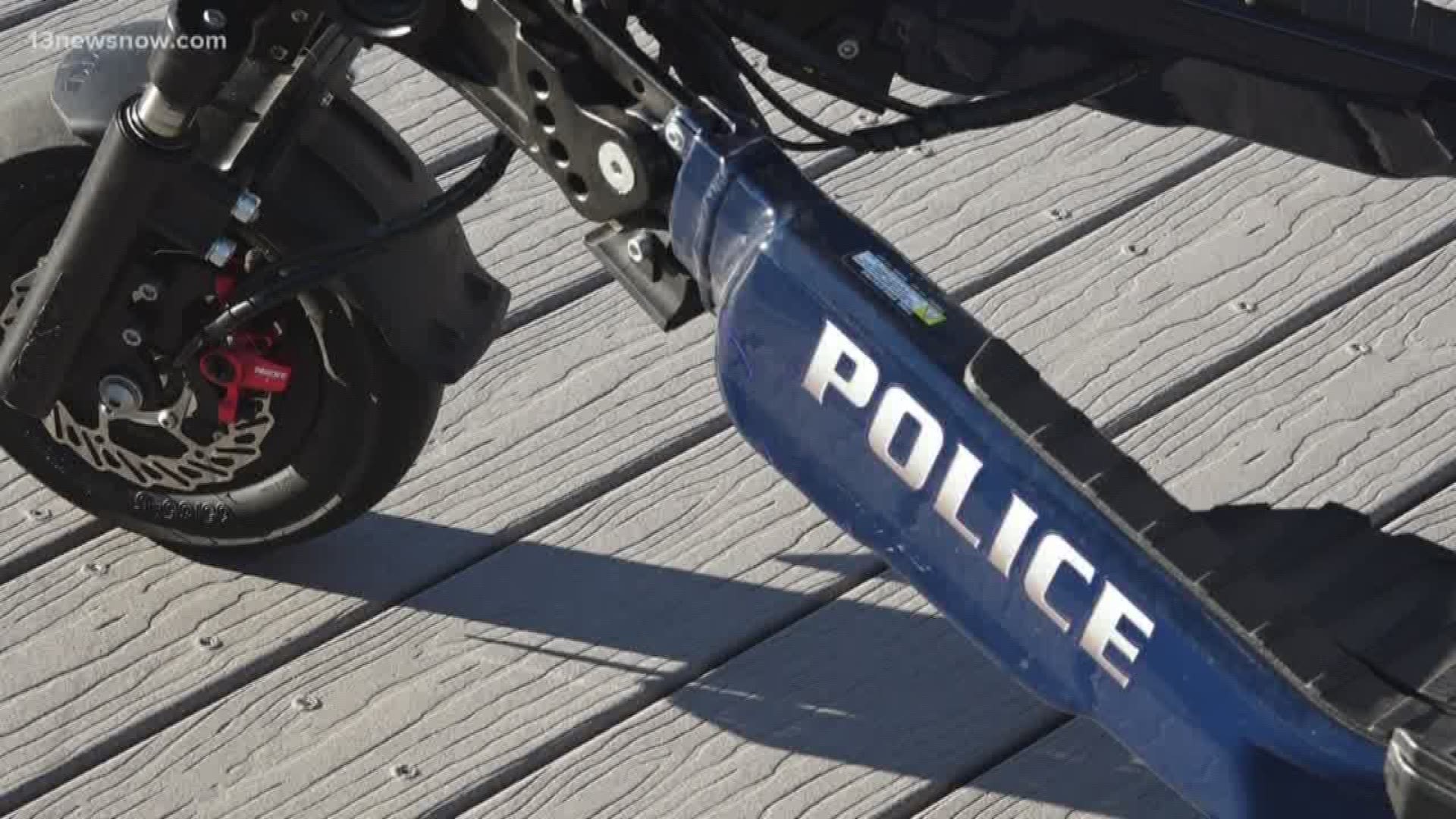 NORFOLK, Va. — You may have seen them around Norfolk lately. Electric Trikkes are the newest way for officers to patrol the community.

They're turning heads from Downtown to Janaf to Ghent and even Wine Fest.

"Everywhere that you go, citizens stop. They want to know what they are, what they're called, if they can get one," Officer Mitchel Ashton said.

Officer Ashton helped launch the special law enforcement-edition Trikkes program for the Norfolk Police Department in the Spring. They're a major upgrade from the department's old Segways.

"They're a little cooler looking, yeah" he said.

But it's not all about looks, it's about performance. There's air shocks on all three tires and it's a 60 volt system.

"They're far superior to any other electric mobility device that we looked into," he said.

There's four Trikkes right now with plans to get more. They come with a price tag of $10,000, but Officer Ashton said they are more than worth it.

"Since June when these were delivered, I've been in a car maybe once or twice," he explained. "That's less fuel, less maintenance on the vehicles that we're using. It's green initiative friendly."

The battery life is pretty solid, with a range of 30-40 miles at constant full speed.

"Typical patrolling, I can get 8 to 9 hours out of a battery," Officer Ashton said.

And to answer the burning question: yes, they are chasing bad guys and pulling people over to hand out citations, like speeding, on these things.

The Trikkes are fully decked out with lights and sirens. Officers will call for back-up in a squad car if they make an arrest and need to transport someone to jail.

RELATED: 'No such thing as a minor hate crime' | Norfolk police investigate racial slur on SUV

RELATED: Half police, half taxi hits road for campaign against drunk driving