Shooting on I-64 in Norfolk leaves man dead; authorities searching for suspect in white SUV or truck

Two men were driving on Interstate 64 when another vehicle shot at them. Both were hit by gunfire. 40-year-old Wykemma Baker died in the hospital. 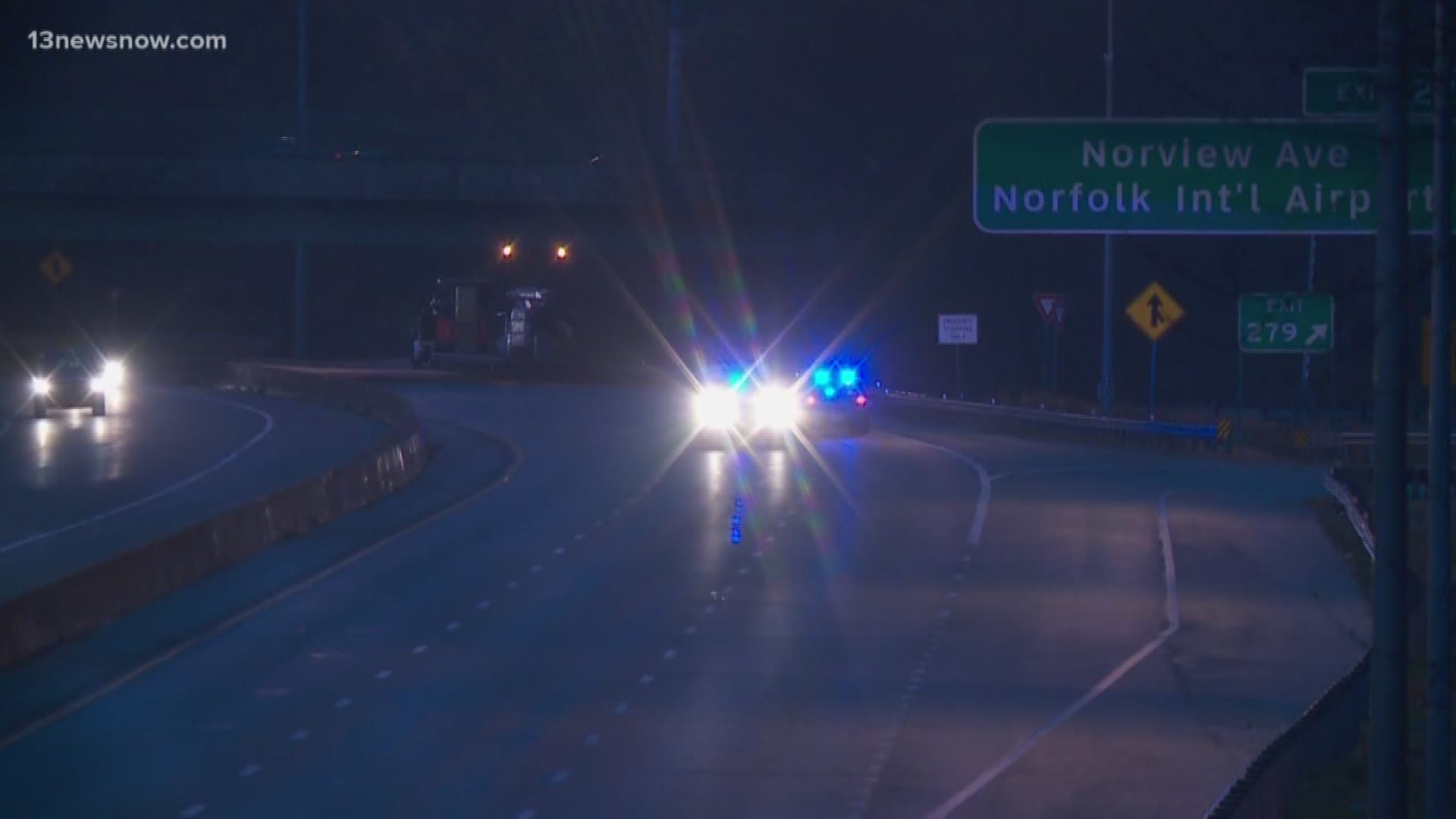 NORFOLK, Va. — Police have identified the name of the victim who died from a shooting on Interstate 64 in Norfolk that initially left two men hurt on Friday morning.

Authorities said sometime after 2:20 a.m. the driver of a white SUV or truck shot at a black Lexus.

The Lexus was traveling eastbound on I-64 when it was hit by the gunfire.

Two men in the Lexus suffered gunshot wounds. One man was treated and released.

Virginia State Police announced 40-year-old Wykemma Baker of the 300 block of Rose Marie Avenue in Virginia Beach, died after being shot in the head.

State Police troopers shut down east lanes of I-64 in the area where the shooting happened to investigate the incident.

"I saw a car stopped at South Military Highway, it looks like it spun out and in the ditch," he said.

The shut down caused traffic backup for drivers.

The lanes were eventually back open sometime after 7 a.m.

At a nearby gas station, people rushed to get past the slow-downs.

"I noticed it when I pulled across here," said morning commuter, George Bailey.

Virginia State Police is asking the community or any witnesses driving in the area of I-64 before or after the incident who may have information to contact them at 757-424-6800 or email questions@vsp.virginia.gov.

The suspect's vehicle is possibly a white SUV or large truck.