Senator Louise Lucas said Tim Anderson of Virginia Beach defamed her by making unfounded claims about the night a Confederate statue fell on a man in Portsmouth. 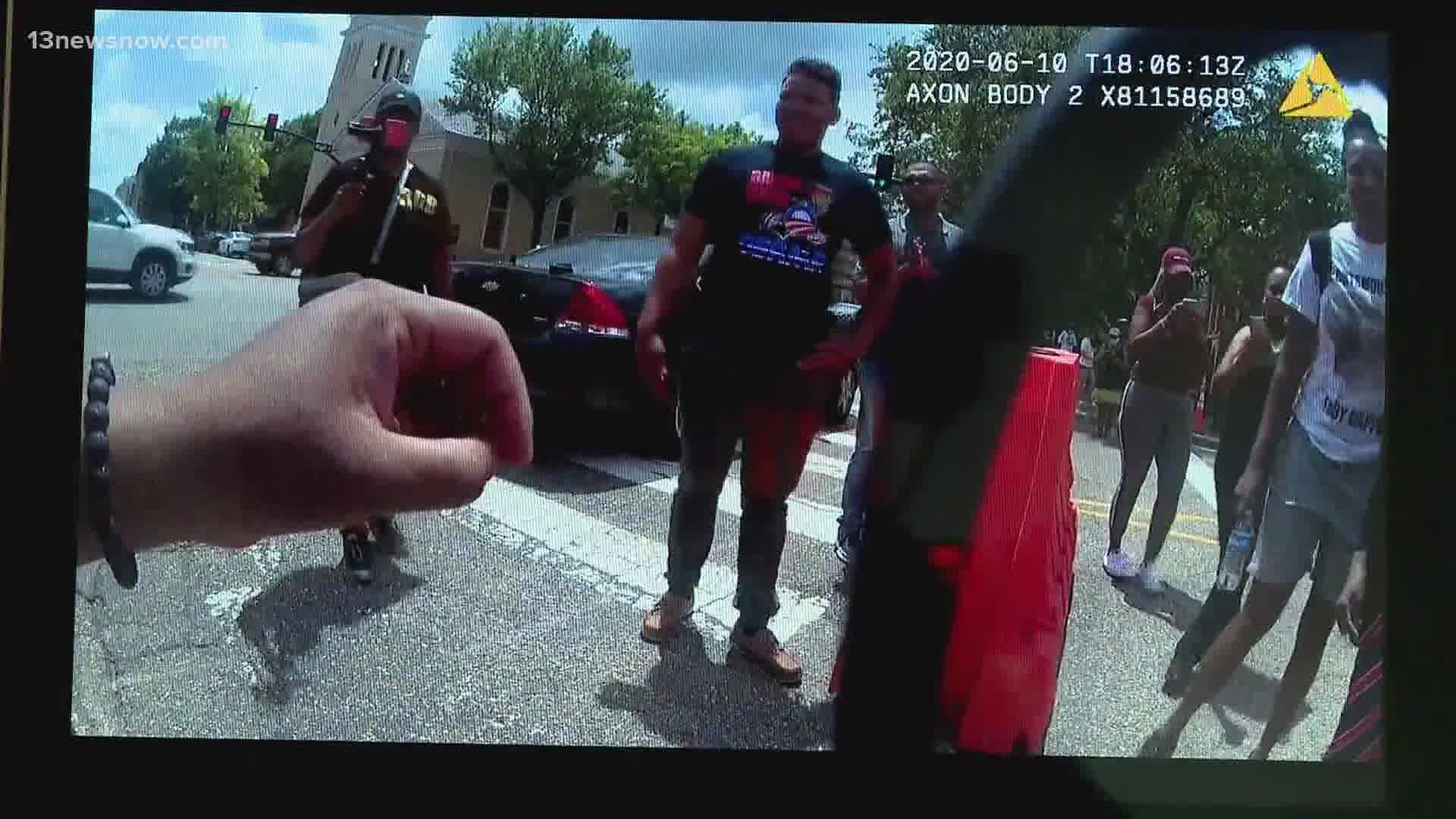 Those are the three words State Sen. Louise Lucas of Portsmouth used to open her statement about the lawsuit she filed against a lawyer in Virginia Beach who has been leading the charge to recall her.

Lucas said that Tim Anderson defamed her and "irreparably damaged" her reputation in Hampton Roads, in Virginia, and around the world through video posts on social media and television interviews.

Anderson's videos and interviews were in response to an incident that happened at the site of the Confederate monument in Olde Towne Portsmouth on June 10.

During a demonstration that night, protesters vandalized the monument. Some of them pulled down one of four Confederate soldier statues that was part of the monument. The statue fell on top of Chris Green and seriously hurt him.

The day after that happened, Anderson posted a video on his law practice's Facebook page. He stated that Lucas told police that they "were not allowed to disband the protesters and not allowed to intervene while the vandalism happened." Anderson's video included footage from earlier in the day on June 10 that showed Lucas interacting with officers as well as other footage.

"So what we have is an elected state senator telling a mob that it's OK to vandalize city property, and, then, as a result, a person gets hurt, and now it's the police's fault for not disbanding the mob. Louise Lucas caused an entirely, very dangerous situation in the city of Portsmouth. She caused a mob to come out there and gave them permission to vandalize the property and that resulted in somebody getting seriously injured. Louise Lucas needs to be held accountable for her actions. She is a state senator and should know better than to tell the police they can't arrest people or disband a mob when they are vandalizing property...That statue was going to come down. It could have come down lawfully and without injury, but Louise Lucas jumped into the mob mentality, and now, somebody's seriously hurt, and she needs to be held accountable for her actions."

Anderson went on to say many other things, inclding that Lucas used her position as a state senator in a way that she shouldn't have.

"The City of Portsmouth needs to issue an indictment against Senator Lucas for inciting this riot. Somebody was seriously injured, and it is 100% her fault."

In the days that followed, Anderson posted several other videos related to the situation and spoke about it through other avenues.

In one of the Facebook videos that he posted on June 12, he noted that he misspoke when he said that Green had died at one point:

"There was a comment that I made that the victim of the person who got hit by the statue had died. I got that information from a very high-level law enforcement source close to the situation...I hope he is alive. I don't wish for him to be dead in anyway. So, I'm very thankful that the individual is, in fact, alive, and I hope that's the facts. All right, so I'm gonna correct that, that statement right now."

Lucas referenced the claim that Green died in the statement she issued about the lawsuit and the accusations about her:

Not this time. This is a simple case. Attorney Tim Anderson defamed my name and has irreparably damaged my reputation in the community, in the Commonwealth, and in the world. Reaching hundreds of thousands of people through his social media post on his business website and in television interviews, Anderson stated that I committed a felony. That is defamation per se. He stated that my actions had led to the death of a man. His statements were false and he knew them to be false. He made these malicious statements because he wanted to drive business to his law firm and to his gun shop. He made these malicious defamatory statements because I have been fighting successfully for common sense gun violence prevention programs and his gun business would garner attention from his potential customer base by attacking me.

“I look forward to my day in Court. Not this time.” - Senator L. Louise Lucas

Please direct any other inquiries to my attorneys. Thank you.

Anderson posted a video on Facebook on Wednesday (July 1) in response to the lawsuit being filed. As part of that video, he said on Thursday (July 2) he was going to "drop the bomb on a lot of people in the city of Portsmouth." He added, "And I'm going to completely eviscerate the narrative that one side has taken here."

He held a news conference outside his law firm on Thursday to address the lawsuit and what Lucas alleges in it.

Anderson shared footage from police body cameras that shows encounters that took place with Lucas on June 10. He said the footage shows that his claims that she told the officers not to arrest protesters was not baseless.