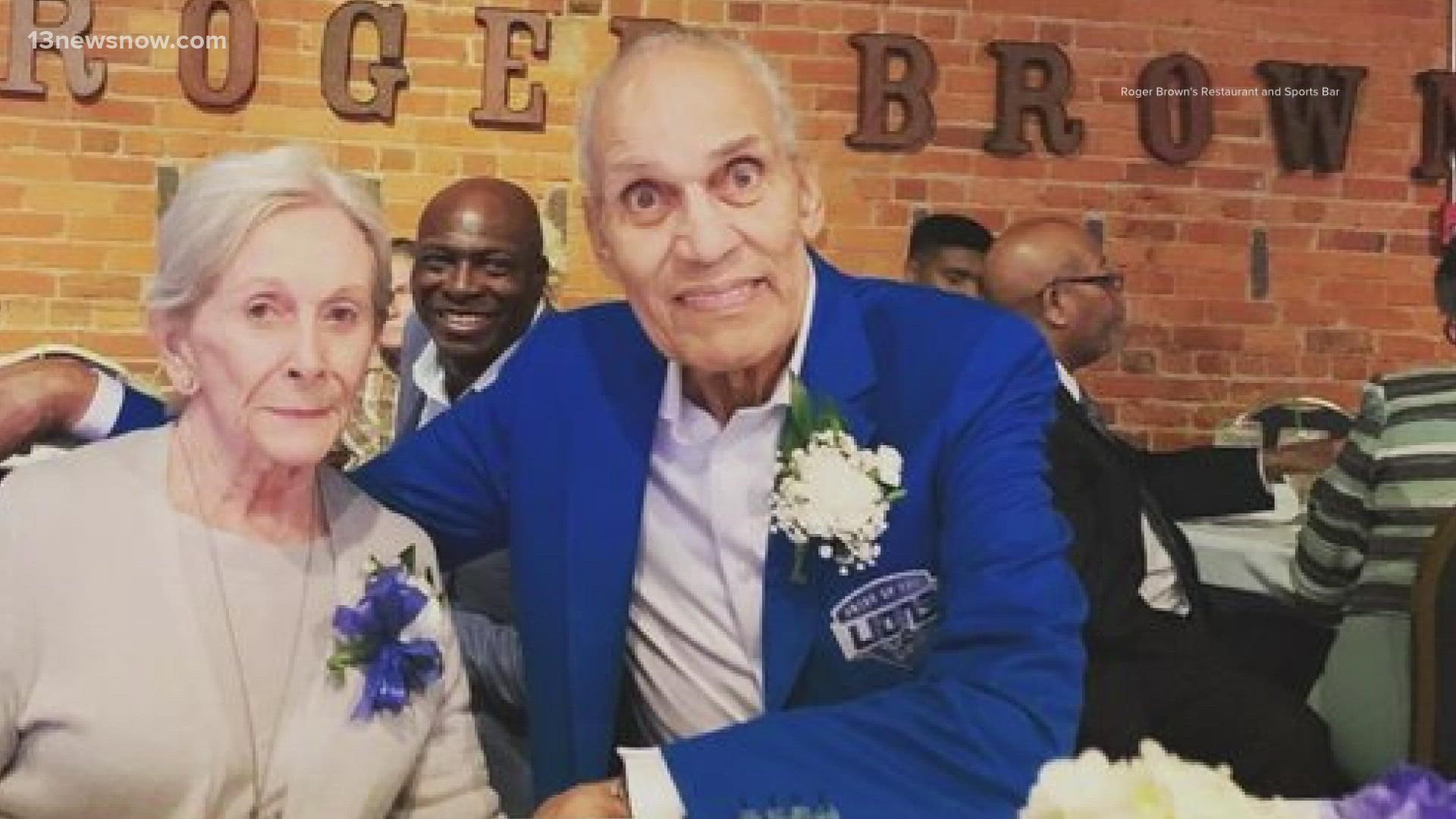 PORTSMOUTH, Va. — A pillar in the Hampton Roads community and the sports world has passed away.

Brown played in the NFL from 1959 to 1969 and was once a Pro Bowl defensive lineman in the "Fearsome Foursome" for the Detroit Lions and the L.A. Rams. He's been inducted into the College Football Hall Of Fame and the Black College Hall Of Fame.

After his football career, Brown got into the restaurant business and locally owned Roger Brown's Restaurant & Sports Bar, a staple of Downtown Portsmouth.

The restaurant is planning a Celebration of Life for Brown, although details have not been finalized yet.

"Please keep Roger’s family, friends and staff in your thoughts as they go through this difficult time," the restaurant said in a Facebook post. "No words can express our sadness at losing such a great man or our gratitude for the opportunity to know and work with him."

Former @NFL great, Roger Brown passed away today at the age of 84. The @VaSportsHoF was apart of the great Fearsome Foursomes of the @RamsNFL & @Lions of the 1960s. A native of Surry County, Brown was a 6-time Pro Bowler and in the @cfbhall. @13NewsNow pic.twitter.com/rOc04AwKKU