Chris' Journey | One year after a Confederate statue hit Chris Green in Portsmouth, he fights his way back from a traumatic brain injury.

Chris Green suffered a traumatic brain injury when a Confederate statue fell on him during a protest in Portsmouth in 2020. He ended up in a coma. 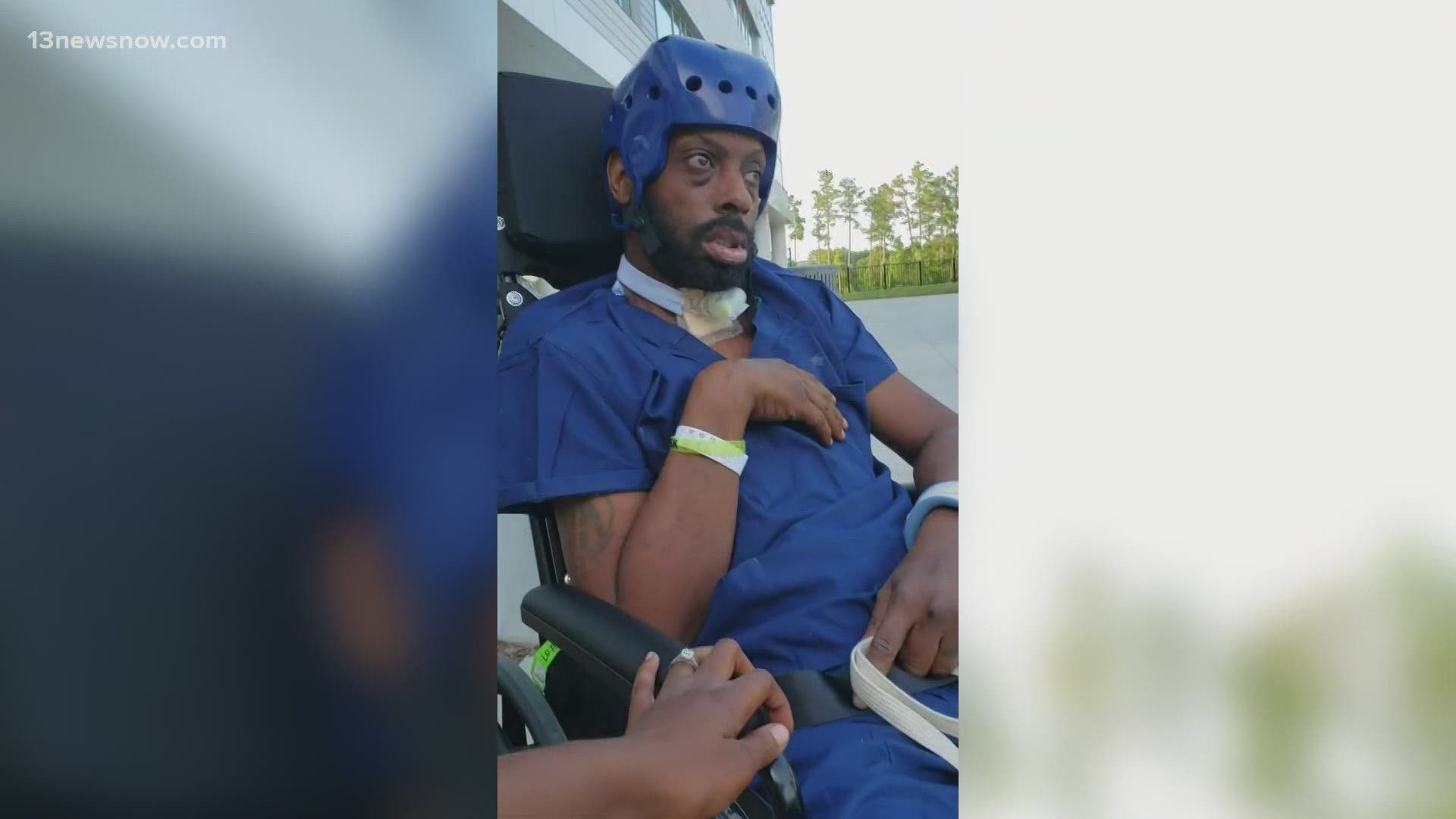 PORTSMOUTH, Va. — One year since protesters pulled down part of the Confederate monument n Olde Towne, hitting Chris Green, the husband and father continues to fight his way back from the severe brain injury he suffered.

For the first time since the incident on June 10, 2020, his wife, Tonieh Brisbane-Green, shared video of his journey. In that video, you can see Chris up and walking.

“Through continued rehab, my husband has slowly started to gain back his independence,” said Brisbane-Green, who explained that Green has weekly therapy sessions.

“I will say right now he has a mind of a 13-year-old because one of the major impacts was his communication, his understanding, and problem-solving,” said Brisbane-Green. “He doesn’t have that capacity like he used to, it causes me to make all the decisions best for him, our kids, and our family.”

Chris is blind in one eye and lost his hearing in one ear, but he’s making progress. He’s learning how to eat and walk again, and his speech is slowly coming back.

The caring dad whom Brisbane-Green and her two young children remember still is there, but memory loss is one of his biggest challenges. He can’t remember what his marriage was like before the incident, and the memories of his kids growing up are gone.

Brisbane-Green said their children often ask where their “old dad” went. It’s been a difficult transition for the entire family.

Doctors have told her that they can’t guarantee if Chris ever will return to the way he was before the statue hit him.

“This is one of the toughest things that I ever had to do in my life. Never did I imagine I would be going through this,” said Brisbane-Green.

She is his caregiver, juggling work and raising their boys at the same time. Chris has an aide who cares for him during the day while his wife is at work.

Brisbane-Green said they’re taking it one day at a time and holding onto small moments of progress.

She has organized a GoFundMe to support the family and Chris' ongoing medical needs.