Chris Green's wife said he's working with a rehab team in Richmond. He was hurt when protesters at the Confederate monument in Olde Towne pulled down a statue. 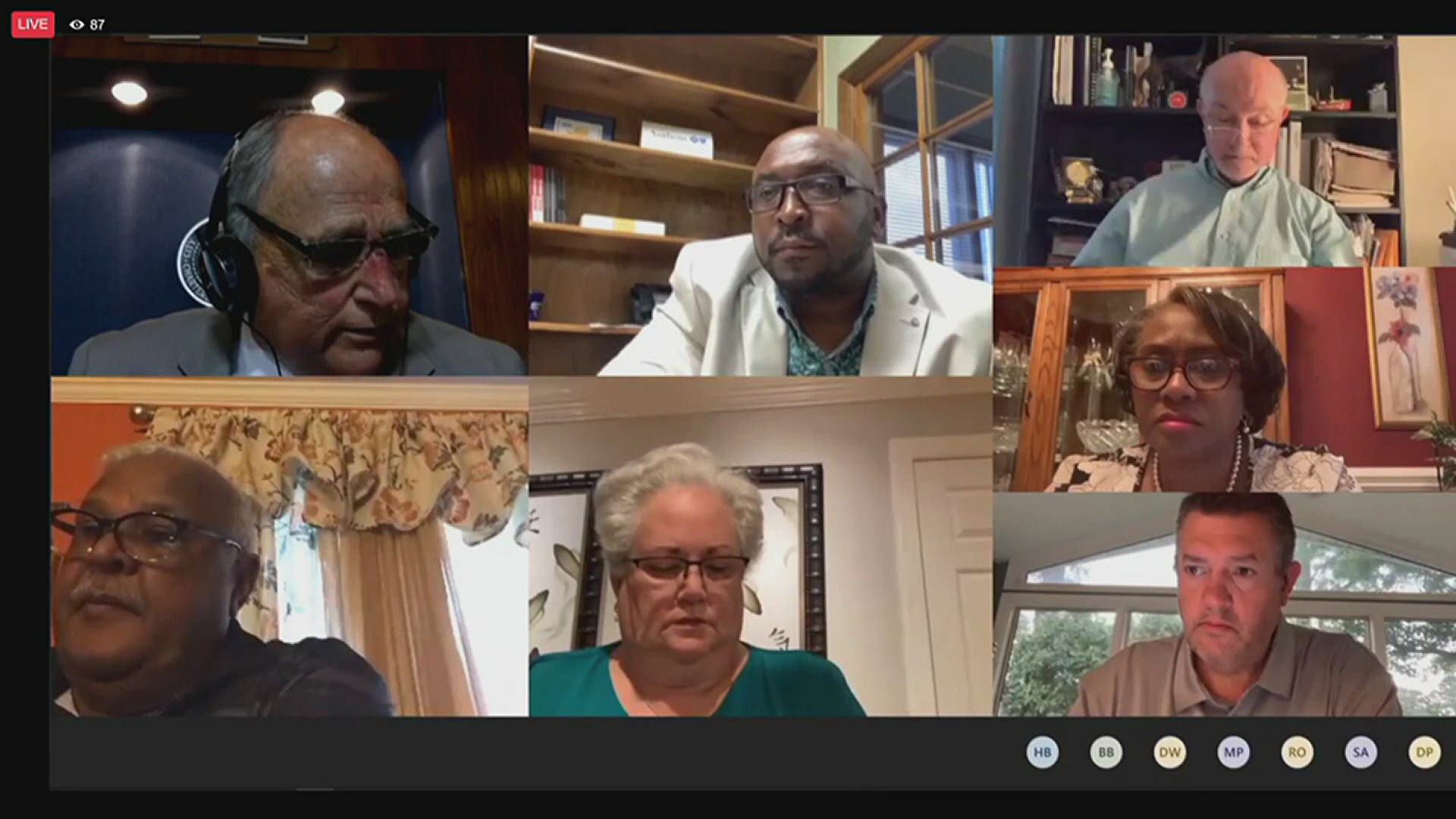 PORTSMOUTH, Va. — A man who was hurt seriously when protesters pulled down part of the Confederate monument in Olde Towne in June is showing emotion again by smiling or semi laughing.

Chris Green's wife, Tonieh Brisbane-Green, said he is in Richmond at a rehabilitation hospital where a team is working with him on his walking and talking skills. Brisbane-Green said he's not doing either yet, but he is responding to 75% of commands and can drink liquids.

Green was at a demonstration at the Confederate monument in Portsmouth on June 10. Some protesters climbed onto the monument and pulled down one of the four Confederate solider statues that was part of it.

Green, who was not part of that group on the monument, didn't see the statue coming down. He didn't have time to react and to get out of the way.

Brisbane-Green said when medics took her husband and the father of two to the hospital, he flatlined twice in the ambulance.

Doctors at Sentara Norfolk General Hospital operated on Green and put him into a coma as they treated him. He was on a ventilator at one point. He was in the hospital in Norfolk until July 17 before heading to Richmond. Brisbane-Green said the rehabilitation facility there was "one of the best in the area."

A Gofundme page was set up to help Green's family with expenses. By the morning of July 29, people donated more than $53,000.

Members of Portsmouth Council raised safety concerns about protests at the monument hours before the statue fell on top of Green. The had an emergency meeting the day after it happened and agreed there should be a barrier should be put around it. Crews put the barrier up to protect what was left of the monument which had extensive damage to it.

On July 28, the council voted to move the monument from the middle of Court Street to another location. Some possibilities are Oak Grove Cemetery or Cedar Grove Cemetery.