Protesters block part of Interstate 264 near Downtown Tunnel in Portsmouth

As part of a demonstration in response to the death of George Floyd, several protesters made their way from the streets of Olde Towne onto the highway. 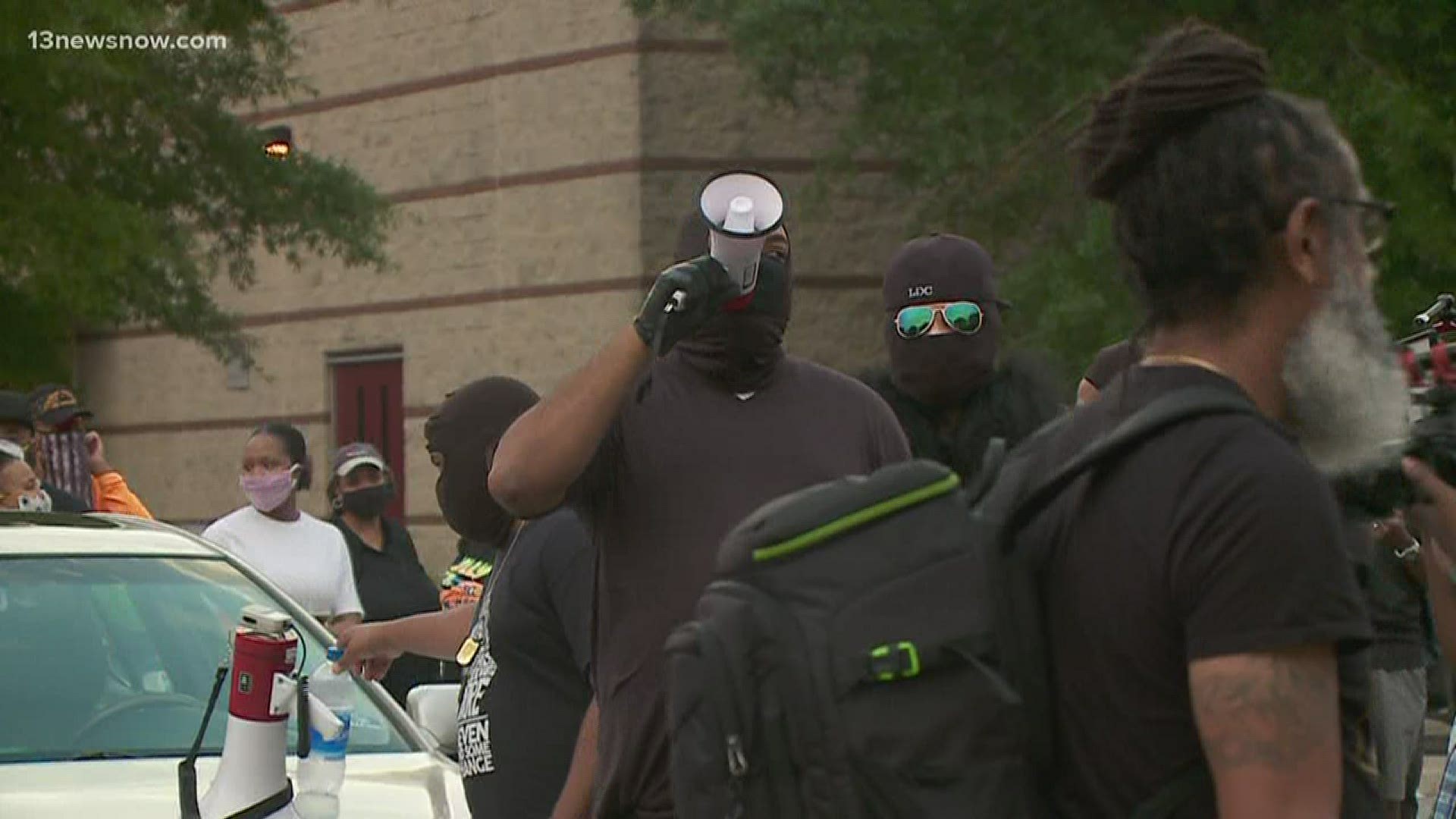 PORTSMOUTH, Va. — A crowd of people gathered at I.C. Norcom High School Saturday night and made their way down High Street heading to Portsmouth Police Headquarters.

The Portsmouth NAACP organized the demonstration. It was among many in Hampton Roads and across the country that were held after George Floyd died while he was in police custody.

A former Minneapolis police officer is accused of murdering Floyd. Video showed the officer kneeling on Floyd's neck while Floyd repeatedly told him he couldn't breathe. In the recording, you hear other people beg for the officer to stop.

During the demonstration in Portsmouth, people were calling on Police Chief Angela Greene to come have a conversation with them.

At one point, a number of demonstrators left the streets of Olde Towne and made their way into the westbound lanes of Interstate 264 near the Downtown Tunnel.

Sgt. Michelle Anaya with Virginia State Police said the westbound tube of the tunnel was shut down and that troopers were diverting traffic to Interstate 464.

Vernon Woodard was one of the people in the crowd.

"It's not right, it shouldn't happen to us," Woodard said. "We need to stop the police brutality against black and brown people."