Suffolk Police and Suffolk Fire & Rescue say an SUV and a U.S. Postal Service truck crashed in the 4200 block of Pruden Blvd. Monday. Mail was everywhere. 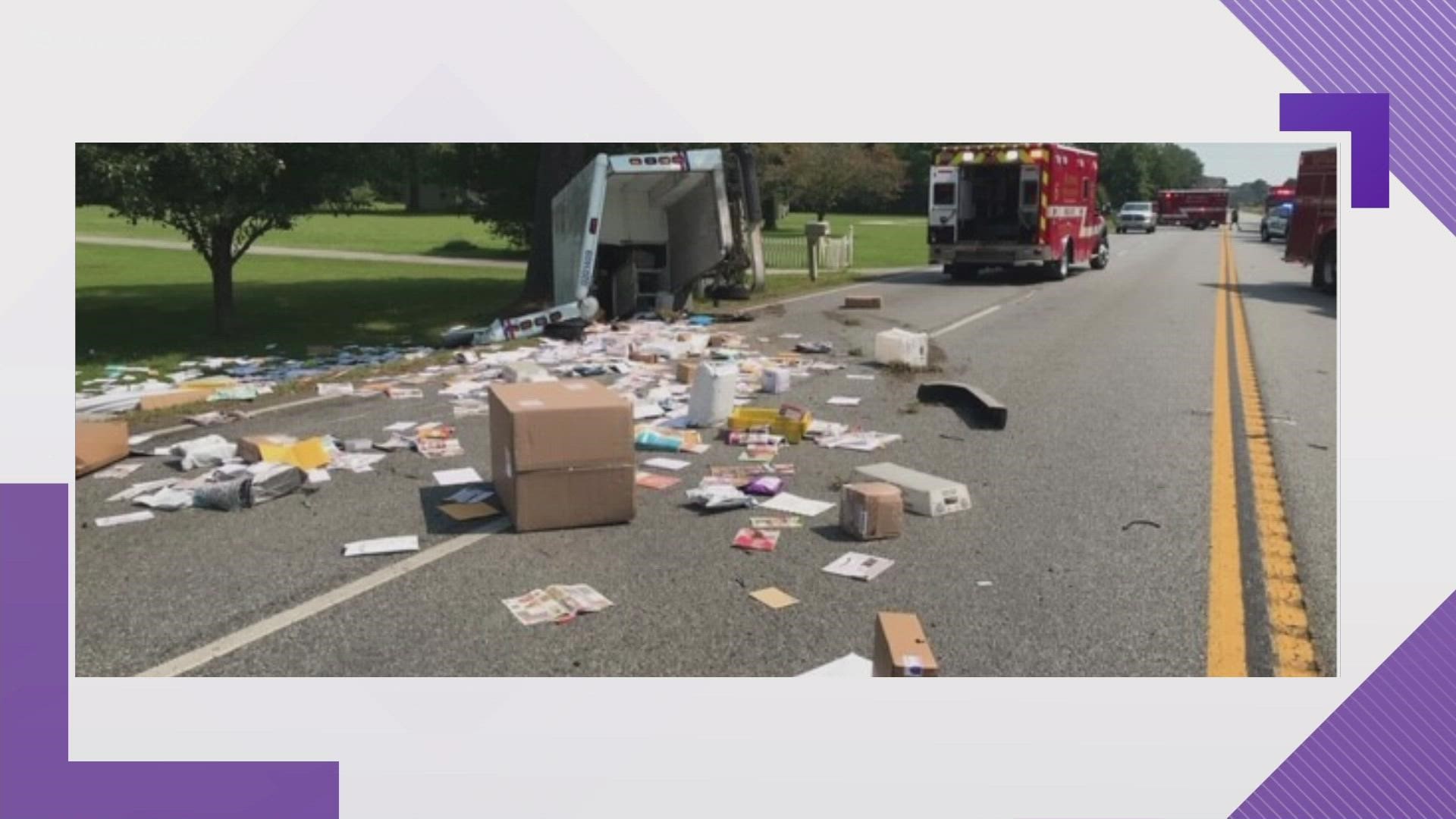 SUFFOLK, Va. — A road is back open on Route 460 in Suffolk after mail got thrown everywhere Monday afternoon when a Post Office truck and an SUV crashed.

Suffolk Police and Suffolk Fire & Rescue said a call came in around 12:18 p.m. about a vehicle crash that happened in the 4200 block of Pruden Boulevard.

When the medics got to the scene, they found a man stuck in a vehicle. They removed him from there and began treatment efforts.

The man was then flown to the hospital, suffering from serious injuries.

Crews also said they also found a woman. She was given immediate medical attention and taken to the hospital with serious injuries as well.

Police did not provide information on who was driving either vehicle.

Public Works officials assisted on the scene, they put out detours for drivers. That roadway has reopened, it was expected to remain closed for a while as workers needed to clear the debris from the area.

The cause of the crash remains under investigation at this time.