Police said they found two men dead after officers got a call about a shooting near 2nd Avenue. They found three other people hurt, including a 2-year-old girl. 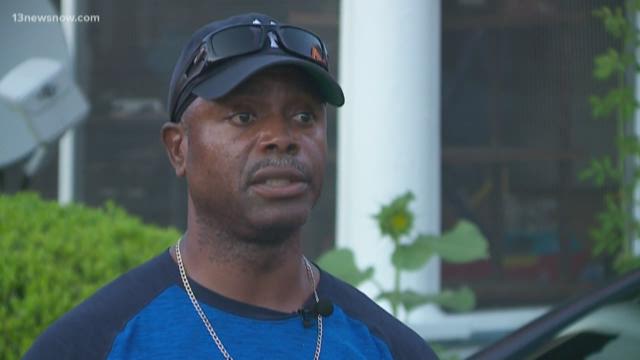 SUFFOLK, Va. — Two people died and three people are hurt in shootings at multiple locations in Downtown Suffolk on Friday night. Among the people hurt was a 2-year-old girl.

Police identified the two people killed as Davante Wilson, 24, of Suffolk and Aaron Porter, 22, of Suffolk.

Police believe the shootings are domestic-related, they confirmed Porter was the offender.

On Saturday evening, Wilson's family members were gathered at his grandmother's house as they mourned the loss of their loved one.

Charles said his nephew was inside of a car with his friend when Porter approached the car and began shooting.

"He had just met this young lady. He was out just sitting at her parent's house in the car, they were sitting in the car talking. Somebody came up and started shooting," said Charles.

Charles said the family is still trying to process why their loved one was killed.

"We're just going through different emotions. How did this happen? How could this happen to him of all people?" said Charles.

"He was a very good kid. Lovable to everybody, he graduated from high school, never got in trouble, never been in fights."

Charles said Wilson was raised by his grandmother and would visit her every Sunday, sometimes accompanying her to church. The family lost Wilson's father to brain cancer not too long ago.

"It's a trying time for the family now. We'll get through it, but its gonna take some time," said Charles.

Wilson's grandmother's house is steps away from where he was killed.

Charles said called all of her grandchildren moments after the shooting to make sure they were okay.

Wilson didn't pick up the phone.

The family later learned he was killed.

Emergency dispatchers received a call around 9:22 p.m. about a shooting near Second Avenue.

Police said there were multiple scenes including in the 200 block of North Broad Street.

That's where the first shooting took place in a vehicle parked in a driveway. That's where Wilson’s body was found.

Porter’s vehicle was parked behind them at the scene on North Broad Street.

Second Avenue and Bute Street was where Horton was shot and the 700 block of First Avenue was where Porter’s body was found, police said.

Horton was walking near Second Avenue and Bute Street with a friend when gunshots were heard and they began to run.

Horton was hit by bullets. He provided to police a description that matched Porter.

Police found Porter a block away dead from a single gunshot wound.

A witness at the scene told 13News Now about what happened.

“It was like blazing. It was like a gang. It’s just sad that two people died,” Angela Arrington said.

She was sitting in her car, outside her home, when gunshots rang out.

“The boy was laying in the street,” she said.

“It just happened. It was so quiet out here. No one was sitting on the porch but you could hear the shots.”

The crime scenes encompassed two city blocks and a total of 20 spent shell casings were located by police.