Virginia Beach Animal Control has been trying to catch the dog with countless failed attempts. That's because people keep feeding her. 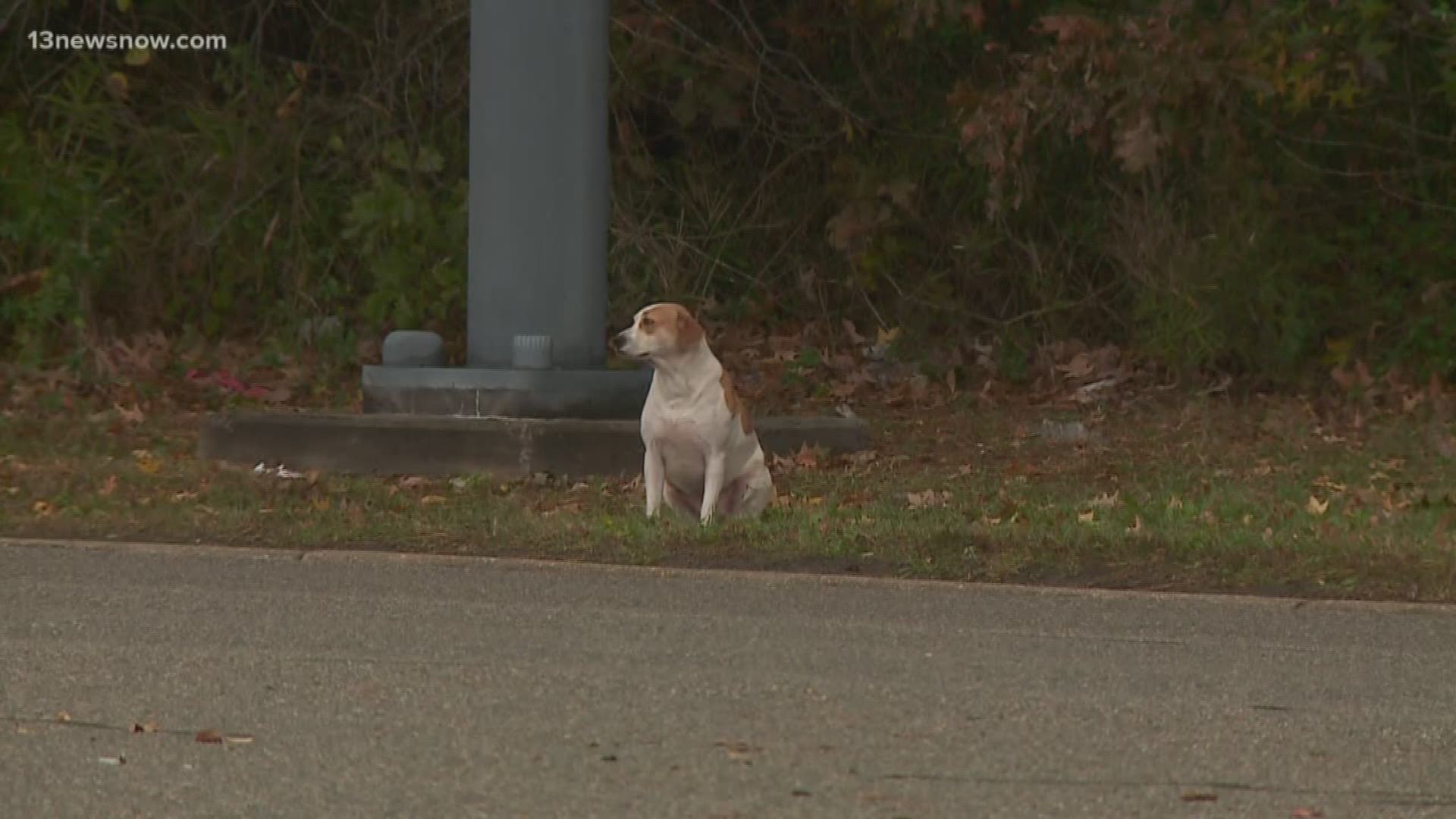 VIRGINIA BEACH, Va. — There's a hound mix near the Lynnhaven Mall that has been evading Animal Control for months.

Virginia Beach Animal Control said a family adopted the stray dog from a releasing agency in December 2018. Within days of being brought to her new home, the dog escaped. Since the white and tan dog wasn't in her adoptive home long, she didn't form a bond with the family.

For the past six months, people have called the Virginia Beach Emergency Communications regarding a stray dog around Lynnhaven Parkway and Sabre Street, near the Lynnhaven Mall.

"It's not as easy as the general public thinks, it really does take patience and consistency," Virginia Beach Animal Control Supervisor Meghan Conti said.

RELATED: Researchers say there's a better way to calculate how old your dog is in human years

"We understand the intention is to help the dog. However, in the long run, this causes the dog to not seek out the food in the trap," Virginia Beach Animal Control said in a press release. "It is also believed that the dog entered the humane trap one time and was let out of the trap by a citizen, resulting in the dog not entering the trap again."

Animal Control then tried to use a "missy trap." It requires the dog to seek out the food bait in the trap, become comfortable, and consistently visiting the area. This other trap was also unsuccessful again because citizens were still feeding the dog. This makes the dog become reliant on the handouts and not hungry for the food bait placed in the trap.

The dog is now sitting near a high traffic area, which is dangerous for the dog and the people leaving food.

Animal Control is working with two animal advocacy groups in the area, Lost and Found Pets Hampton Roads and Lost and Found Pets Williamsburg York County James City County, utilizing valuable resources they have made available to monitor the dog and catch her. Aminal Control said that the process takes time and consistency, which is why they are asking that citizens not to feed her, not to approach her, and allow Animal Control to safely catch her.

Gina Highfield is the founder of the Facebook Page, Lost and Found Pets Hampton Roads, Virginia. She said she knows the person who owns the property where the traps are located. She shared trap surveillance pictures of people trespassing, which is illegal to go on the property.

“The goal is to get her into the trap," said Highfield. "Everybody has to stop feeding her on the street and don’t chase her because she’ll run into traffic."