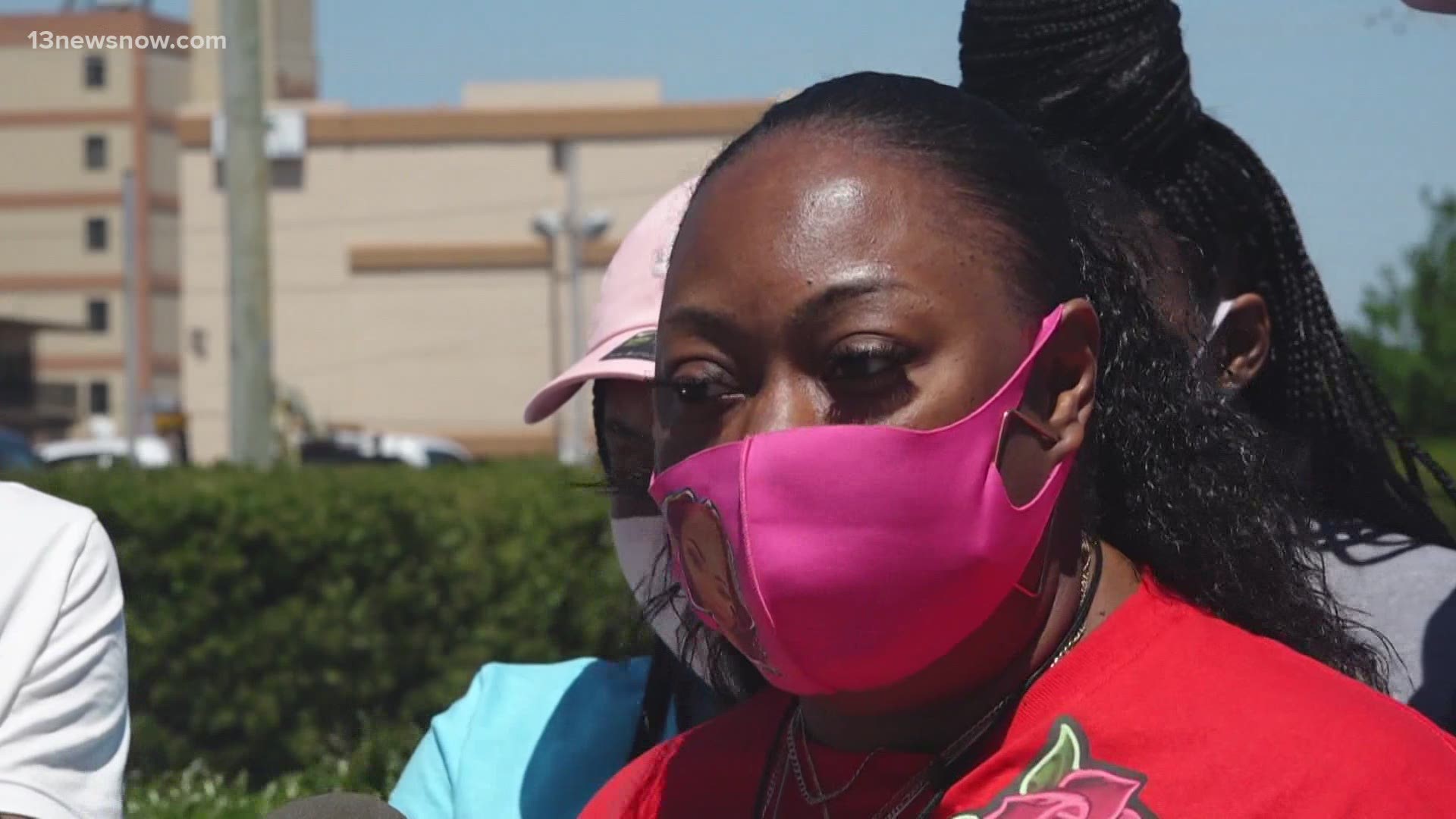 VIRGINIA BEACH, Va. — More than a month after the Oceanfront shooting where Deshayla Harris was killed, the 29-year-old's mom is still demanding answers.

“I can’t explain how it feels, because there are no words,” said Elisheba Harris.

Someone shot and killed Deshayla Harris at the Virginia Beach Oceanfront on March 26. Elisheba Harris said she can’t sleep knowing her daughter’s killer is still out there.

“That’s something - whatever anybody does, you can’t give her back,” Harris explained.

Investigators call Deshayla an innocent bystander. Harris’s family is demanding answers and justice in her death.

“He was very nice," she said. "He was a very nice man and he said he was going to try and do what he can."

She said she hopes Neudigate can eventually give her the answers she desperately needs.

“I need closure; I need peace in my life and my family's life,” Harris said.

Virginia Beach Police tweeted a news release on Friday night, stating they are continuing to investigate and are working to identify the suspects involved in the shooting.

"Surveillance video, eyewitness statements, and other evidence continue to indicate that Deshayla Harris was struck by gunfire exchanged between groups of individuals," police said in the statement. "All evidence at this time indicates that her death occurred several minutes prior to the police involved shooting that occurred the same night, as well as the fact that the bullet recovered from Deshayla Harris is not the same type of ammunition issued to members of the VBPD."

Members of Black Lives Matter 757 are holding a march for Harris at 5 p.m. Saturday at the Virginia Beach Oceanfront. It will start on 19th Street.

This mom is heartbroken and said she can’t keep at night.

Deshayla Harris was shot and killed at the Virginia Beach Oceanfront in March. Her family continues to push for answers. #13NewsNow pic.twitter.com/G94j6wg3wx