When firefighters arrived they found heavy smoke and flames coming from the side of the structure of The Crescent Condos, between Nimmo Pkwy and General Booth Blvd. 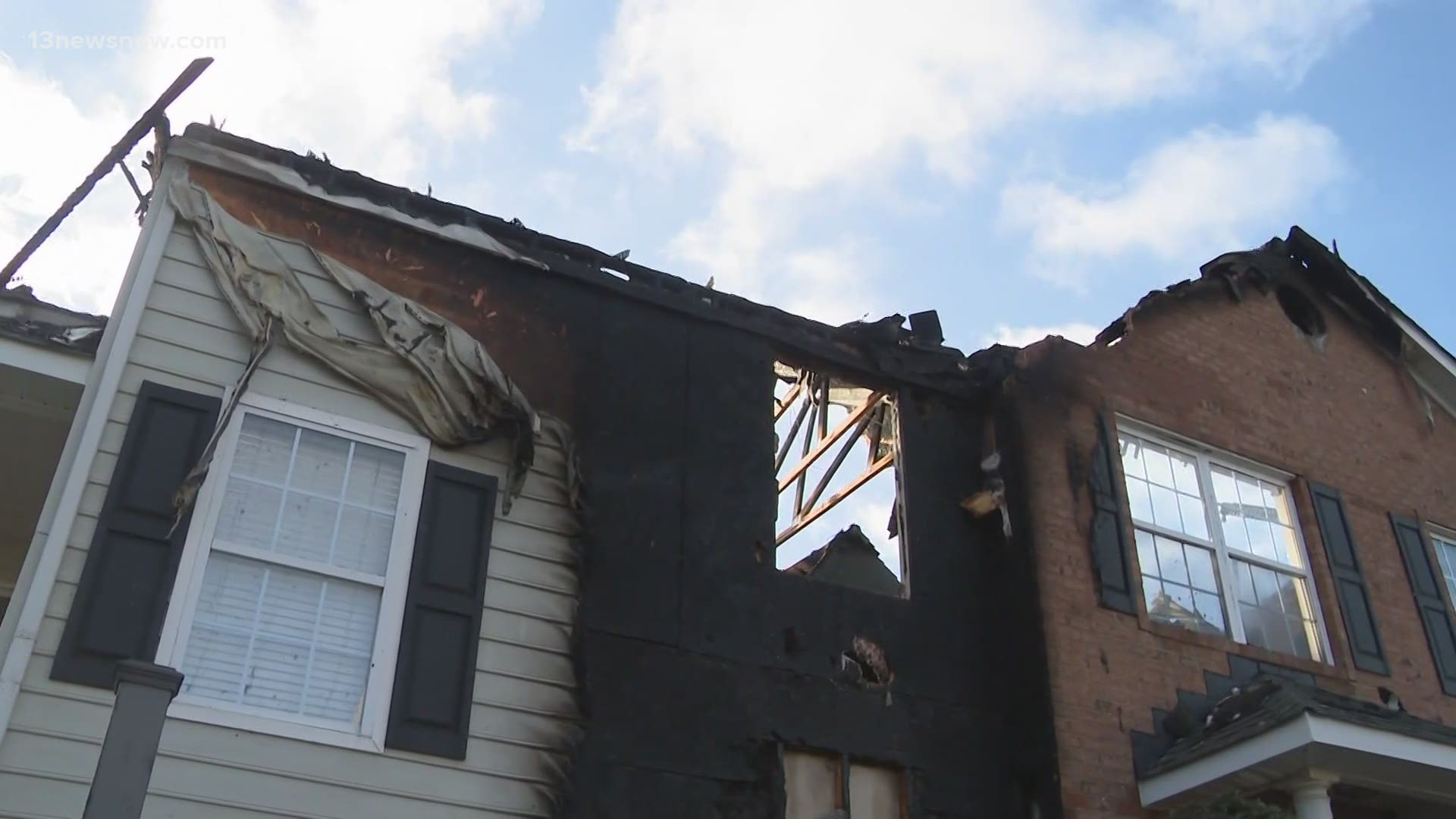 Tray Rascoe lives on the top floor. He woke up at 2 a.m. to the sound of his smoke detector going off.

“If our fire alarms weren’t working. Our family wouldn’t be here today," he said. “I ran out into the living room, saw there was fire coming up through the window and the side of the house. I yelled for my mom and my fiancé.”

Firefighters from The Virginia Beach Fire Department reported heavy smoke and flames coming from the side of the structure. They were able to put the fire out just before 2:30 a.m., less than an hour after arriving.

The fire damaged the top floor unit, and the roof of the building next door.

“Three people in the upstairs, one in the downstairs, and then next door there was one person in that unit,” Munroe said. “There’s only water damage to the lower unit. The fire wall did what it was supposed to and protected the rest of the units.”

According to firefighters, three condos were affected, one with serious fire damage, while two others suffered major water damage.

All residents safely evacuated and officials said there were no injuries reported.

Rascoe said he’s grateful everyone made it out, but the fire is another blow to his family. He lost his brother five months ago.

“We’re distraught a little bit but we got each other," he said. "Those are things that can be replaced. Except for my brother’s things. We’re not going to be able to get those back. It is what it is.”

Rascoe said he wants to encourage everyone to check their smoke detectors to make sure they're working.

The Virginia Beach Fire Marshal’s office is investigating and said the cause of the fire is undetermined at this time.