Did you see an unusual light slowly cross the sky around 5:30 Friday afternoon? 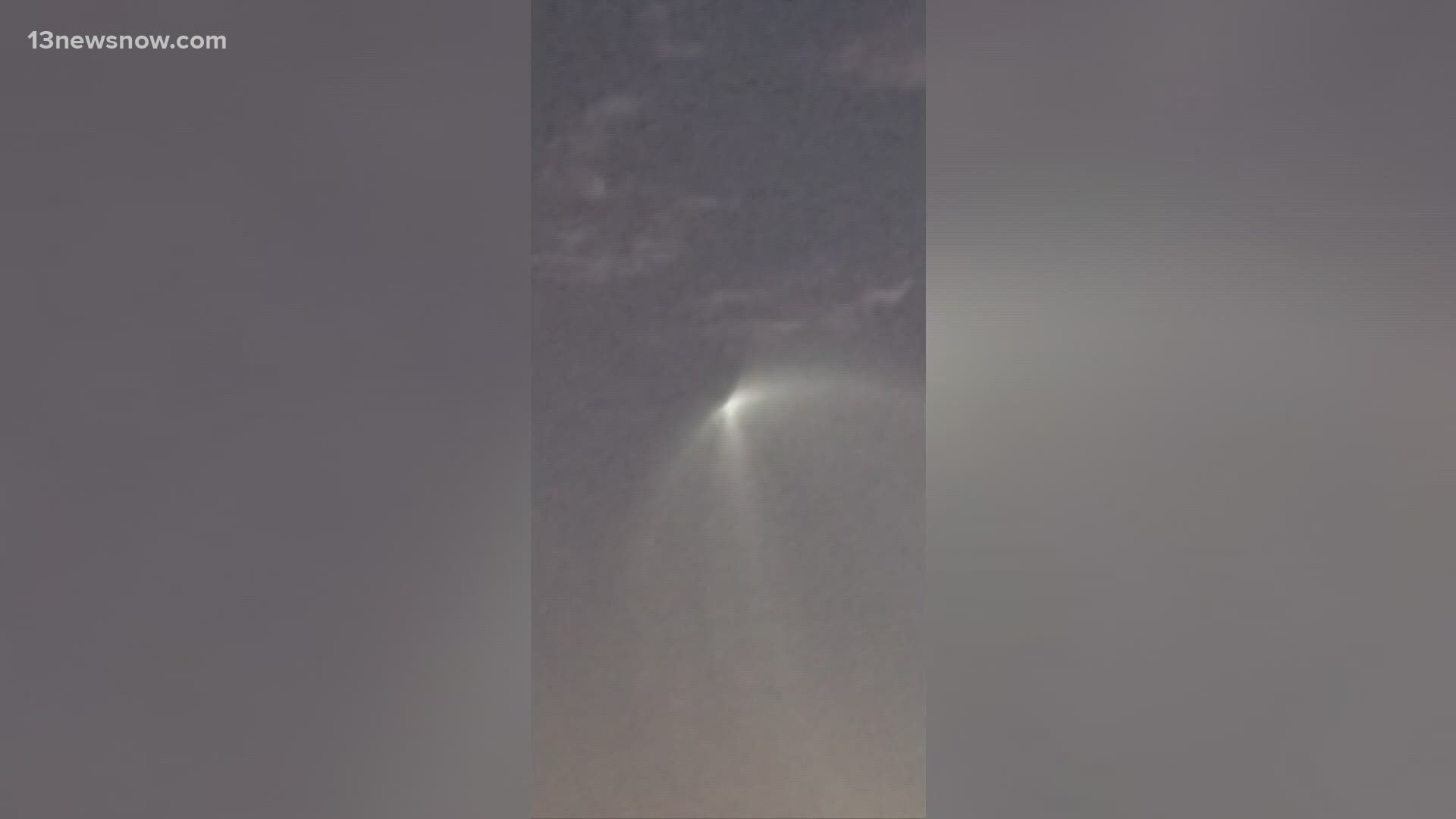 VIRGINIA BEACH, Va. — A strange light display caught the attention of many people across Hampton Roads on Friday afternoon.

Several people reached out to 13News Now asking about a strange lighted object that light up the clouds and slowly moved across the sky as the sun set around 5:30 p.m.

We reached out to both NASA Wallops Flight Facility and NAS Oceana.  We haven't heard back yet from Oceana, but a spokesperson for Wallops confirmed the object didn't come from them.

However, it is possible this was a rocket launch, but from much further away: at 5:32 p.m. Friday -- right around the same time people across Hampton Roads saw the mysterious lights -- an Atlas V rocket launched from Cape Canaveral, Florida.

We're waiting to hear back, but it's possible the object that was seen over the skies of Virginia actually originated from Florida!