Prosecutors asked to nolle prosse charges against Christopher Schmidt. They can refile the charges when they feel they have sufficient evidence. 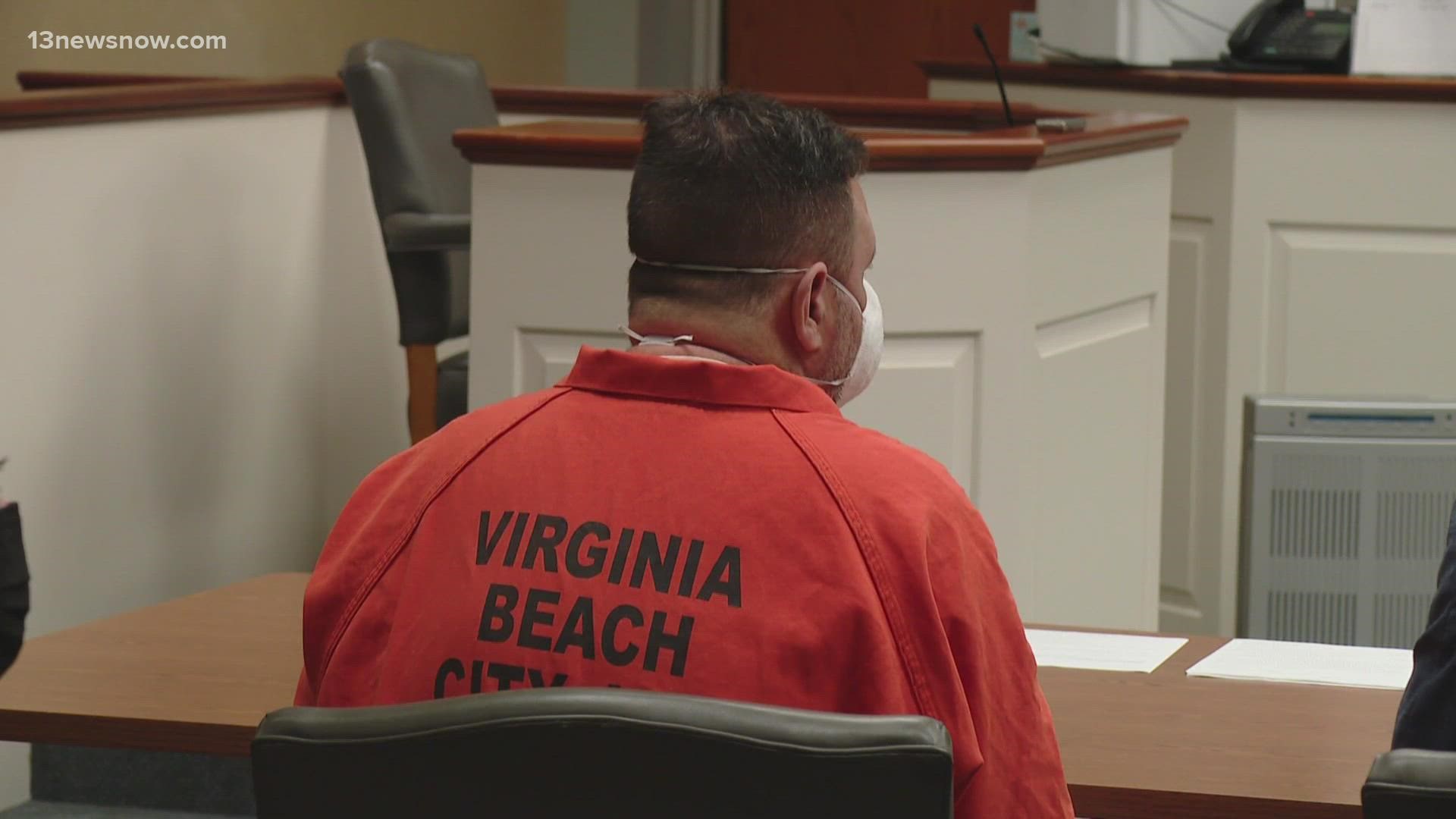 VIRGINIA BEACH, Va. — A judge granted a motion Tuesday allowing the Virginia Beach Commonwealth's Attorney's Office to withdraw charges against a man accused of arranging the murder of his wife in 2004.

Schmidt's release is a product of a series of legal rulings sparked by the elimination of the death penalty in Virginia, likely the first case of its kind in the Commonwealth.

An attorney representing Schmidt said he was "grateful" the charges were withdrawn, as the last three years in jail have been "devastating" for Schmidt.

"It's a sad case for everybody, of course, and for the victim's family," said Lisa Broccoletti, an attorney representing Schmidt in court Tuesday on behalf of her husband James Broccoletti. "But they have the perpetrator in custody, [Richard Stoner] has confessed, Mr. Schmidt didn't have anything to do with this."

Broccoletti said she could not answer what Christopher Schmidt would do after his release, acknowledging the Commonwealth's Attorney's Office has the right to refile charges.

Police arrested Schmidt and Richard Stoner in 2018 in connection to the killings of Schmidt's wife, Lois, and her 7-year-old son, Jonathan Vetrano. Investigators said Schmidt hired Stoner to murder his wife. Schmidt and Lois were in a custody dispute concerning their daughter at the time of the deaths.

After his arrest, Stoner said Schmidt did hire him in the murder-for-hire case which took place at the home in College Park where Lois and Jonathan lived. Stoner also testified that he injured Lois' brother, killed a dog, and set a fire at the house on Newcombe Drive.

Stoner entered a guilty plea to the charges against him relatively shortly after his arrest. Recently, he requested to withdraw his guilty plea which a judge granted. The basis for the judge's decision was the change in Virginia law on July 1 that put an end to the death penalty in the state. The judge said the change in law altered the plea agreement that was in place and he had “no recourse but to relieve [Stoner] of obligations based on contract law.”

Prosecutors withdrew charges after a series of legal rulings - sparked by the elimination of the death penalty in Virginia. @13NewsNow pic.twitter.com/2E1YF2CsaV

Prosecutors had hoped to use the transcript from Stoner's preliminary hearing that took place years ago as evidence against Schmidt at his trial. A judge ruled that he would need to make that decision during Schmidt's trial.

During the hearing on Stoner's guilty plea, prosecutors said they were in a "lose-lose situation” because they couldn’t seek the death penalty and they couldn't force Stoner to give testimony at Schmidt's trial.

With the risk of the testimony from Stoner's preliminary hearing denied as evidence, Stoner pleading the Fifth Amendment and Schmidt being acquitted with no chance for a retrial due to double jeopardy, the prosecution said Tuesday that it had "no other option" but to withdraw the charges.

Schmidt was released from the Virginia Beach Correctional Center around 4 p.m. on Tuesday.

With the withdrawal of his guilty plea, Stoner will now face a jury trial. The trial date has not been scheduled yet.

Prosecutors would likely need the cooperation of Richard Stoner and his testimony to re-file charges against Schmidt in the future.