Matthew Rushin was sentenced to 10 years in prison for causing a crash that turned out to be a suicide attempt. Now, the wife of a man badly injured is speaking out. 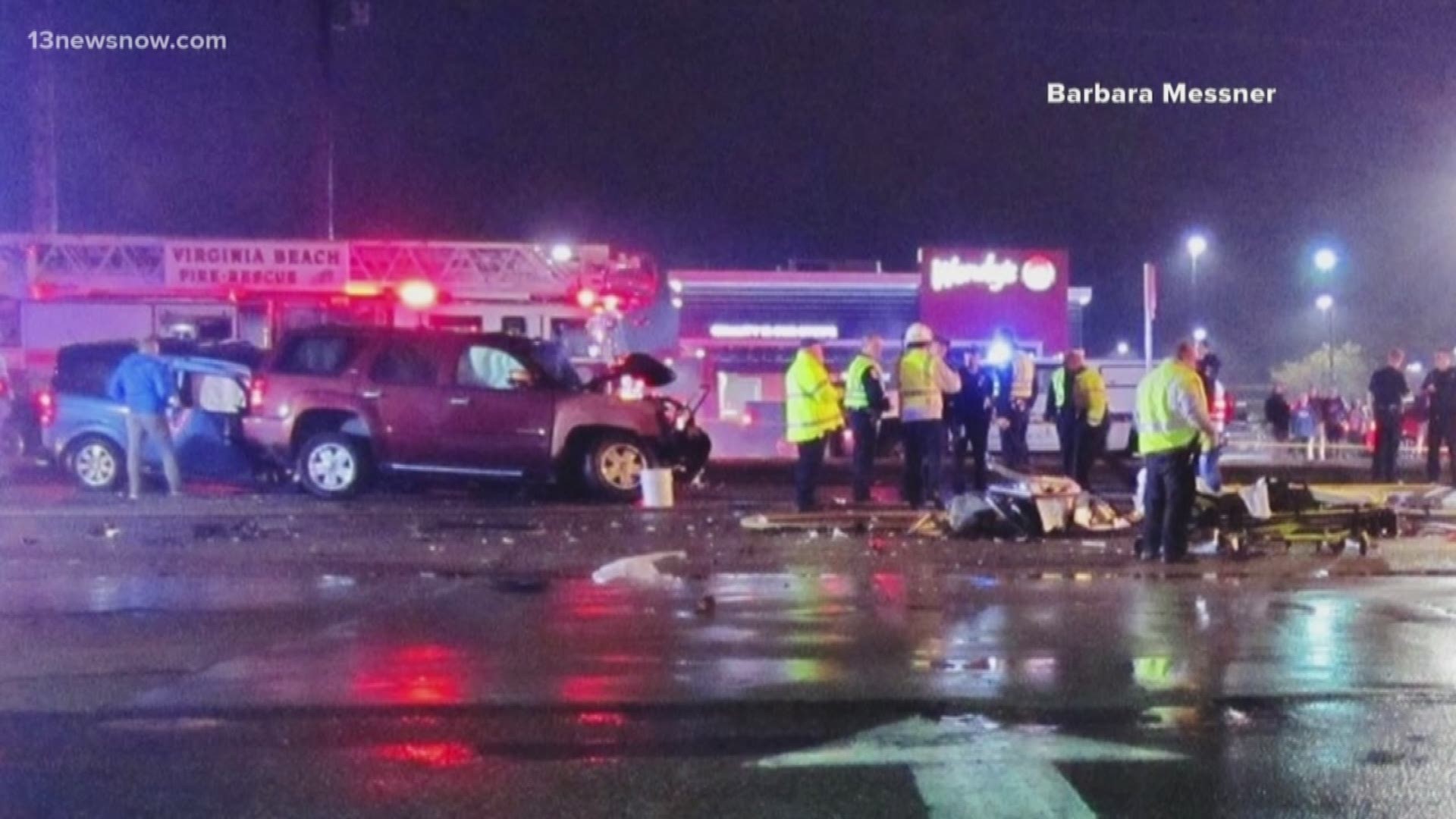 VIRGINIA BEACH, Va. — After a judge sentenced 20-year-old Matthew Rushin to 10 years behind bars for deliberately causing a three-car crash, one of the victims whose life changed forever is speaking out.

Danna and George Cusick were visiting Virginia Beach from New York, scoping out the city as a contender for next year’s family vacation. They were on First Colonial Road when Rushin crossed the median and drove straight into the Cusick’s car at 65 miles per hour.

“I heard my husband say, 'What the…' and I see one light and he swerves a little bit…boom! The car imploded, literally imploded,” described Cusick.

Cusick said first responders believed her husband would die that night. He survived but now is in a medical facility, possibly for the rest of his life. It costs the family $20,000 per month.

“He’s had infections, traumatic brain injury, he cannot speak, he cannot eat by himself, he needs total care, he cannot walk, he barely moves,” said Cusick.

Danna’s broken bones have healed but she says she and her family are shattered, adding their former happy life is gone forever.

“We have been ruined financially, physically, mentally. I may have to divorce my husband of almost 52 years in order to protect the assets that we worked so hard to amass,” said Cusick.

Cusick said she takes care of her husband around the clock but adds she and her family just want George to come back.

“I’d like him well enough that we can take him some places at least for a couple of hours,” said Cusick. “We’re not asking for a lot, we don’t want a lot. We just want George.”

On Wednesday a judge gave Rushin four years more than the recommended sentence, with a spokesperson with the Commonwealth’s Attorney citing the judge has discretion based on Rushin’s actions.

Rushin pled guilty on Aug. 6 to two counts of malicious wounding and one count of felony hit-and-run. Had this case gone to trial, the Commonwealth Attorney’s office says evidence would have proven that Matthew Rushin struck another moving vehicle in a parking lot on Laskin Road in Virginia Beach on Jan. 4.

Rushin did not stop and instead fled the parking lot onto First Colonial Rd., driving at approximately 65 miles per hour when he hit Cusick’s car.