Salt Church surpassed its goal of 100 turkeys within the first hour of collecting the birds from members of the congregation. 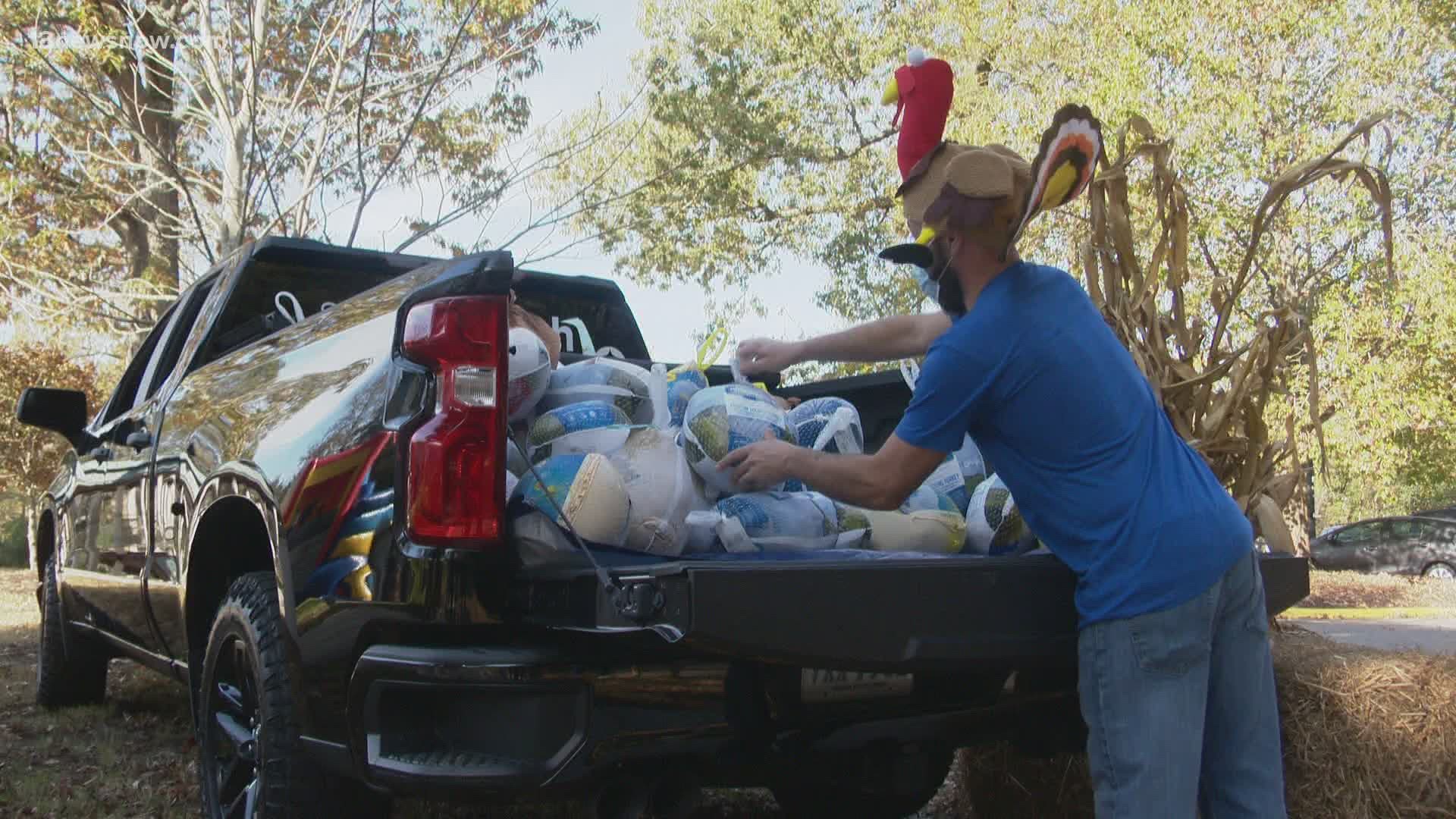 VIRGINIA BEACH, Va. — The holiday season is officially here and a church in Virginia Beach is making sure families have a Thanksgiving meal, this year.

This morning's Sunday service at Salt Church in Virginia Beach was a little different because it's their annual turkey drop.

Lead pastor Leon Dunning said this is the fourth year his church has hosted the donation drive.

"We collect turkeys for families here in the area that are in need of a thanksgiving dinner," Dunning said.

As members of the congregation arrived for service, they brought a frozen turkey.

The goal was to collect 100 turkeys, and within the first hour of collecting turkeys, they surpassed their goal.

Dunning said there's always a need, but he knows a lot more families are struggling this year.

"We are in a pandemic so it's a little different this year," Dunning said. "Why not serve. One of the greatest responses to times where people are really struggling and trying to figure out the uncertainty and the dark times is to serve."

His church is donating the turkeys to the Judeo-Christian Outreach Center so they can make sure those in need get a Thanksgiving dinner.

"We're one of the only churches in the area that's doing this, and they really depend on us for those turkeys," he said.