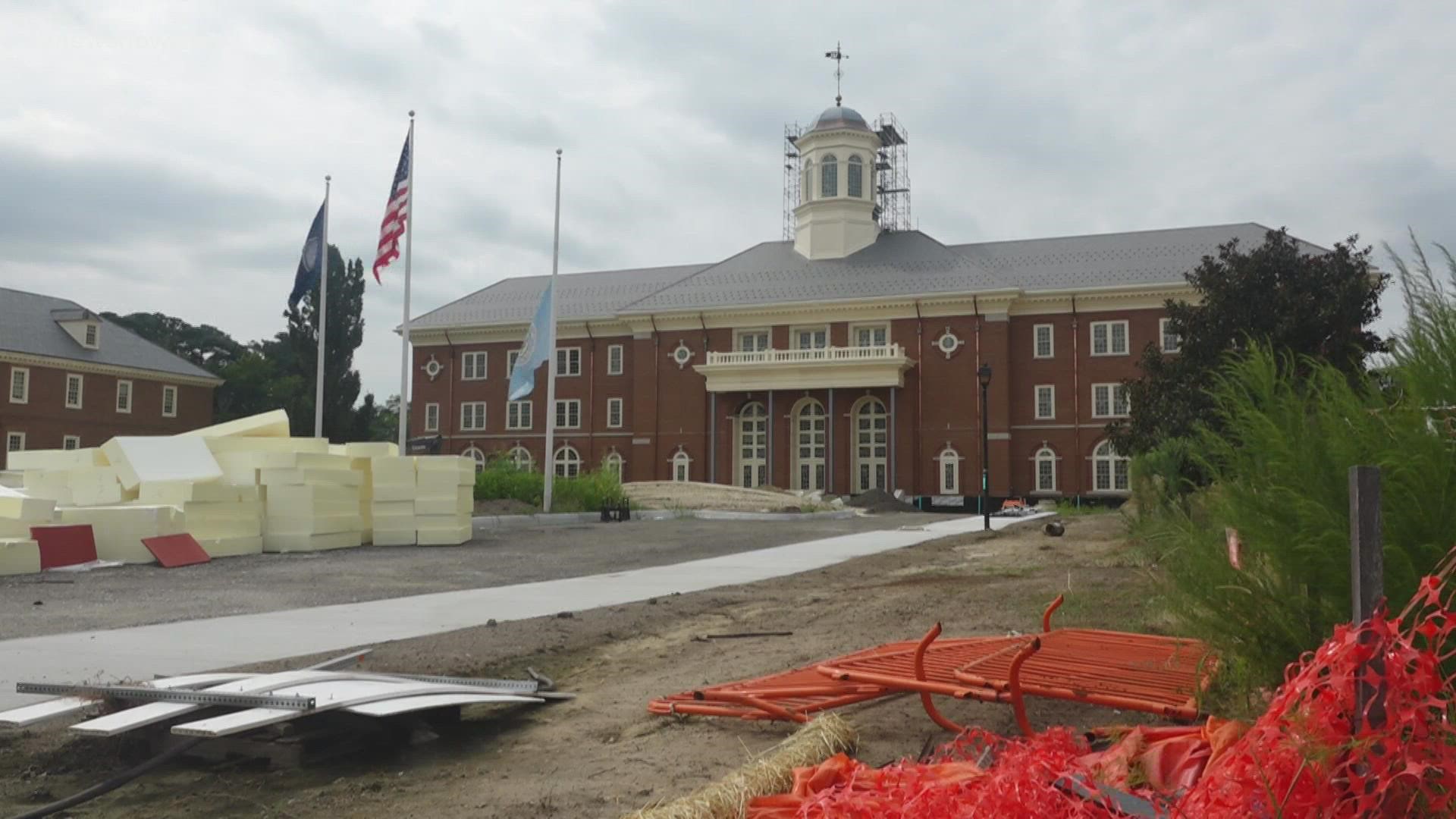 VIRGINIA BEACH, Va. — The completion of a big project is pushed back in Virginia Beach.

Virginia Beach city leaders originally expected the project would wrap up by August or September, but now say it’s delayed until December 2021 because of critical material shipping delays, requested changes, and inclement weather.

After the building is done this December, crews plan to bring in new furniture and IT equipment between January and March 2022. City workers won’t move into their new offices until April of 2022.

Building 2 -- where a gunman killed 12 people and injured several others -- is getting renovated. That building will become Virginia Beach Police Headquarters, the first precinct, and the city's data center.

City leaders expected Building 2 to be done by Spring of 2022, however, a change in the design phase for the data center on the third floor pushed the finish date by seven months. The completion of Building 2 is now scheduled for fall 2022, and city workers will move in by winter of 2022/2023.

City leaders said they also plan to renovate Buildings 1 and 11, but the start of construction is contingent on the completion of the new City Hall and Building 2. Leaders expected crews will complete and occupy Building 1 and Building 11 between the fall of 2023 and the spring of 2024.

City leaders say no additional funding is needed to finish the construction of any of the buildings. Officials said they are providing close oversight of potential change orders to all contracts.

City council members will receive an update on the construction of City Hall from the city’s facilities engineer on Tuesday during city council briefings.

13News Now reached out to city council members for this story, but they did not want to interview or talk about the delay until they are briefed on the delays.