Virginia Beach Police say that beginning Monday night, members of the National Guard will be out to assist officers. 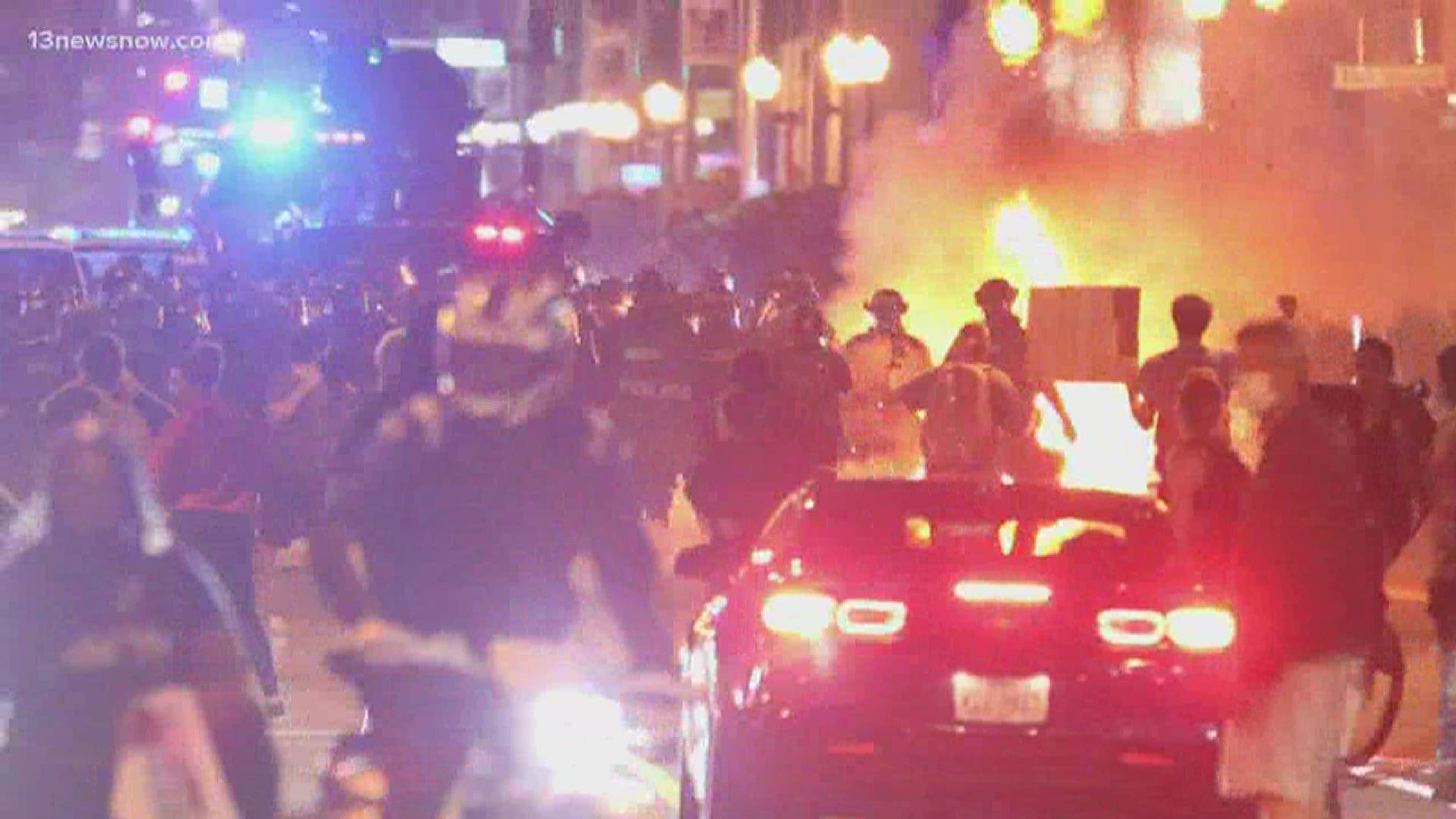 It started out as a peaceful march calling for swift justice and action in the wake of George Floyd's death. Then, chaos broke loose after a small number of protesters started smashing windows of different storefronts and looting shops that line the Oceanfront.

Zucaro called the start of protests at the Oceanfront Sunday night "remarkable," but says things became violent around 10 p.m.

According to the acting police chief, protesters began throwing objects at the officers and storefronts, and he also claimed the crowd dispersed tear gas at Virginia Beach police officers.

He said the police then responded with tear gas of their own.

Officials said that 48 businesses total were damaged, with estimates over $300,000.

In their update, police said there were 19 arrests (28 charges) made at the Oceanfront. Two were felony charges, 16 were misdemeanor, and one was a traffic summons. Four were from Virginia areas outside of Hampton Roads. Two were from elsewhere.

Additionally, two officers had minor injuries during the confrontations, Zucaro said. One had a twisted ankle, while the other head and neck injuries from being hit by a cinderblock. Both are OK.

One citizen also suffered minor injuries, which Zucaro described as scrapes and cuts from a hit-and-run where a private car was trying to leave.

"When things turn to destruction of property and things of that nature, that's where we hope to draw the line," Dyer said.

In a message to protesters, Dyer said, "Get your message out peacefully. You're being heard by an entire nation. We have to treat each other better as a society going forward."

1 / 12
Stephen Wozny, 13News Now
Police in Virginia Beach, seen with a plume of tear gas at the Oceanfront on. Officers used the gas to help break up a crowd after a demonstration on May 31, 2020 was declared an "unlawful assembly."