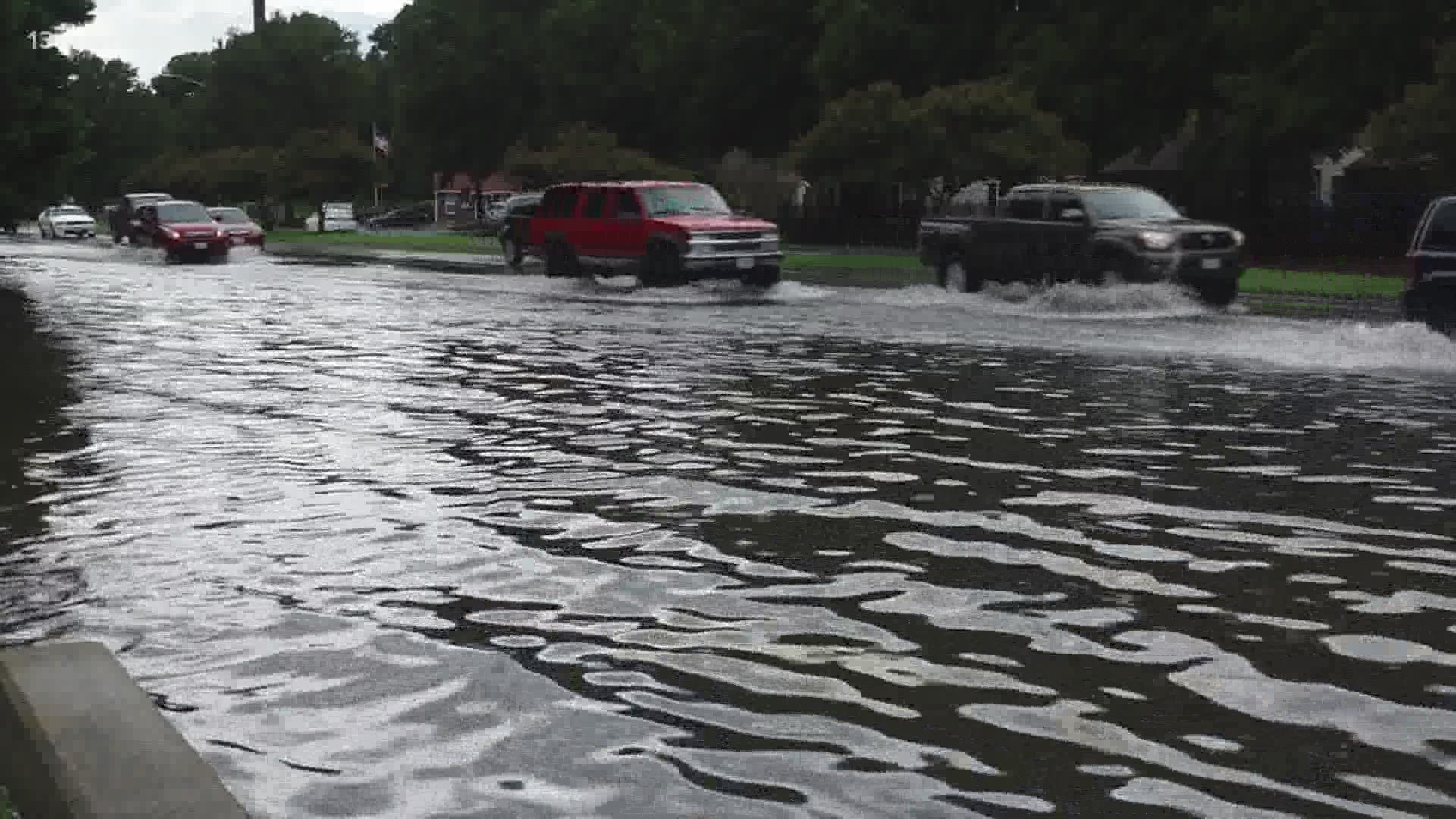 Neighborhoods off of Dam Neck Road saw some flooding approach their doorsteps, with many residents forced to walk in the water to get home from work.

US Marine Kenny Leon lives off of Gallery Avenue in Virginia Beach. He and others took action helping their neighbors.

“My neighbor from across the street whose car was actually in the middle of the road flooded, and me and a couple of other neighbors came by and we all just put the car up the driveway together," said Leon.

According to Dominion Energy, Thursday's storms caused about 2,000 outages, which was already on top of outages caused earlier in the week by Tropical Storm Isaias.

A Dominion spokesperson said the "majority of customers who lost power due to Isaias are expected to be restored by 11 p.m." Thursday, and crews are currently out and assessing the damage caused by the latest round of stormy weather.

⚠️Traffic Alert⚠️ major flooding in the following areas - General Booth near Strawbridge Shopping Center and Nimmo Parkway near Red Mill Shopping Centers, Avoid the area and do not attempt to drive through standing water! @CityofVaBeach

Flooding in Virginia Beach from Storm on August 6, 2020