Marijuana became legal in Virginia on July 1. People over the age of 21 can possess up to an ounce of the drug. 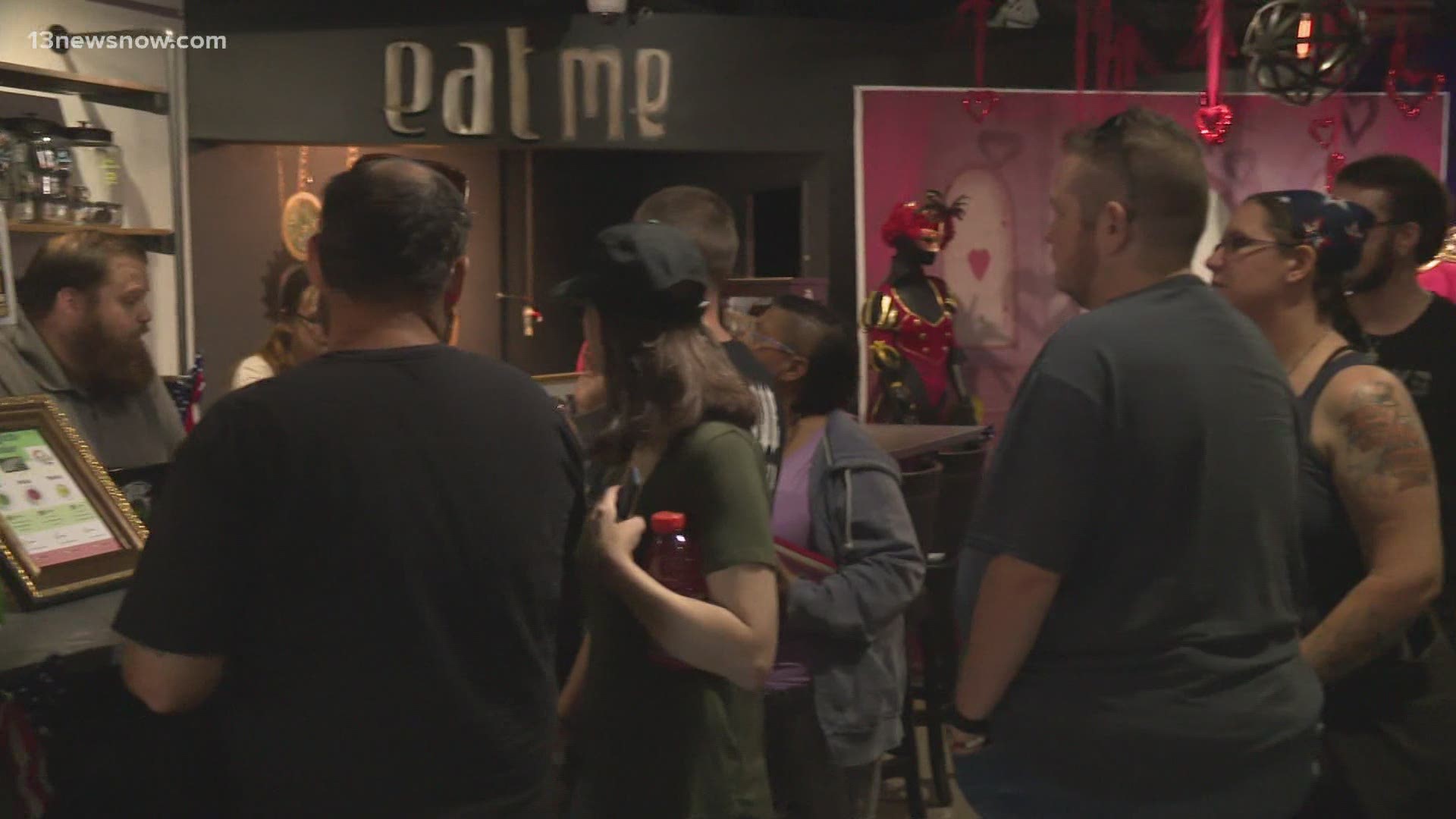 VIRGINIA BEACH, Va. — Marijuana has been legal in Virginia for three days now and local businesses are already celebrating.

Alice Cummings one among many Virginians welcoming the news at Queen’s Green Apothecary in Virginia Beach.

"I've been smoking it since the Vietnam War," Cummings said. "I ain't been caught, thank God!"

The smoker’s lounge at Queen’s Green Apothecary is a "safe space" according to owner Nick Rocha.

"We want to make sure people have fun, but do it in a safe way," he said.

"We're encouraging people to make sure you have a plan. Just like if you were going to a bar, have an Uber driver or a designated driver coming home. Don't get so wasted or beyond your limit. Go into it slow. Take your time and enjoy it. We do not want to be that first bar or club that gets shut down."

As of July 1, marijuana is legal in Virginia for those above the age of 21. You can have up to an ounce of weed. Smoking in public is illegal.

His business has two parts. The first is a vape and gift shop offering things like CBD-infused chocolate. The lounge is next door.

"We'll have live music, we'll have different shows going on. And then we have people actually giving a demonstration on how to grow plants," Rocha said

Legal sales won’t start until 2024 so his store does not sell any marijuana, but Rocha said there is growing interest among his team in one day becoming a licensed dispensary.

"We're hoping that they'll actually move forward with that legislation a lot sooner than January 2024 projected date but we'll see," he said. "We didn't expect the legalization piece to happen."

The shop hosted a "Fweedom Fest" event Saturday afternoon to celebrate the new law, complete with giveaways and CBD samples.

A portion of the proceeds benefitted local charities.

There is only one medical marijuana dispensary in Hampton Roads. It’s in Portsmouth.