Virginia Beach Waste Management officials say each crew is provided with PPE and plenty of hand sanitizer. They are also spraying the trucks with disinfectant. 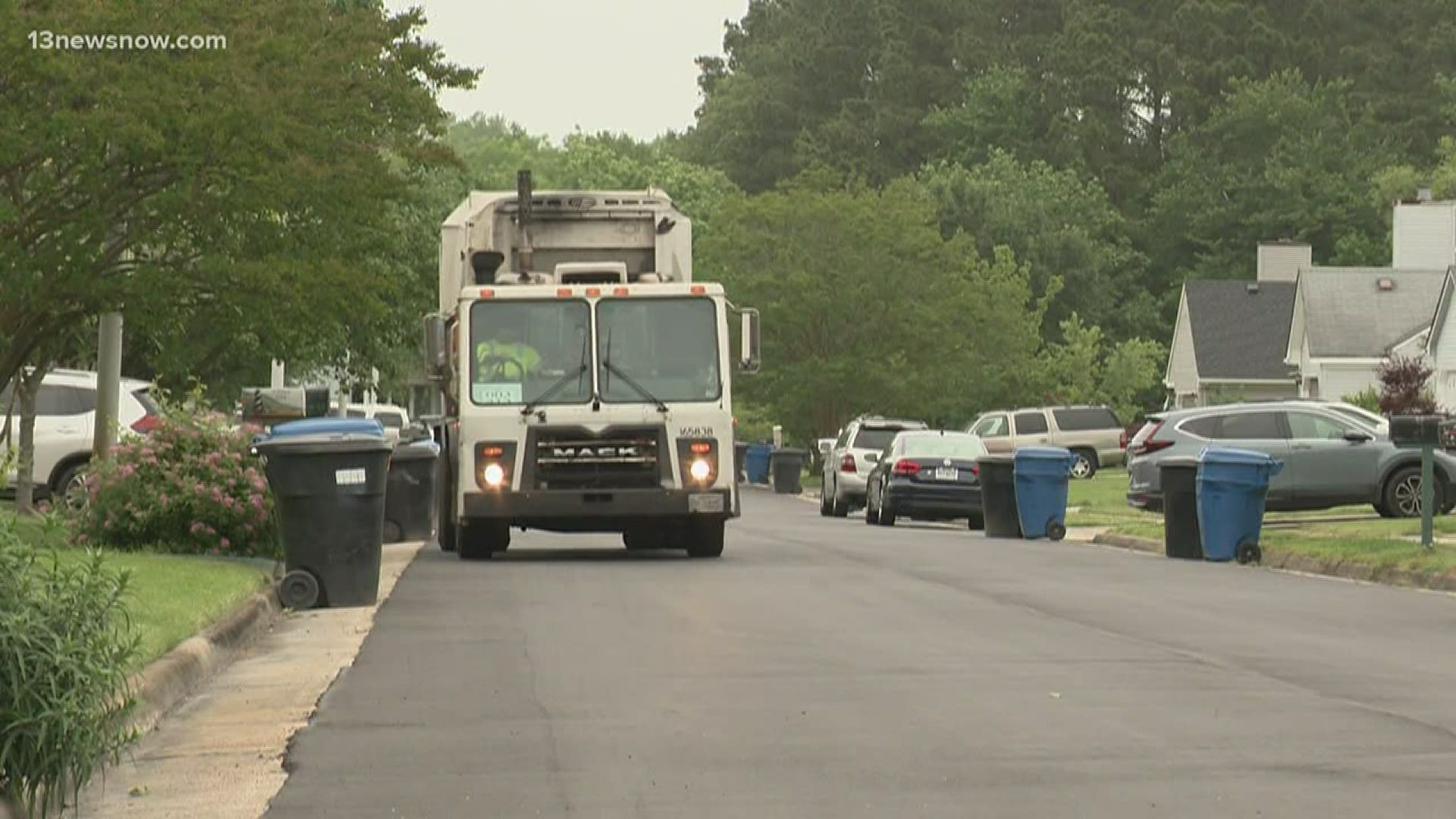 VIRGINIA BEACH, Va. — The coronavirus has generated a lot of concern, worry, frustration, and garbage!

“People are cleaning out their garages and doing a lot of yard work and it just creates a lot more material for the city,” explained Public Works Waste Management Operations Manager Gary Kelly.

Virginia Beach Waste Management said with more people working from home, they are picking up 20% more trash than usual. So far, they have collected 9,481 tons of trash, 4,288 tons of yard waste, and 2,491 tons of recycling.

“Crews get tired. Those are long days, it’s a long work week and they have done a great job,” Kelly said.

George Anderades is a Virginia Beach Waste Operator 4. It’s his job to pick up every trash can on his route.

“The can I just serviced was one can, but the lady had a lot more trash around it,” explained Anderades.

He said he typically works four days a week but has had to work more days because of extra garbage. Now, he's working six days a week. He said people’s trash has doubled -- some even tripled!

He said, “You got to be patient, people are living here. They need their service and we need to provide the service as much as we can and we need to take care of them. They are our people.”

Anderades said every day is a different task. He said, lately, some people’s trash cans are so full, he can’t use the electronic arm to pick up the cans.

“It’s like when you’re lifting a 20 pounder and you can’t do it no more, your arm starts burning, so you stop it,” he explained. “So I have to get out, lighten up, dump the can and refill it.”

“Around the world, we are the ones who keep neighborhoods clean,” Anderades said.

Virginia Beach officials also say people going to the landfill increased by almost 90%. Leaders say things are starting to slow down and are starting to get back to normal.

Kelly said, “Thank you to the residents that are very patient and they have to know that we will get to them. If it’s at the curb, we will make sure it gets service.”