Attorneys: Andrew Brown did not drive into deputies before they shot, killed him 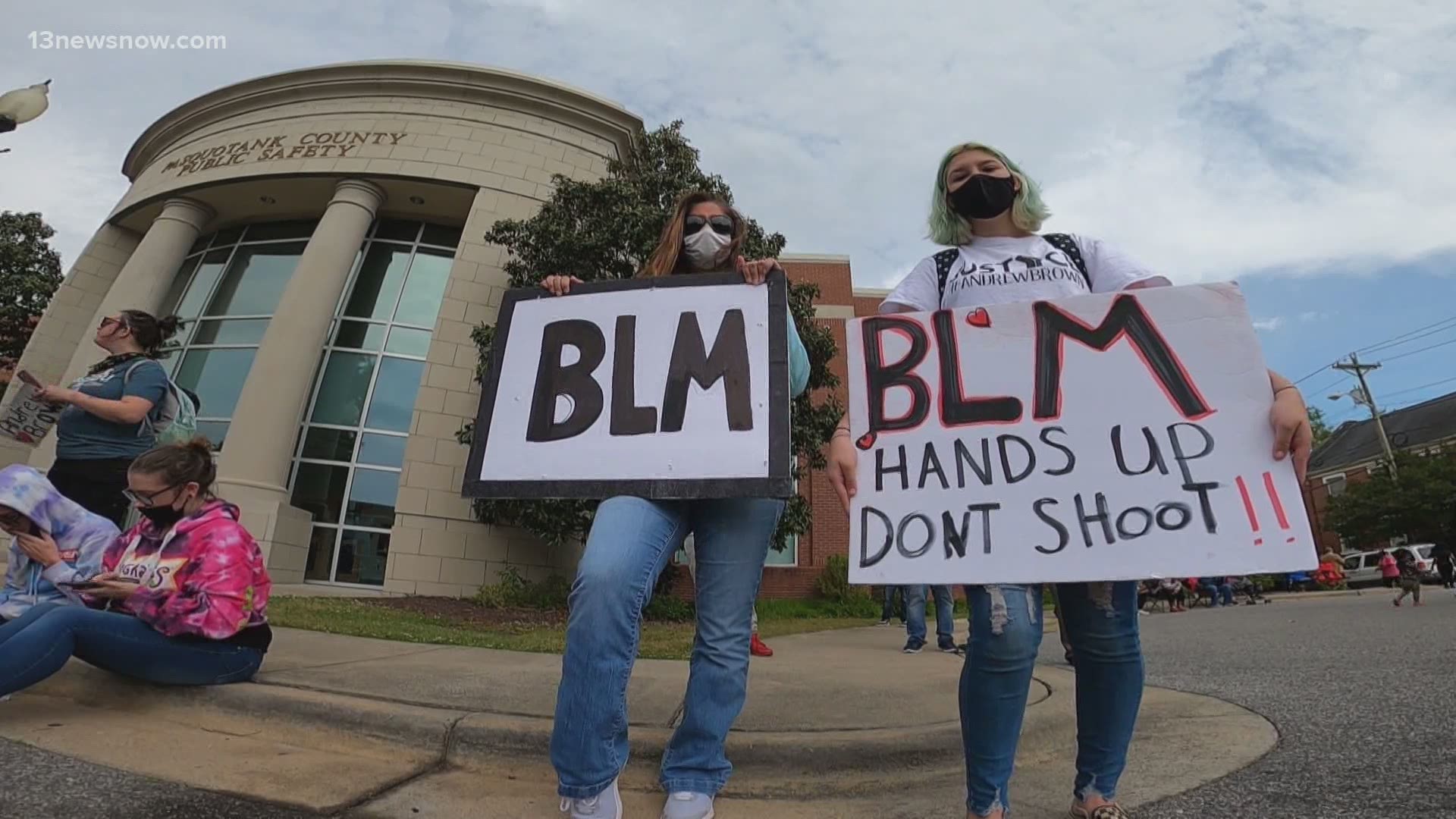 ELIZABETH CITY, N.C. — Attorneys for the family of Andrew Brown said deputies fired at Andrew Brown before he moved his car and tried to drive away.

In an earlier court hearing, District Attorney Andrew Womble said Brown “made contact” with deputies in his car before deputies fired their guns.

Until Tuesday, Brown’s family members had not seen this part of body camera videos, as they said they had only been allowed to watch one 20-second clip that started with deputies shooting at Brown.

After watching videos Tuesday, attorney Chance Lynch disputed Womble's characterization of what happened, saying, "At no point did Andrew Brown pose a threat," to Pasquotank deputies.

Lynch claimed the video shows the first shot is fired, and then Brown backed up away from deputies. He said the deputies reached out themselves to make contact with Brown's car, but Brown did not threaten them.

Civil rights attorney Bakari Sellers said the family watched an "unjustified killing," and that includes criminal liability for the deputies who fired their guns.

Lynch said Brown's hands were visible in his car at all times, Brown did not have a weapon, there were "too many shots to count," at least 12 bullet holes in Brown's car evident on the videos, and conflicting instructions given to Brown by deputies before the fatal shooting.

After watching the videos, Brown's son Khalil Ferebee said, "What's in the dark will come to the light," and restated that his father's shooting was unjustified.

In total, there are about two hours of Sheriff’s Office video, but the family only watched about 16-20 minutes. A judge ruled most of the video didn't show Andrew Brown and was “not appropriate” for disclosure to the family at this time.

That judge also denied the release of the body camera video to the public, and said he’ll reconsider when the investigation is finished.

📸: Protesters and their signs outside the building where family members of #AndrewBrown are watching new body camera videos of Brown’s death

A death certificate says Brown was killed by a gunshot to the back of his head, and an independent autopsy reports he was shot five times.

Attorneys for the Brown family have asked District Attorney Womble to recuse himself from the investigation and prosecution. They say he has “close relationships” with involved officers and wouldn’t be able to prosecute without “inherent bias.”

So far, Womble has not publicly responded to this request.

Meanwhile, protesters in Elizabeth City have called for the public release of the body camera videos of Brown’s death for three weeks now, and they plan to protest again on Tuesday night.

Khalil Ferebee on his father’s death: “What’s in the dark will come to the light.”

Family attorneys say Brown’s hands were always visible in his car. No weapons. At least a dozen bullet holes in Brown’s car and “too many shots to count”+ confusing directions from PCSO @13NewsNow pic.twitter.com/hOBZtVWMz6