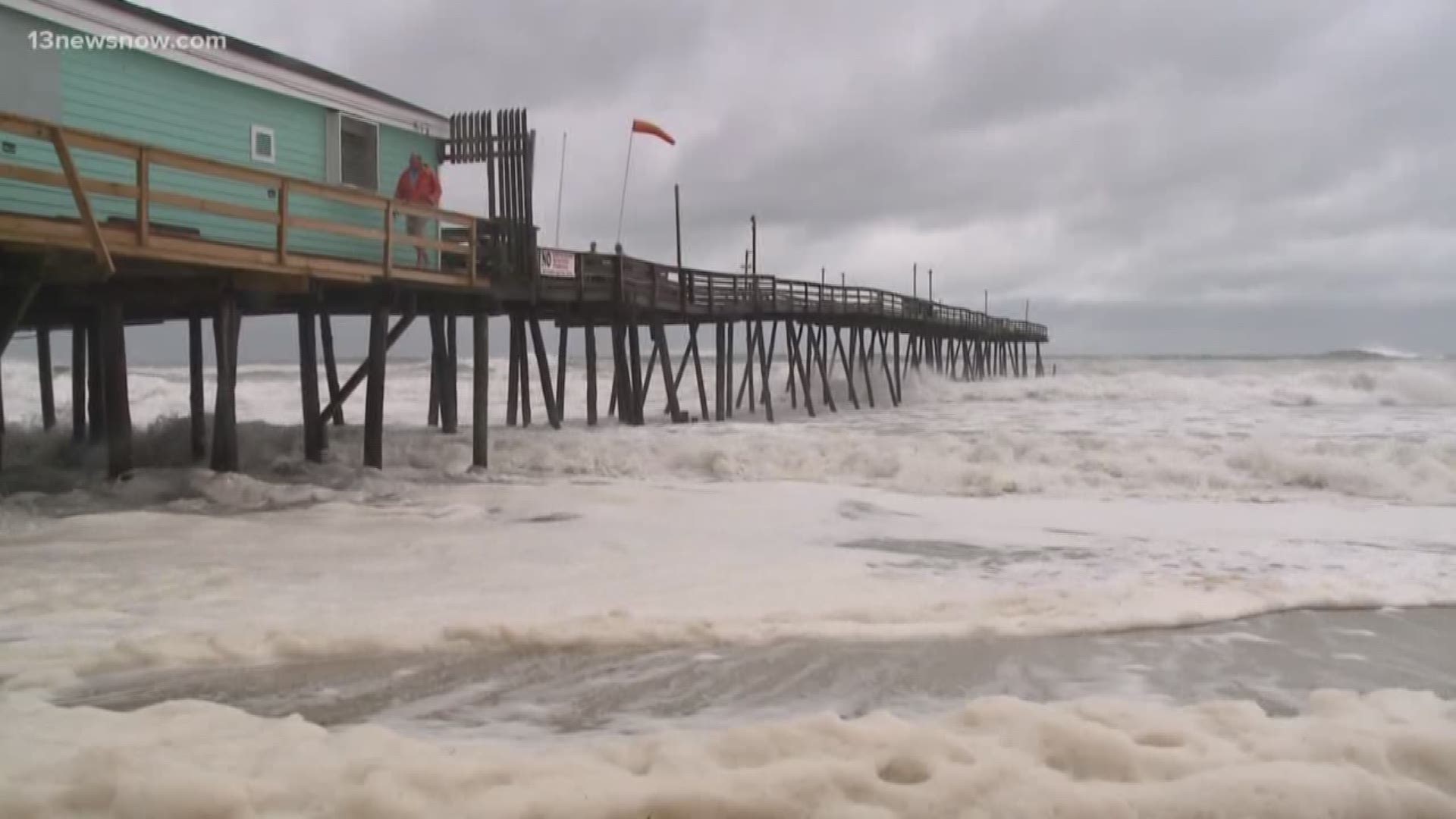 At least two of the fishing piers along North Carolina's Outer Banks suffered heavy damage Friday due to Hurricane Dorian.

Approximately half of Avalon Pier in Kill Devil Hills was swept away by the wind and surf, while about 75 feet from Nags Head Pier was also knocked out, according to OBX TODAY.

On Thursday, the Avalon Pier's Facebook page showed a hurricane party underway with the caption, "Dorian who? Be safe!!!"

Dorian answered, and a photo posted Friday showed a tattered American flag flying over the pier's remnants with the caption, "Well....we are a tad bit shorter today."

Video posted on the pier's Facebook page also showed strong waves still lashing at its remnants, still posing a risk that more of the pier could collapse.

There is no word at this time on whether the owners of the either pier plan on repairing and rebuilding.

RELATED: Storm damage across Hampton Roads, North Carolina from the impact of Dorian