Brown's family saw more footage from the day deputies shot and killed him in Elizabeth City. It won’t be released to the public until the investigation is finished. 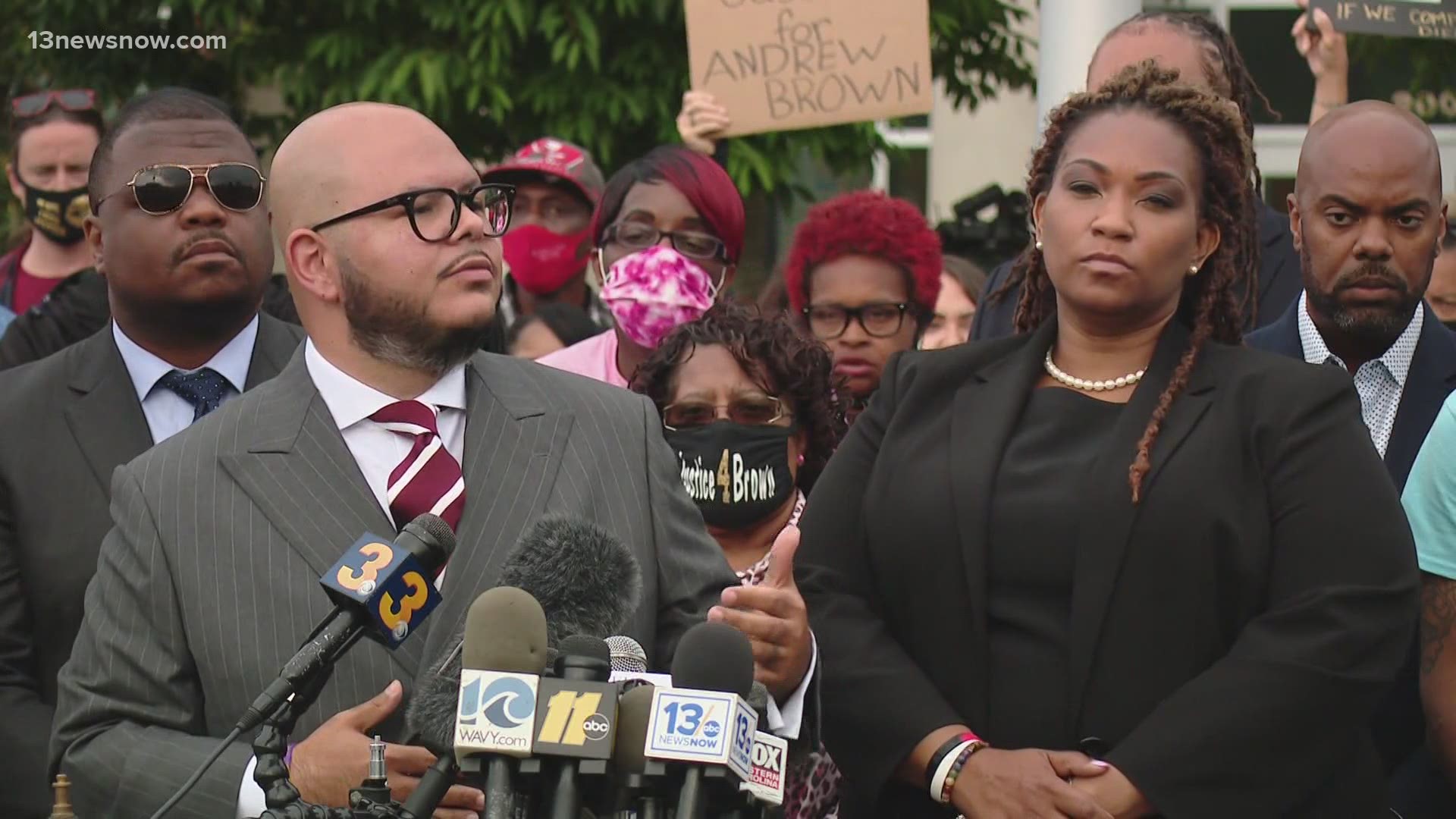 “What we saw in that video was an unjustified killing, something we believe denotes further investigation, and has some criminal liability," family attorney Bakari Sellers said to start a press conference on the grounds of the Pasquotank County Sheriff's Department Tuesday evening.

Brown's family watched roughly 20 minutes of footage across six different videos Tuesday based on a judge's order: one dashcam video without audio and the remaining videos with both video and audio. Until now, the family has only been shown snippets of redacted portions of the available body camera footage, which has drawn criticism from protesters in the Elizabeth City community.

Family attorneys who watched footage alongside the family say it shows deputies "ambushing" Brown Jr. while serving their warrant.

“At all times what we saw was police officers standing on the pavement unloading their weapons. There were so many shots that we found difficulty in counting the number of shots," attorney Chance Lynch said.

Small crowd of protesters marching down Ehringhaus Street in #ElizabethCity, hours after family of #AndrewBrownJr views body camera footage from day he was shot and killed. @13NewsNow pic.twitter.com/nf2s1BvFNP

Weeks ago, family attorneys say an independent autopsy found that Brown Jr. suffered several gunshot wounds, including one to the back of the head. Lynch says the video they watched shows that Brown never appeared to be a threat to law enforcement.

“At no point did we ever see Mr. Brown make contact with law enforcement. We were able to see they possibly made contact with him, but not any actions on Brown's part."

RELATED: Attorneys: Andrew Brown did not drive into deputies before they shot and killed him

Attorneys say the video they watched contradicts claims made by District Attorney Andrew Womble of Brown’s car hitting officers at the scene. They say Brown's actions on April 21 indicate an attempt to save his own life and get out of the line of fire.

“I’ll be damned just because they wear a shield and badge, that the killers should walk free," attorney Harry Daniels said Tuesday evening.

"What's in the dark will come to light," son Khalil Ferebee said.

The video Brown’s family watched Tuesday won’t be released to the public until the investigation is finished based on a judge’s order.