Positivity is contagious at Kingston Elementary School in Virginia Beach. 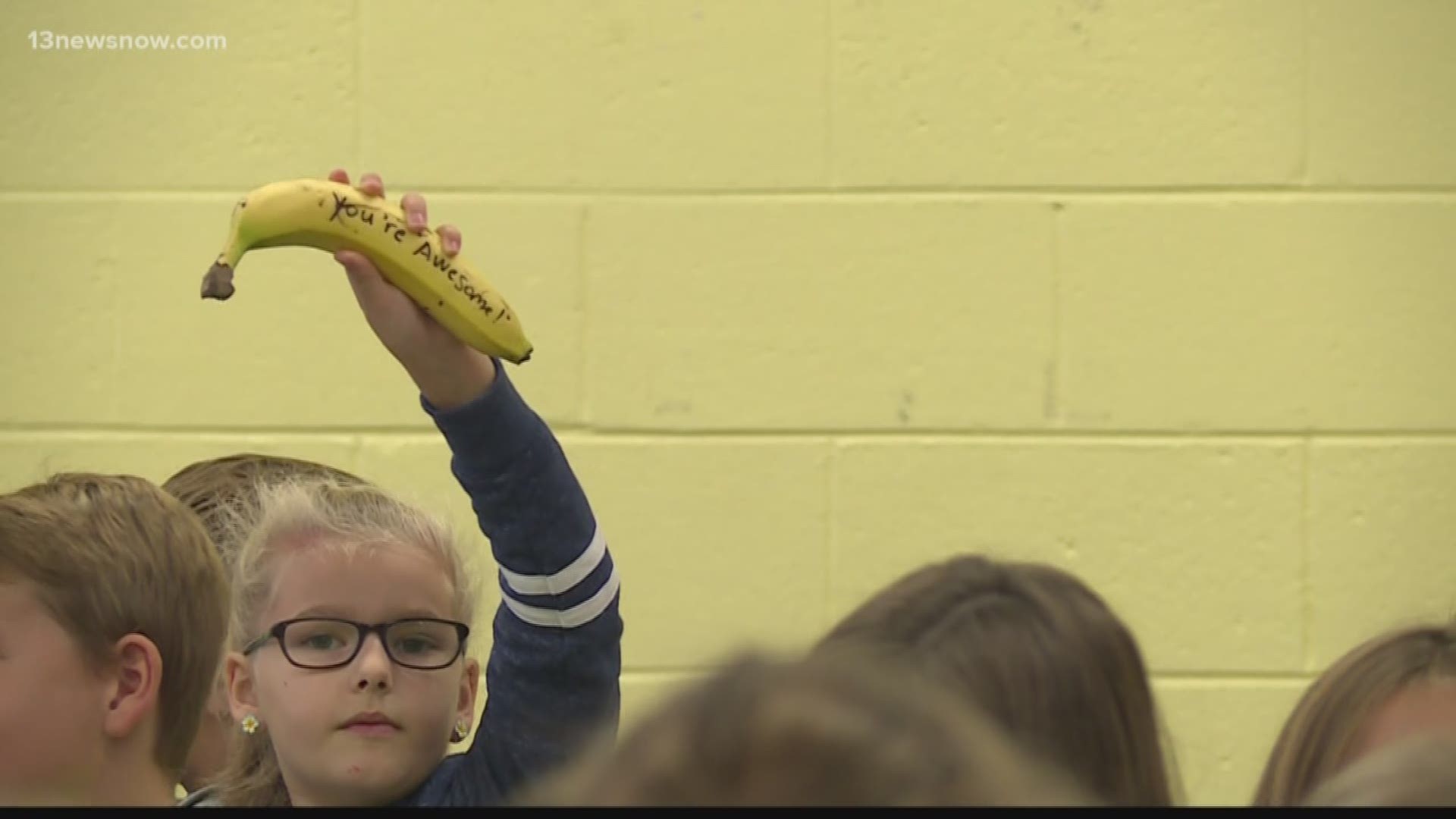 The positivity stems from the woman behind the cafeteria register.

Truman is behind a seemingly simple gesture that has now gained national attention. Last Thursday, she handed out bananas to students with handwritten messages written in marker on the peels.

The gesture went viral, and now it’s captured the attention of the produce company Dole.

“If it brings a smile to their face I’m all for it,” said Truman.

The company donated 550 bananas to the school to be handed out once again on Friday. Each and every banana had a handwritten message from Truman.

The messages were all positive and uplifting, encouraging kids to “be yourself,” and “aim high!”

The “Talking Bananas,” as they’re now called, are something Truman does at home for her kids as well.

“This is going to be who’s running the country one day,” said Truman. “Why not make them the best they can be?”