United Way of South Hampton Roads held an event for individuals to come and write a note to the City of Virginia Beach employees following the deadly mass shooting. 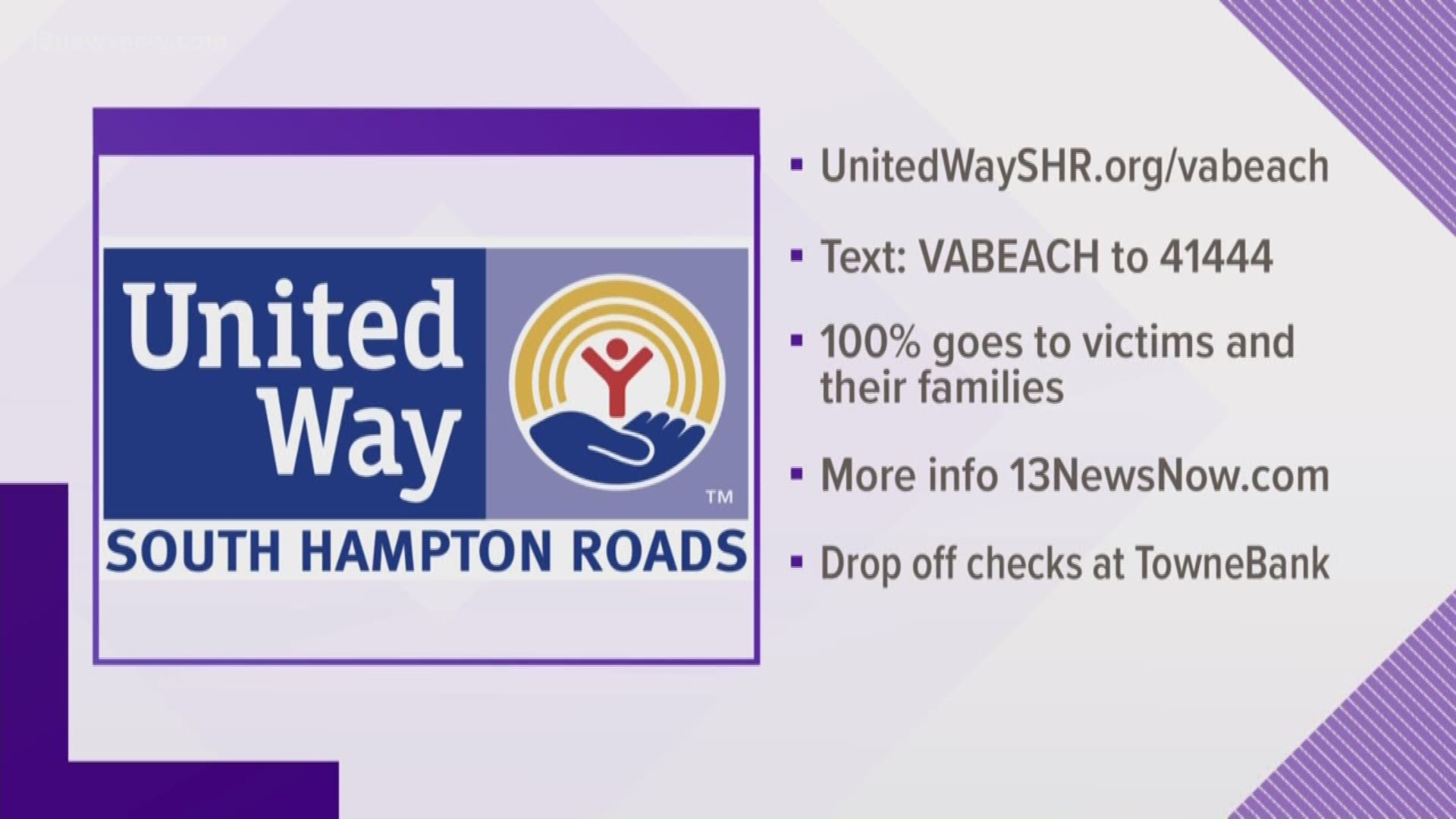 VIRGINIA BEACH, Va. — Over 50 people stopped by the United Way of South Hampton Roads on Sunday to write cards to employees impacted by the Virginia Beach Municipal Center mass shooting.

On May 31, a gunman went into building two around 4 p.m., and within minutes 12 people were killed and four were injured. The community has been uniting in a handful of ways including about a dozen vigils, and a memorial outside the Municipal Center.

Writing the notes was another way to encourage the employees, and to help bring the community together. During the event, therapy dogs were there to comfort visitors.

In total, 382 notes were written. The United Way of South Hampton Roads said it will be collecting more notes until 4 p.m. on Monday, June 3. Anyone can drop a note off by the front door.

United Way of South Hampton Roads is the official organization collecting donations for the Virginia Beach Tragedy Fund. All of the funds raised, 100 percent, will go to the victims affected by this senseless tragedy in our community. Click here to learn more.

RELATED: How to help those affected by the Virginia Beach shooting