The grants will go toward building more than five acres of new Lynnhaven oyster reef and stocking the reef with 5.5 million oysters. 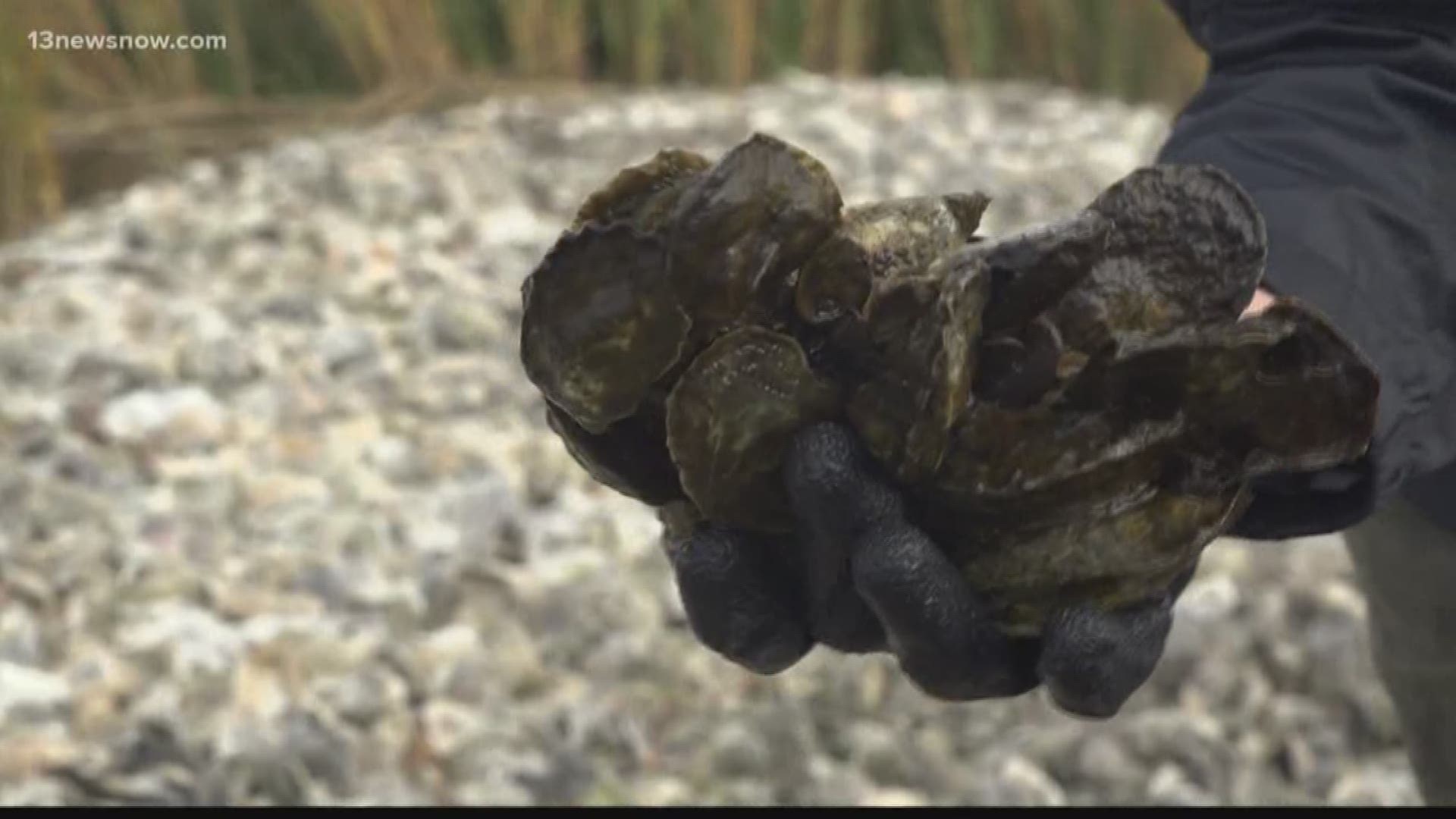 Both organizations received grants totaling to $400,000 from the National Fish and Wildlife Foundation.

The plan is to use the money to build more than five acres of new Lynnhaven oyster reef and stock the reef with 5.5 million oysters.

Lynnhaven River NOW and the Chesapeake Bay Foundation received two grants back in December 2018 to aid in the same work. These most recent grants will help them expand the reef they've been building since last year.

This is all a part of a long-term effort to achieve a thriving oyster habitat on more than 150 acres in the Lynnhaven River.

“We are thrilled to have received this NFWF funding that will enable us to continue our successful oyster restoration work in Virginia Beach. Lynnhaven oysters have been renowned for centuries and it is a privilege to be able to be a part of bringing them back to the river.

“Oysters are a keystone species in our salt water estuaries supporting not only improved water quality through their filtering capacity, but also building habitat that is vital to many marine species. We have already seen the benefits of a growing oyster population in Linkhorn Bay and Broad Bay and are excited to bring these same benefits to the Eastern and Western branches of the river.

“The projects supported by this funding will bring us closer to our goal of 152 acres of sanctuary reef in the three branches of the Lynnhaven River. Oyster restoration in Virginia Beach is a community success story and would not have gotten this far without the support and involvement of the citizens, the City of Virginia Beach, the Virginia Marine Resources Commission, NFWF, and all the great partners including the Chesapeake Bay Foundation. LRNow applauds this great partnership and is happy to be a part of this team effort.”

“This major federal support will lead to millions more oysters in the Lynnhaven River. Thanks to this grant, in 2020 CBF and LRNow will build new oyster reefs that will filter water, create new fishing hotspots, and boost the local oyster population. We’ll also engage the community by expanding oyster shell recycling, oyster gardening, and other volunteer opportunities.

“We’re eager to be part of the team effort to dramatically restore the oyster population in the Lynnhaven River. CBF has spent years focusing on oyster restoration in the nearby Lafayette River. The techniques we developed there will help CBF work even more efficiently in the Lynnhaven.

“NFWF grants have been crucial for both restoring 10 targeted Bay tributaries for oyster habitat and supporting the Chesapeake Oyster Alliance goal of adding 10 billion oysters to the Bay by 2025. Many thanks to NFWF, LRNow, and our many other partners working to restore Lynnhaven River oysters.”