The nation's best indoor skydivers will train in Virginia Beach as leaders in the sport eye a potential Olympics opportunity at the 2024 Summer Games in Paris. 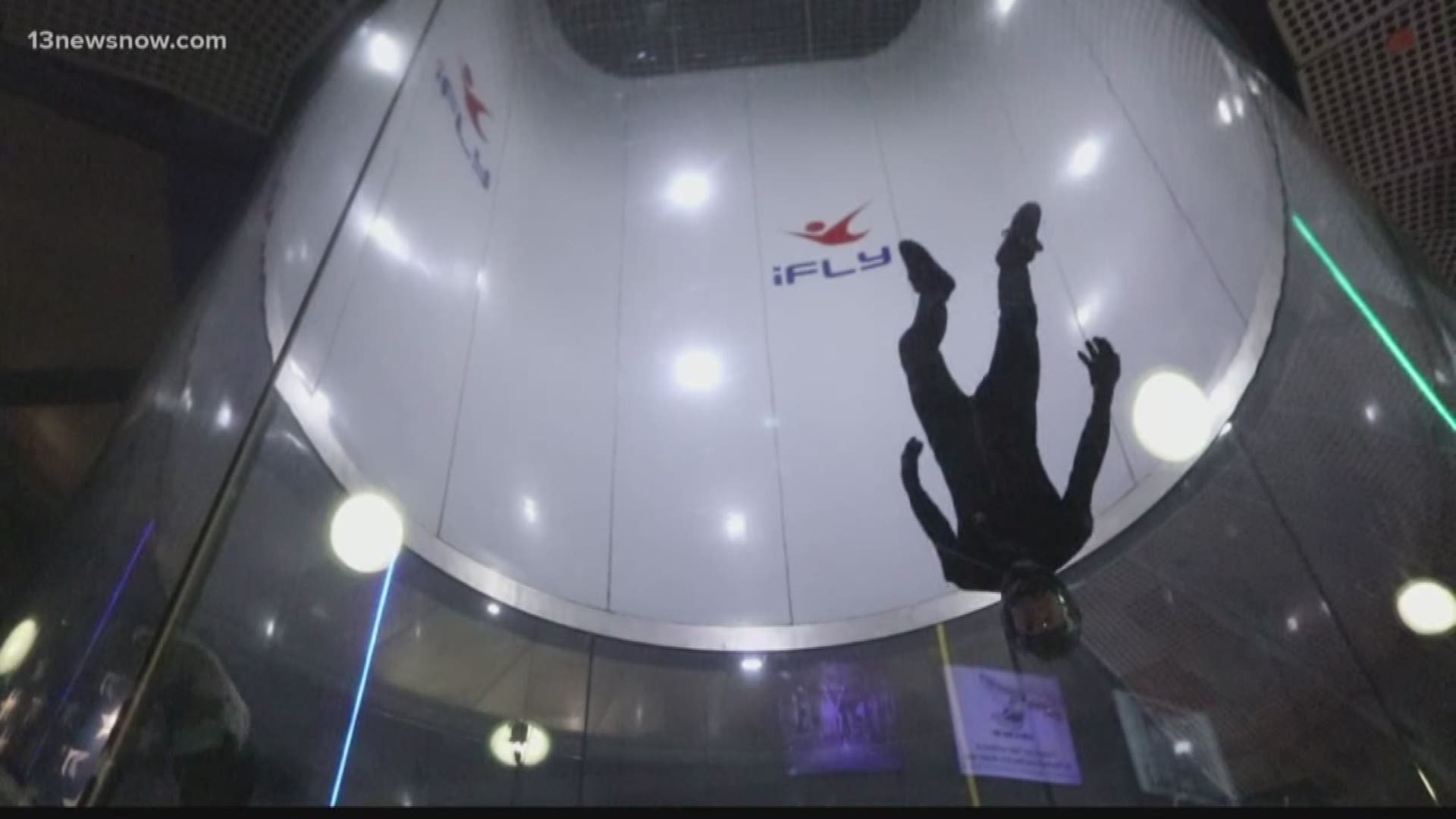 Pizzini said athletes will train at iFLY Virginia Beach for international competitions and, potentially, the 2024 Summer Olympics in Paris.

"If this becomes an Olympic event in 2024, then we had future Olympians in this building last weekend when we held the national championship," he said.

France, a worldwide leader in the sport, applied for indoor skydiving to become an exhibition sport at the Paris Olympics in the summer of 2018. A decision from the International Olympic Committee is expected later in 2019. Pizzini believes it's likely the sport could debut at the Olympics on an exhibition basis in 2024.

"It's highly likely to mean that we have future Olympians who live in the city of Virginia Beach," he said.

"It's been such a huge opportunity and it's really taken something that was just an attraction to the whole next level," Helman said.

Pizzini said indoor skydiving is a sport which develops athleticism, agility, balance, and coordination. He said the sport will continue to grow both domestically and internationally in the years to come, and noted how indoor skydiving facilities continue to expand across the United States.

"The potential for Virginia Beach to become an internationally-recognized location for the sport is huge, it's significant," he said.