A crowd cheered as workers removed a Confederate statue near the site of a violent white nationalist rally three years ago. 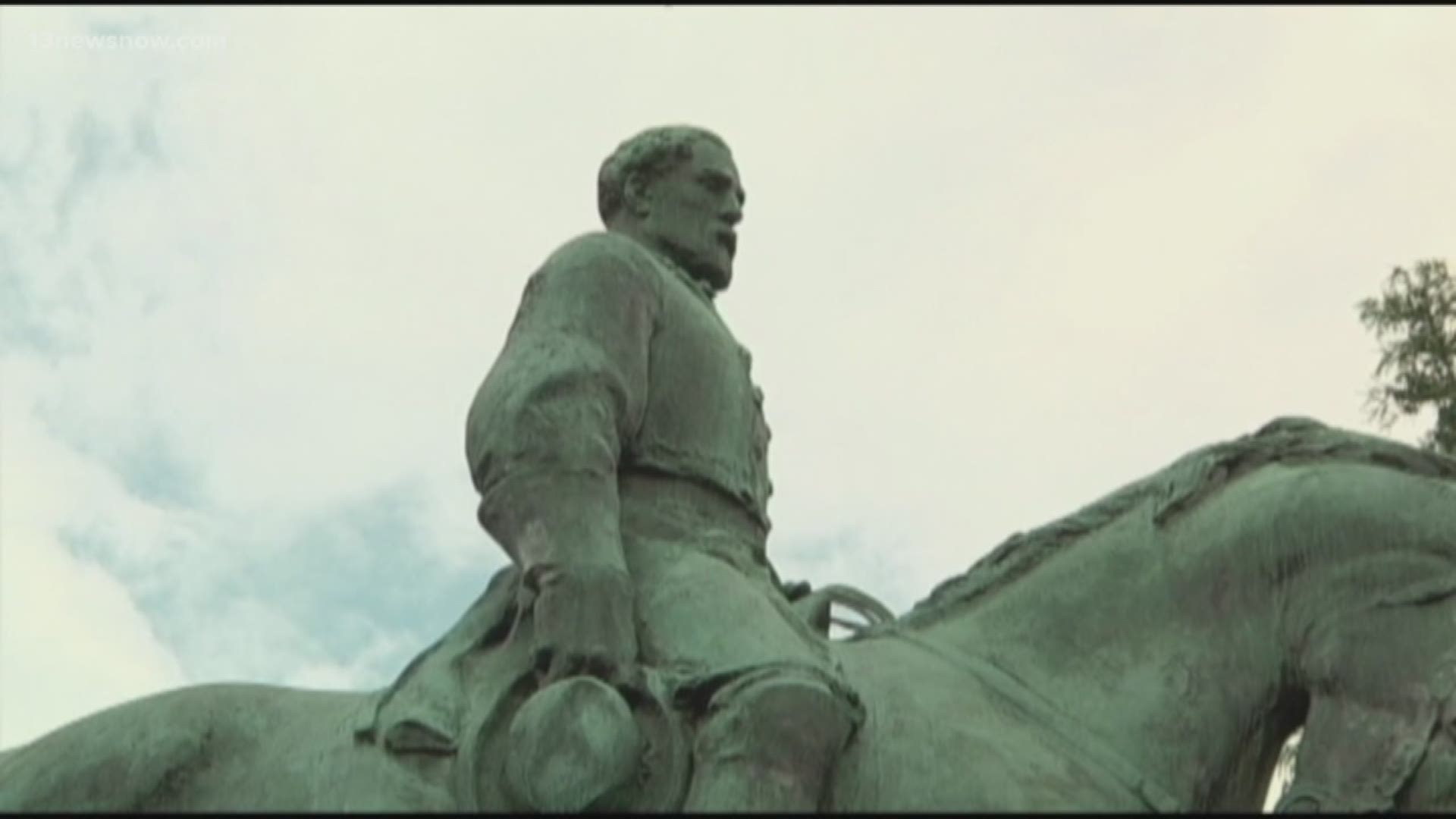 CHARLOTTESVILLE, Va. — A crowd cheered Saturday as workers in Charlottesville removed a Confederate statue near the site of a violent white nationalist rally three years ago.

The removal of a bronze figure of a Confederate soldier known as “At Ready” is seen in Charlottesville as a milestone in eliminating divisive symbols of the Civil War.

The process of removing the statue began Saturday morning as workers affixed straps to the 900-pound statute to prepare to remove it from its base.

A crowd of about 100 people cheered behind metal barricades as the figure was lifted from its pedestal and lowered to the ground.

The statue has been outside the Albermarle County courthouse for 111 years.